A Fabulous and Faster Recognition on your way!

72 Hours Film-Countdown is a brand-new online film festival presented by the renowned International Open Film Festival. The season is for 72 hours only. The Festival announces the result of the films submitted within 72 hours after the season completed. The festival is held online mode. You are welcome to submit any type of films such as short films, music videos, ad films, educational videos, documentary videos, animation videos, script works, storylines, and other categories too.

The Festival will announce the result by 96 hours of its opening, it will provide certificates to all the independent reputed Filmmakers'. All films will be applauded with laurel and certificates by considering the best out of each category. The Festival decided to glorify this challenging contest (carnival) with a prestigious award named, " HALL OF FAME".

72 Hours Film-Countdown is conducted to support all independent filmmakers globally!!!

You can submit any kind of work here. There are no rules and regulations. Also, you can submit the same film for multiple category awards. 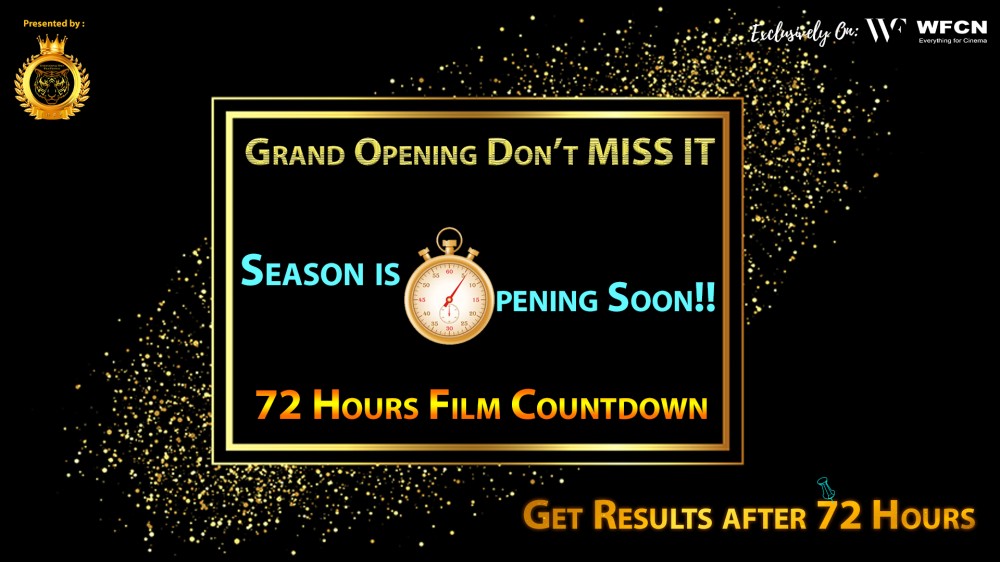