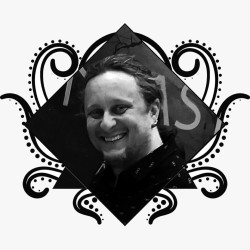 
About
Bio
Welcome to the 10th Cinefantasy!

We´ve created CINEFANTASY - INTERNATIONAL FANTASTIC FILM FESTIVAL with the purpose of encouraging, discussing and broadcasting the fantastic film genre and their universe.

A genre that has the creative potential that allows exploration into unknow and unique territories, promotes imagination, and also presents current and necessary topics.
​​
In the past 9 editions, we have presented 927 movies, 53 creative workshops, 3,308 submitted movies, and attracted more than 20 thousand people that attended our festival.

In our last edition, our free media expuser was valued at an equivalent of R$ 12.7 million and impacted more than 15.8 million people.

Cinefantasy is a founder-member of FANTLATAM - LATIN-AMERICAN ALLIANCE OF FANTASTIC CINEMA FESTIVALS, which is a festival federation from Argentina, Brazil, Chile, Colombia, Mexico, Panama, and Uruguay. It promotes the exchange, cooperation and sharing among the festivals.

The 10th CINEFANTASY held in São Paulo's capital from September 08th to 13th included scheduled programming for educational activities, and also nomited competing films and other showings as well. All the competition categories received the JOSÉ MOJICA MARINS TROPHY at closing night.

To celebrate its 10th edition, we will be presenting in many Brazilian States the "10Years of Cinefantasy", a compilation of 10 selected films from the fantastic universe.
​​​​​​​
Come join us for the 10th edition celebration!

Welcome to the 10th Cinefantasy! We´ve created CINEFANTASY - INTERNATIONAL FANTASTIC FILM FESTIVAL with the purpose of encouraging, discussing and broadcasting the fa... more