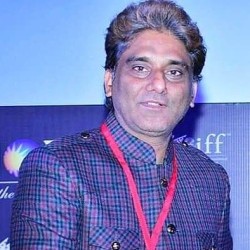 
As a Founder of RIFF FILM CLUB - First Film Club of Rajasthan which bring film lovers & film makers together to enable exchange of information and single window solutions for film industry..

The Club Aims to do creativity through year round Activities like :

RIFF - Rajasthan International Film Festival stands being a new organization in the area of international cinema, which will make endeavors towards imparting a novel identity to the world cinema, through conducting film festivals in the city of Jaipur every year. RIFF will continue to work concerning technical and academic aspects of cinema. The organization will make attempts to connect the world cinema with the common public and making it a social concern, through conducting various seminars, debates and discussions. Rajasthan International Film Festival ( RIFF ) , Jaipur is the biggest Academic and Glamour Film Festival in Rajasthan. This FIVE day extra vaganza showcases a diverse, language independent, selection of the best feature films, documentaries and short films from around the world, on themes of Hindi and English and other Rajasthani cultures and identities. In addition, the festival also features concerts, gala events, film parties, seminars, workshops and networking opportunities with government representatives, business leaders, local organizations that support film development, film stars, producers, directors, members of the media and more.

Vision and Mission : RIFF will provide an opportunity to heighten awareness of Hindi and English and Rajasthani cultures and identities to audiences of all cultural backgrounds. RIFF will present films in their original languages with subtitles in an effort to build cross-cultural bridges. The Festival also aims to provide a platform to young Rajasthani to showcase their creativity. The Vision and Mission of RIFF is guided by an advisory board composed of respected political, business, arts, community and media leaders.

As a Founder & Managing Editor running First Bi-Lingual (Hindi-English) Life Style Monthly Magazine “SIMPLY JAIPUR” and Weekly Newspaper “VOICE OF JAIPUR” which started on March 2012 & 2013 on Women’s Day. lifestyle Magazine and Newspaper circulated not only in Jaipur and Rajasthan also Pan India, has been consistently recognized by its readers for its unique name and quality design. We are attracting elite class enthusiastic who want to expend, explore and experience the richness and beauty of the life. SIMPLY JAIPUR & VOICE OF JAIPUR'S mission is to bring communities together by providing a powerful and informative media network between its readers in the country and worldwide. Starting from a place like Jaipur, Rajasthan which is renowned for its rich culture and one of most famous destinations from the point of view of tourism in India, Our Magazine and Newspaper is targeting not only those people in the fashion or glamour industry, but also people from every walk of life. The SIMPLY JAIPUR & VOICE OF JAIPUR also addresses various Myriad topics on lifestyle like fashion, beauty, health and wellness, education, art and culture, food, travel and tourism. Lifestyle Magazine and Newspaper brings the country to life for its readers. Each issue gives an insider look at all the most current, tantalizing and evergreen informative topics magazine and newspaper has to offer. We are also featuring artists and celebs who have earned worldwide fame. We encourage sincere entrepreneurs and group who have contributed economically, socially and culturally towards changing the scenario of country. We have our great presence with online readers of all ages worldwide, though realistically our target readership is the adult audience who are dynamic, proactive, trendsetters with higher household incomes. Our vision is to provide ever-lasting values to Rajasthani’s. This publication features new trends in lifestyle in every edition, with different vision and thoughts of Rajasthani’s with high quality format. Our publications feature new trends of lifestyle in every way in every edition. Magazine and Newspaper is growing global now same as our city Jaipur which has a graceful recognition on the world of map and we hope to add the content and informations for more cities and countries in our every editions of Voice of Jaipur. Every week we are trying to highlight different topics of awareness in every segment like Education & Career, Elections, Films, Entertainment, Wellness, Sports, Food, Jewellery, Property & Builder, Social activist, Women empowerment etc.

• Owner of Ash group, Ash Group ( www.ashgroup.com ) started in 2003 in this group we have IT and Software Development work in Cyber Ash Softech Pvt. Ltd. Also Computer Hardware & Software and Website Hosting and Website and mobile application development and doing email marketing and in MEDIA and PR running Life Style Magazine and Newspaper and also Do Events like in education on Teachers day every Year do “ Principals & Teachers Award “ for felicitate Teaches initiate by “Thar Sarvoday Sansthan” and also do Film Festival nationally like RIFF – Rajasthan International Film Festival and Internationally friendship film festival in Nepal etc initiate by RIFF Film Club.

• Have more then 17+ years of experience as Director to run ASH Group, and our group involve in IT Services and MEDIA and PR , Entertainment Activities and also received “THE BIZZ 2010” Award and “Danik Bhaskar MSME Awards 2011” & in 2012 received “Business & Service Excellence Award 2012” and “ Special Recognition Award on National PR Day – 2018 “

• More then 8+ years of experience in running Life style Magazine and Newspaper and also writing as a Freelancer in different National Leading News Papers and Magazines.

• Founder of THAR SARVODAY SANSTHAN ( Reg. under Society Act from 1996 ) and he served Humanity, Art & Culture , Literature, Wellness and Education projects (www.tharsarvodaysansthan.org) from initiated with his father from 1996

• Socially useful productive work done : Writing many articles which base on Social issues and also conduct and participated with many NGO’s seminar like Save Girl Child , Plastic Cow campaign , No Tobacco , Save Bird on makar sakranti , Bird Watching , Clean water and Save Water etc and also do Film Screening & activities through RIFF FILM CLUB.

• Vision/Mission: Want to Provide Platform to promote young entrepreneur, through with my profile and my vision/mission I can get more recognition in my profession. 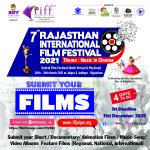 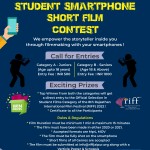