SOHO Film Fest celebrates the cutting-edge of digital technology while honoring traditional forms of storytelling, encourages new and seasoned filmmakers from here in New York City and around the world to create and send in their fresh and innovative cinematic pieces.

Accepting full-length features, short films and documentaries from professionals and amateurs alike, SOHO Film Fest will hold screenings, panels and host social events and other networking opportunities for everyone involved. Leading figures from all disciplines of the film industry including distributors and media will be in attendance.

SohoFilmFest will accept films in every genre, on any topic from every country around the world. If needed, films can also be submitted with a hard copy application form. Please contact [email protected] for information about an alternative submission method.

The 2021 films will be selected by the festival programmers. All selections will be posted on our site July 30, 2021

If a film is accepted, entrants will be solely responsible for delivering their exhibition video materials to and from the festival venue. Complete press kits will be needed as soon after notification as possible in DIGITAL FORMAT. SohoFilmFest cannot be held liable for your exhibition print/video materials which are lost or damaged during shipping. It is the responsibility of the filmmaker to pre-arrange pick up of exhibition copies after its screening. Submission fees are non-refundable.

If your film wins either a Jury or Audience award, you are required to mention this in your posters and other promotional material if and when the film gets distribution.

SCREENING REQUIREMENTS: If your film is selected for exhibiton, please be advised that SIFFNYC will require: 1 Bluray or DCP plus DVD for archives.

SHIPPING INFORMATION:
* PACKAGING - Ship your media in a bubble-pack envelope. Do not use a fiberpack. The festival is NOT RESPONSIBLE for damage to media incurred in shipping.
* COSTS & LABELING - All shipping costs TO and FROM New York City must be PAID FOR BY THE SENDER. All media MUST indicate title, shipper's name, and shipping address. To confirm receipt, please include a self-addressed stamped postcard with your entry.
* We cannot confirm receipt of packages by telephone. DO NOT CALL please email.
* International Entries - All entries from outside the US should be sent via Air Mail Registered, Fed Ex and UPS or by a parcel.

RETURN OF ENTRIES - Submission preview media WILL NOT be returned.

ELIGIBILITY REQUIREMENTS:
* Films must have been completed within 2 years of festival dates.
* Submission media, completed submission form, and submission fee must be postmarked by specified Early Deadline, Regular Deadline, Late Deadline and received no later than Extended Deadline for each festival season.
* World and US Premieres are not required.
* All films and videos in a language other than English must be subtitled in English for Festival presentation.
* Filmmakers must deliver final format (as indicated) for festival screening. No exceptions will be permitted.

For any other questions, feel free to contact us at [email protected]

Right To Enter:
Entrants warrant that they have the legal right to enter film work to the 2020 SOHO International Film Festival NYC. As the Director/Producer of the Film, entrants have submitted to the Festival, entrants represent and warrant to the Festival that the Film and all parts thereof are original; that the Film does not contravene the rights of any person or entity and that entrants own or control the Film and all parts thereof and have the sole authority to submit the Film to the Festival; the Film entrants submitted to the Festival is not subject to nor threatened by any litigation. Entrants acknowledge that no fiduciary or confidential relationship now exists between the Festival and entrants, and entrants further acknowledge that no such relationship is established by these guidelines, my submission of the Film, or by the Festival’s acceptance, review or retention of the Film.

Add to My Favourite
Photos
"> 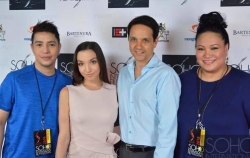 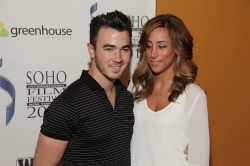