The organizer of the festival is an Autonomous non-profit organization in the field of arts development "Festival Plus".
"Sochi Film Festival" is an annual cultural event dedicated to strengthening and improving communication between people of different cultures through the art of cinema. We hold free festivals for residents and guests of Sochi, providing access to world-class movies. We strive to enrich the cultural environment by presenting the film in a context that encourages discussion and discussion. In 2021, the theme of the festival is "New names of world cinema"
"Sochi Film Festival" supports young Directors, students, and screenwriters. We strive to show the best feature and short films in various genres from all over the world that meet our requirements.
25.02.2020

RULES & TERMS
This agreement between "Sochi Film Festival" (SFF) and movies manufacturers.
This agreement entry into force from the moment of submission on the sites of our partners.
SFF does not have limitations on the genre's and directions of films.
Duration should not be more than 180 minutes.
Film must be related after january 1, 2021.
The film is not obliged to be primary.
All films selected for the festival, must not violate the law of the Russian federation and the moral-ethic standards.
All materials are only online on the sites of partners of the festival or on direct on e-mail only by shares and newsletters.
The festival of the festival is selecting the film.
Jury considers only the films, the authors which payed the initial contribution on the sites of partners.
The opening fee is not refundable and does not allow the 100% guarantee of the film exhibition at the festival.
All materials which will be sent to SFF do not return.
SFF has the right to use all advertising materials and trailers of films for placing on the site of the festival, and on media channels and in sots networks, as you tube, twitter, facebook, etc.
Materials different from English and Russian language for selection must have an English or Russian subtitle.
Films past official selection, recommend have Russian subtitles.
Participants of the festival must provide the copy of your film in any digital format, online.
Films selected to show at the festival, all state checks must be taken. Obtaining rental certificates for non-commercial events at festivals is not necessarily under the law of the Russian Federation.
SFF helps to make subtitles and take all the required checks of obtaining all documents to show in state instructions, for a separate charger, which could be indicated individually.
SFF any time to change dates and time of carrying out, also venue and other information in this agreement. SFF does not have to alert the movie manufacturer on changes.
When registering on the site, you agree to receive letters with news, promotions and other materials.
New agreement entry into force after the publication on the festival site and on the sites of the partners.
The application is submitted by electronic signature, and you agree to all the conditions specified above. Organizer of the festival autonomous non-profit organization in the sphere of arts development "Festival Plus"
10/01/2020

Add to My Favourite
Photos
"> 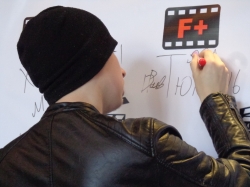 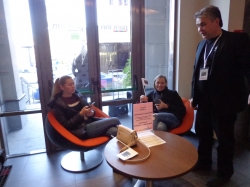 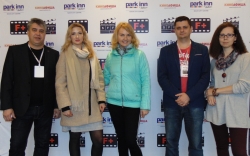 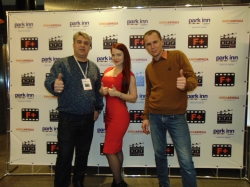 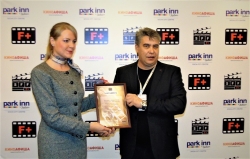