A story about the morning life of a lonely man 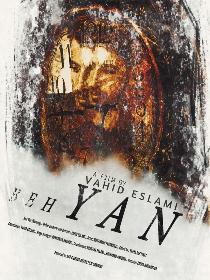 A story about the morning life of a lonely man

Born on March 10, 1976 in Ilam
.Film maker, film and theater critic, screenwriter, director and producer of radio and television.
Learned art from Tehran University of Art and Architecture
✔️ University lecturer
✔️ Lecturer in filmmaking at the Iranian Youth Cinema Association for 18 years since 2002
Film critic since 2004.
Instructor of various cinema workshops
✔️Producer, writer and director of films of the thirteenth month of the year, Zara, Horeh (winner of the best film award at the Radio and Television Production Festival), Rahaei, wheelchair, time to sacrifice, broken dream, slave of love, etc.
✔️ Producer and director of Shah Parian, a simple life,, Monira Khatoon, on a pedestal platform and... documentaries
✔️ Director of plays like Zulfiqar sunset , Restless, the safest corner of the world, Phoenix, Aziz Mai, and courtship
✔️ Producer of Gol Hero TV programs (winner of the best evening program at the Radio and Television Production Festival in 2016)
✔️ Judge of various film and theater festivals since 1983
✔️ Winner and winner of various film and theater festivals in the country

✔️ Author of the curtain scene book (a collection of several plays)

0 Reviews
Be the first to review this film!
Write a Review: