Dialog draws inspiration from the famous words of Plato: "Music and rhythm find their way into the secret places of the soul". It tells a poignant tale of our struggles, as we learn to win it every day in this beautiful dream called Mumbai. Dialog is pure musi... read more 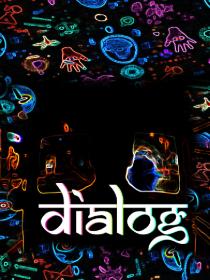 Souvik is an award-winning scriptwriter, film-maker. Please see the resume and the profile shared below. He had been trained in Film, Television, and Video Production from Xavier Institute of Communications after being a first-class graduate in English Honours. He had been working in the creative domain for the past 6 years. In the past, he had worked as a producer for shows on MTV, Colors, Star Plus, Hotstar, and Zee TV et al. Kindly refer to the resume attached to the WFCN profile for more details.

Souvik is a registered writer with the SWA and is currently working as a freelance writer, director. He is pitching and working on both short and long formatted scripts besides working on some quality corporate projects on the side.

Here are a few videos that he directed recently

Dialog presents an intriguing communication through the soul of the streets and the tireless workforce of the city of Mumbai. The musical short film infuses organic sounds of the street into poignant melodies to tell a story in the form of lore. The film talks about the vehemence with which the workers thrive in the city despite the heavy-duty onslaught of the uncertainties that their businesses and their lives entail.
Dialog draws inspiration from the famous words of Plato: "Music and rhythm find their way into the secret places of the soul"
No instruments were used in the making of this track.