The life of IKE, a depressed city slicker, changes abruptly when he becomes the instrument of an alien force and thus responsible for the entire destruction of our Earth. 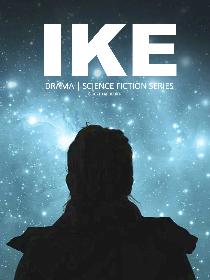 The life of IKE, a depressed city slicker, changes abruptly when he becomes the instrument of an alien force and thus responsible for the entire destruction of our Earth.

Kay Becker was born in Potsdam in 1985 and grew up as a classic fringe child. Having moved several times between Berlin and Brandenburg, he decided to finish high school in Falkensee rather than emigrate to Switzerland with his family.

Since the age of 15, Kay has been working continuously on his professional career. After a few detours in front of the film and photo camera, he successfully completed his training as an event manager in 2009, followed by his editorial traineeship. The following years were peppered with editorial film and television experience as a producer. He worked on various projects, film sets and national and international film premieres.

With the founding of HIMHIMHER in 2013, Kay bundled everything his past taught him and helped him along the way. He produced dozens of online and offline spots for well-known brands (Mercedes-Benz, Ferrero, Audi, Netflix, Vattenfall, etc.), created online shows and directed a wide variety of projects.

In 2018, his feature documentary dream #nippoff came true and since then Kay worked on three scripts, develops reality shows and dreams himself to the beach by writing songs and poems on the side.

I have asked myself for a very long time that one question, what would I do if right here next to me, now in my garden a small alien would crash?

Would I go there? Would I be afraid? Even if I wasn't, what would happen? Would he kill me, or ignore me? Or would he be here by chance and we become friends? Or is he also just someone who is on his way to do his job?

IKE didn't ask himself the question, but was forced by fate to find out the answer for himself. If I were in IKE's place in his backyard, I probably would have gone to work the next day and continued as usual.

How does the real, real life change, outside of the cinema and the movies, if you really come in contact with an alien in your own now? Only you! No one else; no one has seen it.

Now in this moment you are. I found the situation quite exciting. Coupled with someone who already has a hard time in life, even more exciting. Therefore, all the more interesting, as someone who seems to have experienced something very sad, impactful; how would they deal with that situation? What does a depressed early 20-year-old, who is alone and realizes, the alien has transferred his consciousness into him and now he can do everything that the alien can do ...

I would also play superhero for a moment, however the alien will have crashed for a reason. What would be his task? What is his job? Why is he here?

The second very interesting thought that is always buzzing in my head is the question: do we still have a chance? Are we too late? Can we even save our planet? If everyone works together, do we really still have a future to survive? Or will it only be possible for a small selected group to endure the up-coming consequences?

What if the alien’s job is to finally destroy the Earth in order to create space for something new? To demolish, recycle and recreate.

What if a poor young man, just trying to get back clear in his gray life contaminated by pandemics and bad mood, realizes that he is the one who is going to destroy the Earth and nobody can stop him. No one, because it's just time to give way ...