Twenty-Fore is a story-line of a drama, mystical, suspense & thriller themed web-series or a TV show in which a girl's character named Amelia; accidentally gets the power of precognition – the power of seeing the future of only the twenty four hours from th... read more 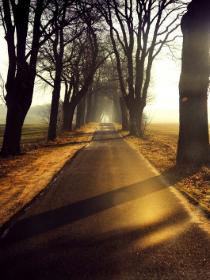 Twenty-Fore is a story-line of a drama, mystical, suspense & thriller themed web-series or a TV show in which a girl's character named Amelia; accidentally gets the power of precognition – the power of seeing the future of only the twenty four hours from the sunrise of each day.

Amelia gets this power from a witch who tries conjuring a spell for herself but it slips off from her cauldron and enters Amelia's soul.

The episodes will ravel through Amelia's journey of Life; from her childhood and further when she meets a handsome young lad named Roy. Later Amelia chooses to come out of her misanthropic solitude and takes the wedding vows with him, the story widens into new horizons and unveiling unmeasured surprises for Amelia and how she resonates with the undiscovered tunes of modern urban life.

The premise of the episodic is ordained to project how Roy and Amelia successfully keep the secret of her power; yet in the episodes the viewers will know everything about Amelia from the beginning point of how she gets the power and further how she uses it for saving the world around her and for other surprises that she will have already foreseen.

The parallel side of the story will also show the chase of the witch attempting to regain the spell from Amelia in the first season of all the episodes filled with mystic, magical and thrilling events that will bring the viewers to the edge of their seats wanting to know what's going to happen in the next episode(s) and further in the next season.

On the other hand the tale of the old-hag thickens the darkness of her other powers as she tries out everything through her witchcraft to get closer and closer to Amelia and after failing to reach to her several times; she somehow manages to come in Amelia’s vicinity.

Since childhood I've had the incline in writing for school theatrical shows, plays etc. Time and basic-needs overtook the possibilities to get to work in the field of creative writing and Life kept moving on. On May 23, 2012 an American author named Jana Hunt revitalized the spirit of a writer in me and I got the opportunity to write her novel into a screenplay after a long time.

Maybe it wasn't enough for the time to ask me to wait for more that we couldn't do nothing much but wait for someone to take up our script for production and later it didn't happen. I still continued writing scripts by myself working on jobs alongside.

In November 2019 someone thought of giving me a chance and took up one of the scripts that I had written for a short silent film and in a swish of time we were even ready with the post production of the film. Unbelievable, as it may seem but, we finished with the casting, filming, editing, color-correction, rendering, score and even with the trailer of the film in only 13 days...

As the writer of the project I have been working on this theme for quite a while and have studied and researched deeply on human behavior and how something unusual and out-of-ordinary can either disrupt or positively change everything in our lives.

I genuinely need some great producer / investor to take interest in this project and thereafter finance the project to make it happen.

The culture and premise is more inclined to western American regions and writing style is definitely of an American web-series or TV show.