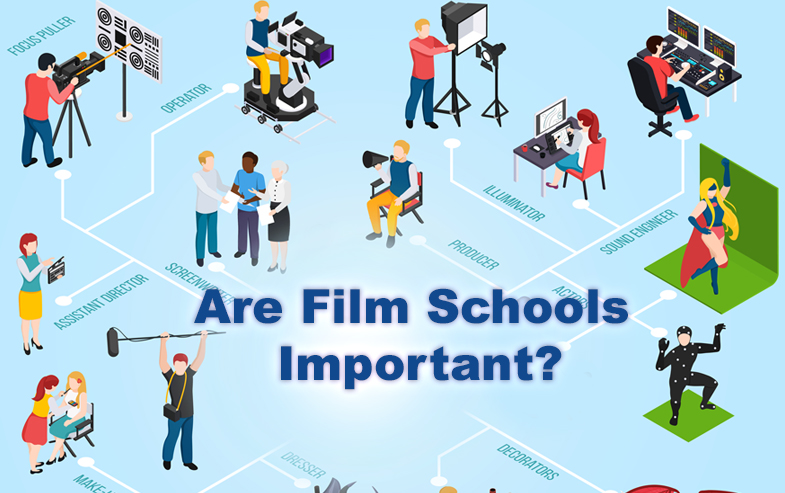 Film schools are the breeding ground for filmmakers. A person who is passionate about film and has a keen interest to learn filmmaking can definitely opt for a film school. A film school is where one can learn the entire pin to plan about how to make a film professionally.

It is not like that all the filmmakers are passed out from a film school and it is not necessary that one can make a good film only by studying in a film school. But a film school gives a clear conception of all the details on how to film your script into a fully-fledged cinema.

Film Schools make a filmmaker technically updated with the recent technological requirements. Moreover, a film school teaches a lot of basic principles a filmmaker should follow. It teaches time management and etiquette. A film school brings out the best in you. But one thing should be remembered that if a filmmaker is lacking a creative mind and outlook no film school can help him to be a good filmmaker.

Basically, film schools act as a catalyst. You can only be a good filmmaker if you have that creative outlook and dedication towards the story and concept. It is something that has to be there within you. A film school can only boost it up.

Once you have this perspective you can definitely join a film school. A film school helps you build the network strong. And you can get a stronghold of your career. So, joining a film school or not is completely on you. What actually needed is your focus, dedication, and hard work towards the concept of filmmaking.