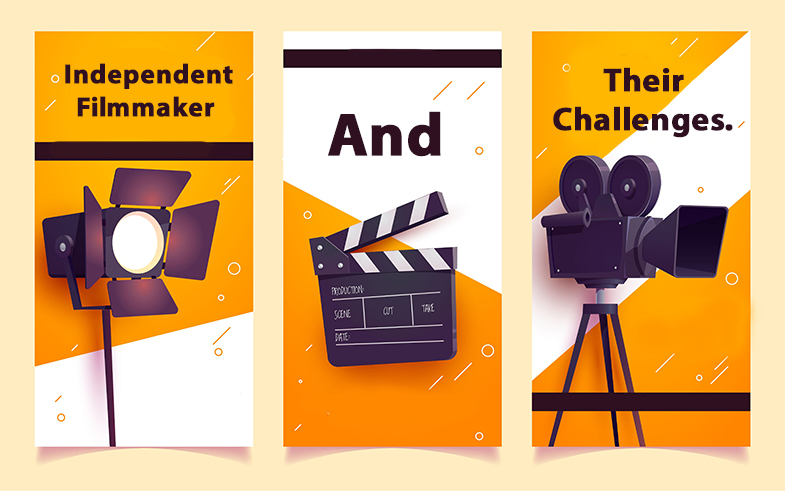 Creativity is always a hard-cheese and needs a lot of hard work and dedication to execute. Filmmaking is impossible without creativity, to frame a story with emotion and reality needs to be creative. This is the reason why a filmmaker faces a lot of challenges while setting his feet for the first time in the world of cinema. And an Independent filmmaker is the prime sufferer in this field. We will discuss the struggles and challenges of the Independent filmmaker in this blog.

The first step for a filmmaker while making a movie is framing a good script. It is a challenging task to portray one’s thoughts into a good script. One must keep the content as simple as possible. Simple yet good content is acceptable and understandable to all. So, a filmmaker should follow certain strategies which would help his script to get filmed in a way acceptable to all.

The arrangement of funds is the hardest thing for an approaching filmmaker. As it is certain that nobody would risk funding an emerging filmmaker. So, the filmmaker should make a clear budget and have to complete the film within a limited fund. The hurdles of making the first film may not be a cakewalk but the production in a smart manner would help you in the long run.

Whether it is your first film or the hundredth one the only thing that can bring fame to you is the quality of the content. The treasure of an independent film lies in the originality of its content. They do not run after the commercialization. Most of the viewers of an independent film feed on intellectual and original film content. Not only content, the cinematography, and screen presence should also reflect its qualitative aptitude in order to get a grip of good audiences.

Last but not the least, it is important to reach out to your audiences and that needs a smart promotion of your film; remember it should be promoted, not commercialization.