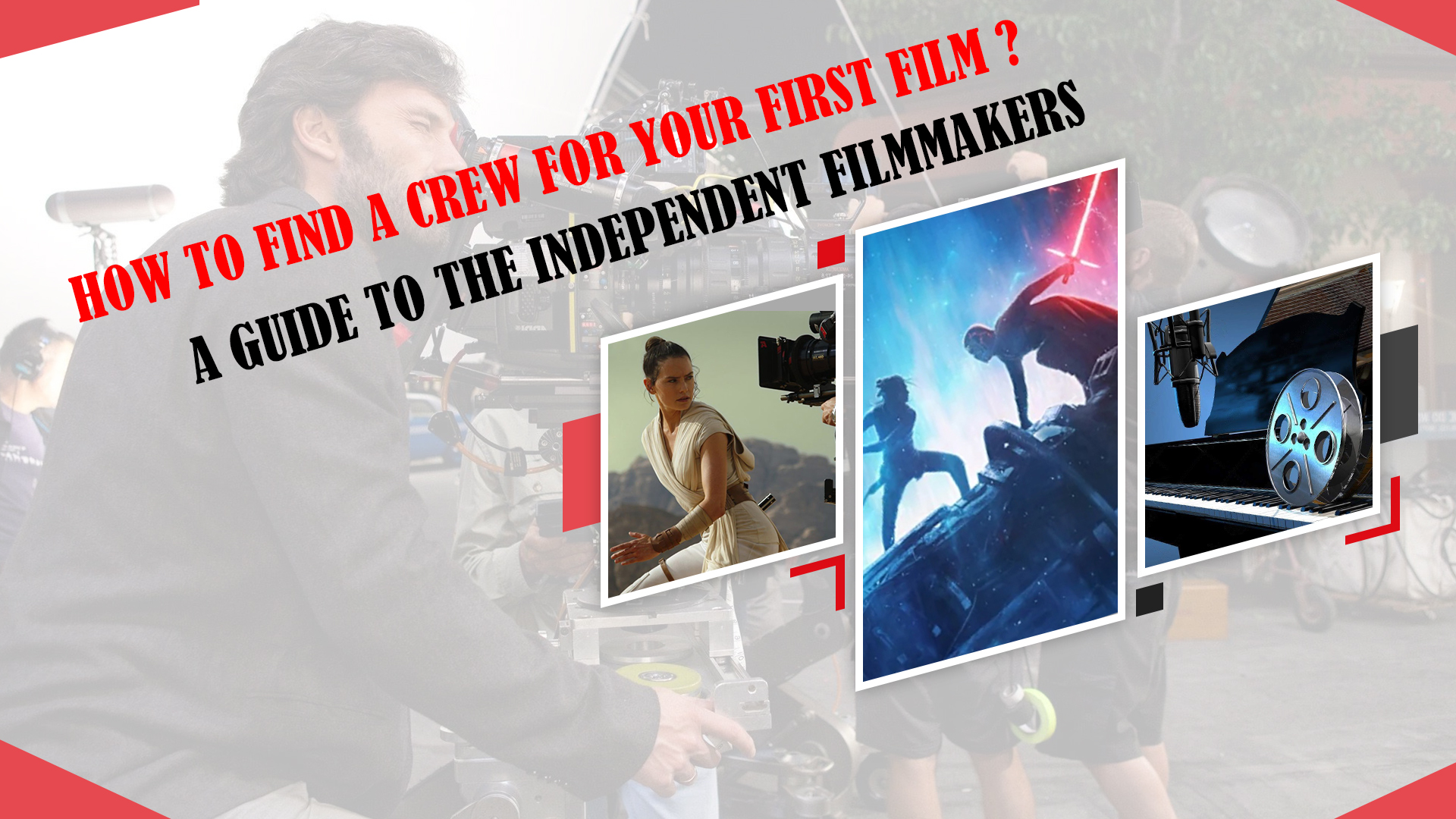 How to find a crew for your first film: A guide to the independent filmmakers

Both for independent filmmakers and established filmmakers, working with the right people is essential in filmmaking. You need to trust your fellows vis-à-vis. It is also the hardest part of the whole filmmaking process, especially if you do not have a connection in the film industry or do not live in LA or Hollywood. Though it sounds tricky, if you know these criteria, you will never fail in making a great team for your first film.

The best and safest option you have in this scenario is to find the most organized person you know. See, apart from funding the film the basic job of a producer is arranging everything- right from the pre-production to the post-production. If you had someone who is well-organized in his life. Then you can leave all technical and official work on his shoulder and focus on the creative side.

For those who cannot think of such an organized person in your life, you can opt for directors or actors. Often times you may observe that the directors and actors produce their own shows or movie. So, you can do the same and approach your co-director or actors to produce your film.

Let’s say you are a film producer, you must know that in order to make a good, film festivals worthy film, you just need a worthy director. You do not need a bossy person. Find someone who is a people person. Someone who knows different elements of filmmaking. This person could be anyone, your friend, parents, relatives or even your colleague. You can also opt for the writers of your movie. He/she will know what s/he wrote and how each character would turn out. Though don’t let him/her be too involved with the whole story, because honestly, writers becoming directors can be a little taunting.

The scenario is completely different if you are the writer of your own film. Because as you will manage three major job roles (director, actor, and producer) you can have a clear vision of what is going on and how to manage resources.

To seek director of photography…

Go for a package deal with your eyes closed. Okay, we don’t buy all equipment in a package deal- what we mean is look for someone who is good with cameras and has a nice equipment set with him too. This sort of help would come from your friend or a family member only. You must pay him his charges, but the bright side is you will not have to think about equipment like light, editing, and others.

Your friend might not have shot a movie before, but if he is a movie buff like you, then you can trust his skills. After all, it is your first movie also. You will both learn from your past mistakes. What you must remember is Understanding how and why various films employ different angles and lighting is almost as vital as knowing how to operate a camera.

To seek a makeup artist…

Most YouTube makeup gurus aren’t gurus because they went to beauty school or work at a salon, but because they enjoy doing such things to themselves. As a result, they’re self-taught beauty experts, having tried for years before determining what works best. Even if they can’t be on set every day, they may give your actors some pointers on how to look their best on camera.

From producers, and editors to Make-up artists, we have covered all the major job roles of the filmmaking process. There are a couple of aspects that you cannot compromise. For example, actors, and musicians. So, do not sit idle, and start working on your dream project. WFCN has many student festivals under its umbrella for you to submit your first film to an upcoming film festival and earn recognition.