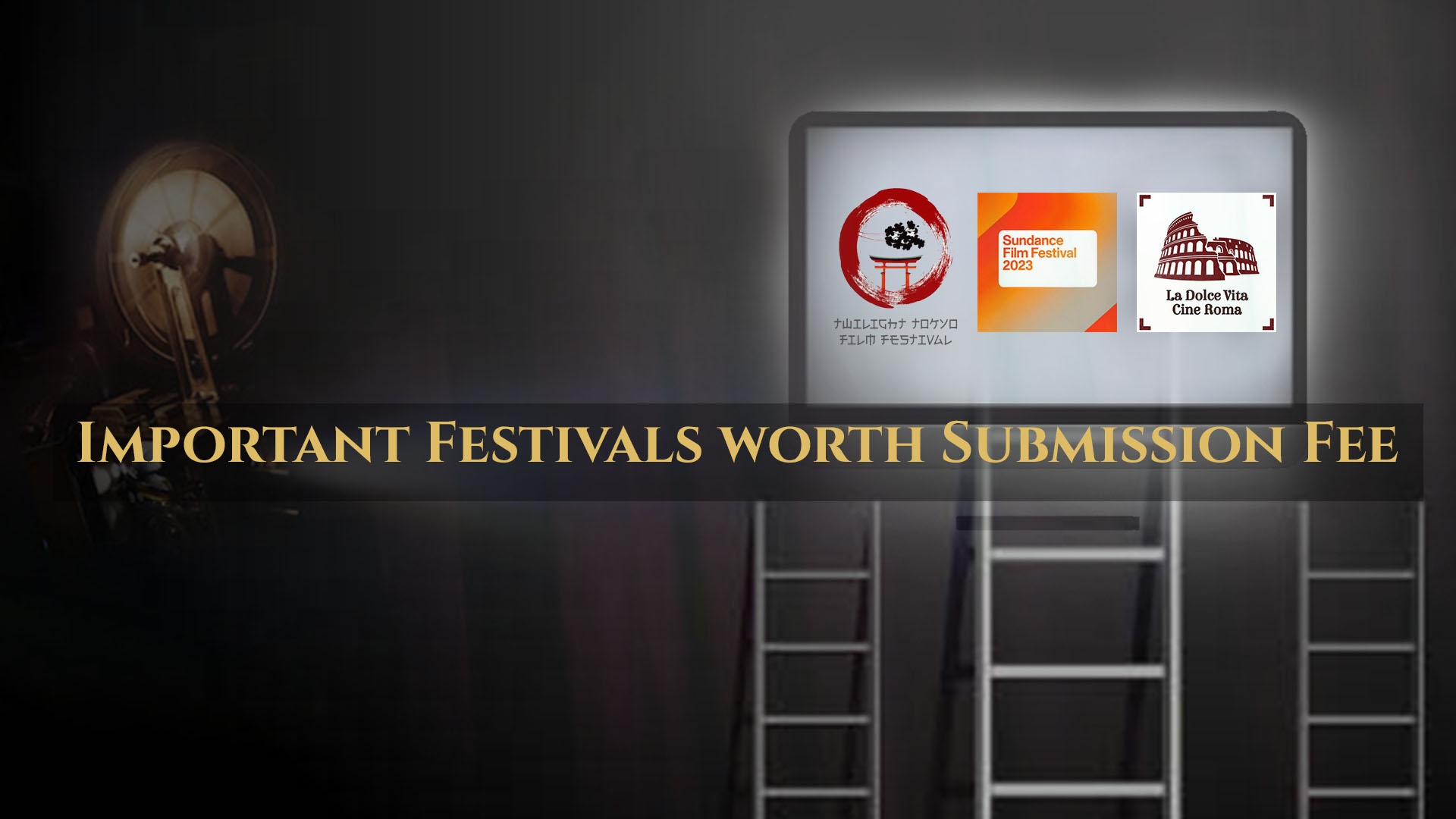 Filmmakers searching for options to promote their films have a major task at hand. The task of choosing the film festivals from a long range of festivals to search for the perfect fit to match their films.

No worries now, we will be your choice makers, as per our findings, here is our list of where you will be fond to publish your creative films:

For Documentary based Films-

These Film Festivals above would be a perfect choice for submitting your documentary-based films, as their entry fees vary in the range of $10 to $65, and also will provide the proper exposure for your film as these festivals focus more on documentaries.

Film festivals which are a complete blend into a dramatic environment are mentioned above with a range of submission fees varying from $10 to 90$. These festivals are known worldwide and provide your film with a platform for recognition.

Apart from these genres, the above-mentioned film festivals take in all types of creative films and are definitely a good platform to stake your money on! A film needs recognition to grow and what’s better than vividly known film festivals to give your film that scope and outreach?