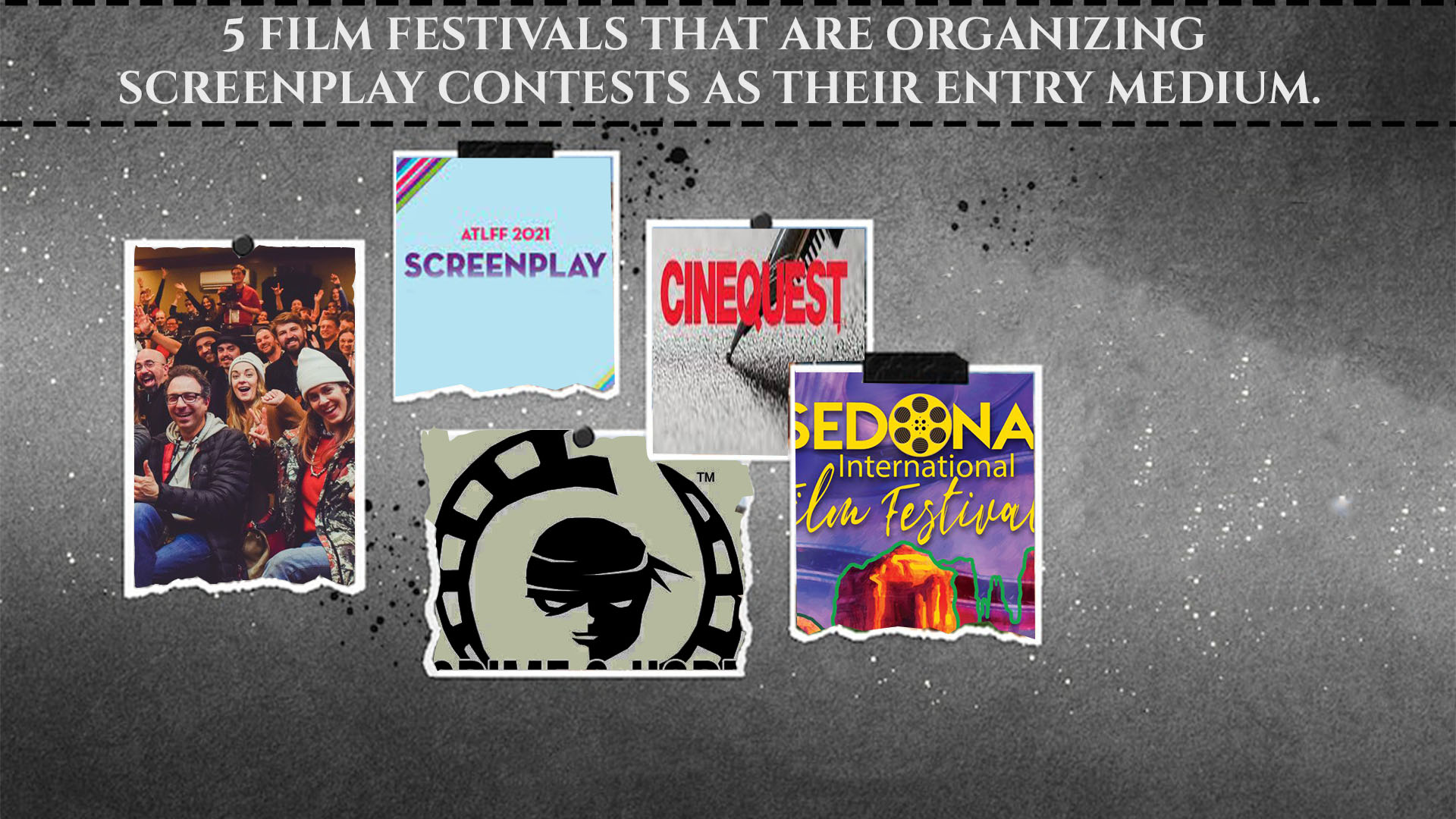 5 Film Festivals that are organizing screenplay contest as their entry medium.

Have you heard about screenplay contest? A screenplay contest is a contest, generally organized by some film festivals which helps them choose the winner among all the participants. It is more beneficial to the new screenplay writers than the festival itself. These below mentioned film festivals are providing an opportunity to come out in a bigger platform and join the broader community.

Here is a list of film festivals that are having screenplay contest as their entry medium:

PS: You can find most of these film festivals on WFCN. Please visit the official website to go through all festival collection and submit your screenplay according to your preference.

The Los Angeles Crime and Horror Film Festival is an IMDb qualifying event aimed at increasing publicity for high quality crime and horror scripts, including the numerous styles and genres of crime fiction, mystery, psychic horror, and more. Winners are admitted to the film screenings and awards ceremony in Hollywood.

They are in search of some out of the box scripts. If you have innovative, original and compelling story to tell, then they have all the ears to listen to you. They are accepting both Pilot scripts and Feature scripts. If the script has unexpected twists and turns, storyline that make anyone think about it are sure to have screening at this film festival.

Readers of USA Today named Cinequest the Best Film Festival. Through discovery, recognition, and opportunity, the Cinequest Screenplay Competition supports worldwide screenwriters. Cinequest adores authors and invites you to submit your screenplay or teleplay to our prestigious competition.

The Sedona International Film Festival showcases new independent films from all around the world. The festival aspires to deliver to its independent audience the finest in narrative features, documentaries, short subjects, animation, and foreign language films of all genres. Through on-site conferences, panel discussions, and seminars, it offers a wealth of educational opportunities to creators, students, and the general public.

The Slamdance Screenplay Competition is aimed to identifying and developing new writers and directors. Since its inception in 1995, the contest has a proven track record of connecting authors with professionals of the movie business who have gone on to create, option, and manage submitted material. The Screenplay Competition, like the Film Festival, offers a platform for new, daring, and genuine voices.