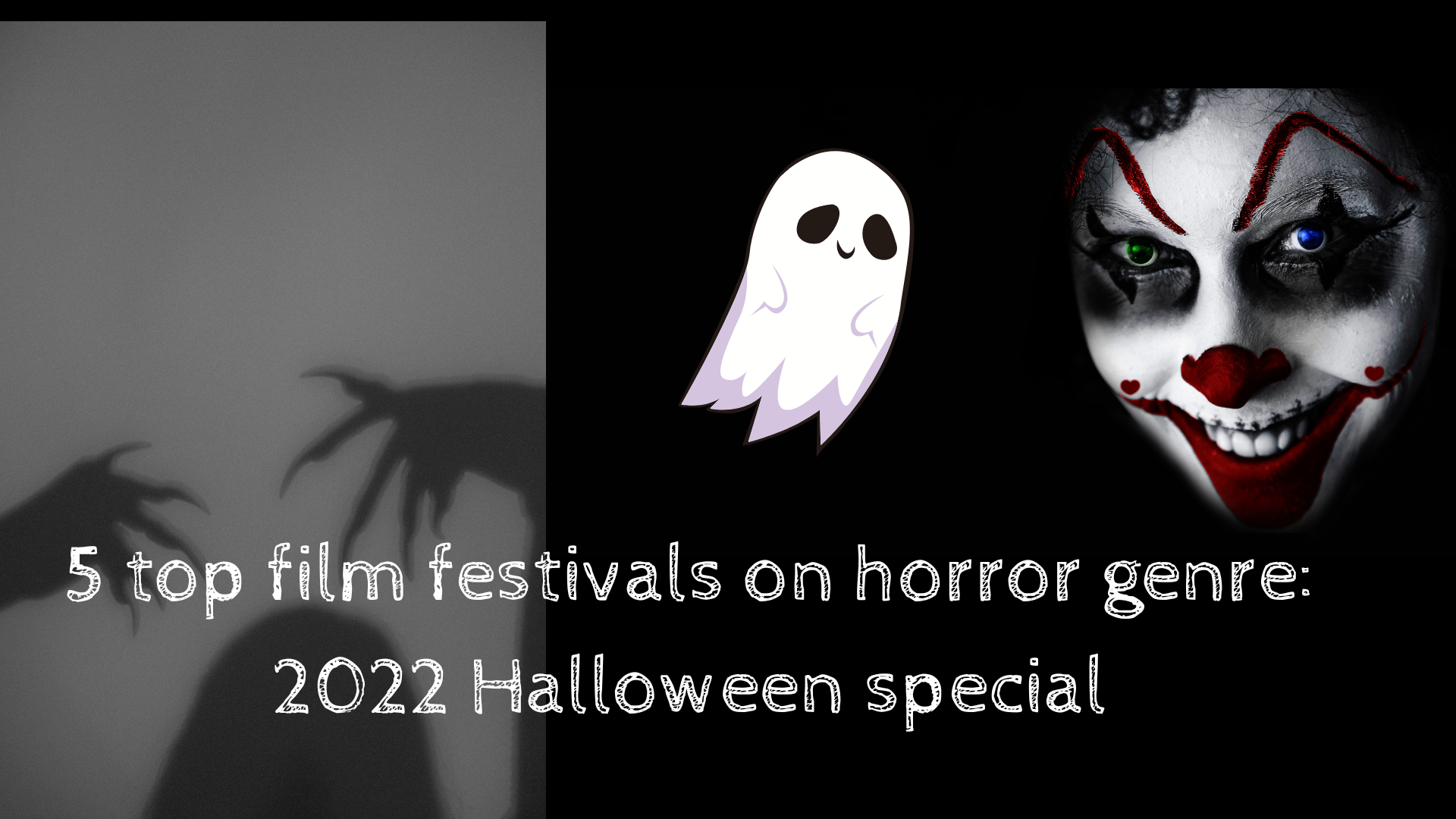 Halloween of 2022 is around the corner, so we have gathered 5 top film festivals in the horror genre. To revive the spook, the fear, and the terror, these film festivals are known for their excellent choice of spooky films. So if you are a fan of fear, you are in for a treat.

All of these horror film festivals are ranked according to the people’s votes, their credibility value, and their popularity.

A Night of Horror International Film Festival “continues to go forward and advocate indie horror films as one of Australia’s most well-known horror festivals,” according to Bryn Tilly, who took over as festival director and programmer in 2020.

It is held in Sydney, Australia with some of the most prestigious panelists. “most of its program consists of cold submissions from indie filmmakers, as opposed to being sourced from distributors and agents.” Said a source. Film submissions are going on filmfreeway.com.

This is the ultimate destination for horror lovers. The screening starts in the close evening and goes on till sunrise. It is the best place in London, U.K if you want to get spooked out constantly.

As a filmmaker, you get some of the best horror connoisseurs as panelists. At Cineworld, Leicester Square, Frightfest held a two-day Halloween “mini-fest” that featured the UK premieres of Amulet, Barbarians, Pennywise, and The Possessed. It really is a huge opportunity for the independent filmmaker.

A.C.H.I.F.F. is one of the most affordable film festival options in the horror genre. They have been able to provide independent filmmakers such platforms where they can take their filmmaking to an advanced level.

Every Halloween (October 31), the A.C.H.I.F.F. takes place over several days at various locations throughout Athens, Greece. The A.C.H.I.F.F. aspires to be a globally renowned event that attracts support from businesses, media, and filmmakers. The festival, which screens around 110 movies a year, is competitive. Submissions are going on wfcn.co exclusively!

Speaking of Top film festivals in the horror genre, Fright Night International Horror Film Festival really comes among the best of the best. Its founders are veteran and passionate horror indie filmmakers. In its first year only, it gained massive response from the crowd. Send them your movie immediately, and they’ll work with you to get recognized for your work and win a prestigious award for this amazing horror film fest.

The Chamber of Terror by Michael Pereira, Woodland Grey by Adam Render, and Peppergrass, which follows a pregnant restaurant manager’s scheme to steal a priceless truffle from a reclusive war veteran in the throes of the pandemic, were given their world premieres as part of the festival’s 10th-anniversary celebrations.

The most recent festival also debuted a brand-new Horror Development Lab, which was created to provide doors for traditionally underrepresented BIPOC, women, and LGBTQ+ Canadian filmmakers and content creators to pursue scripted genre films and shorts.