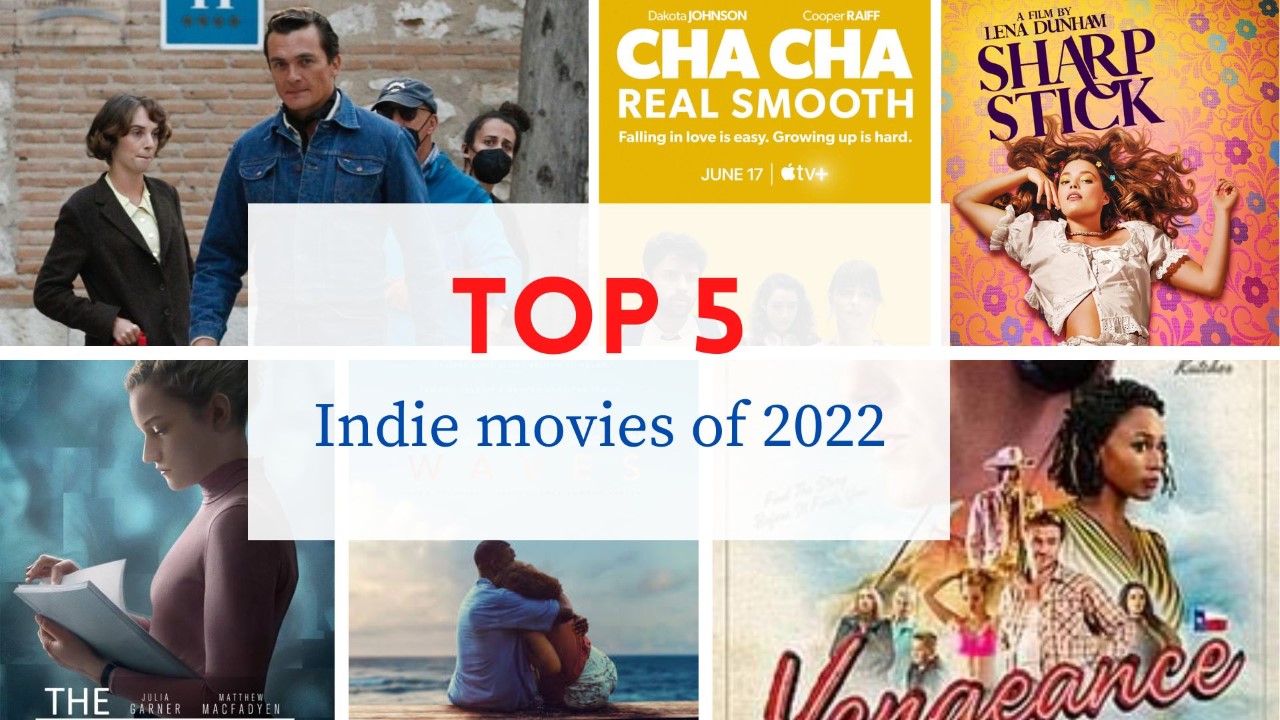 While James Cameroon embraced 2022 with brilliant Avatar larger than life film sequel; indie filmmakers are also not left behind. They also produced some of the most memorable work in this year. We have gathered a list of top indie movies that won our hearts.

Tiny Furniture, Lena Dunham’s first feature since her debut, marks the writer/much director’s anticipated return to the big screen. For this story about a young woman’s sexual awakening and her difficult path of self-discovery, she has sought the aid of some fascinating rising stars, including Taylour Paige (Zola) and Kristine Froseth (The Society), as well as Hollywood heavyweights like Jennifer Jason Leigh and Jon Bernthal.

Dakota Johnson, much known for her film “50 Shades of Grey” started her production company, Tea-time Pictures. She began by producing this uplifting romantic comedy by writer-director Cooper Raiff, which had its world premiere at Sundance and received acclaim. In the film, Raiff plays college-educated Andrew, who returns to his parents’ house and a life of suburban tedium. His world takes a turn when he meets single mother Domino (Johnson) and her daughter, who has autism.

(before you say that she is not an independent filmmaker, in terms of money or budget, you must admit that they did a good job making this film.)

The plot is yet unknown, but fans can anticipate all the Wes Anderson film clichés, including tales within storylines, pastel-hued settings, and a big-name ensemble cast. This time, Tom Hanks, Maya Hawke, Scarlett Johansson, and Margot Robbie all make an appearance.

Directed by Katty Green, this film is all about #metoo movement. It showcases a life of an ordinary girl who works at an office discovers the slow but strong manipulative, abusive and sexually offensive behavior from her powerful boss. Julia Garner was really treat to the soul.

In this gripping family drama, Kelvin Harrison Jr. solidifies his status as a hot up-and-coming star. Teenage sports hero who finds it difficult to deal with an injury that affects his connection with his girlfriend. The emphasis of the movie changes to his sister (Taylor Russell) and her boyfriend following a catastrophe (Lucas Hedges). This is a profoundly atmospheric independent film that captivates you and won’t let you go, giving you enough of food for thought.

These are the top 5 Indie Films for 2022. Have you watched them? Those who were not in this list, are equally good. You can find the top picks from our ’Films’ section.