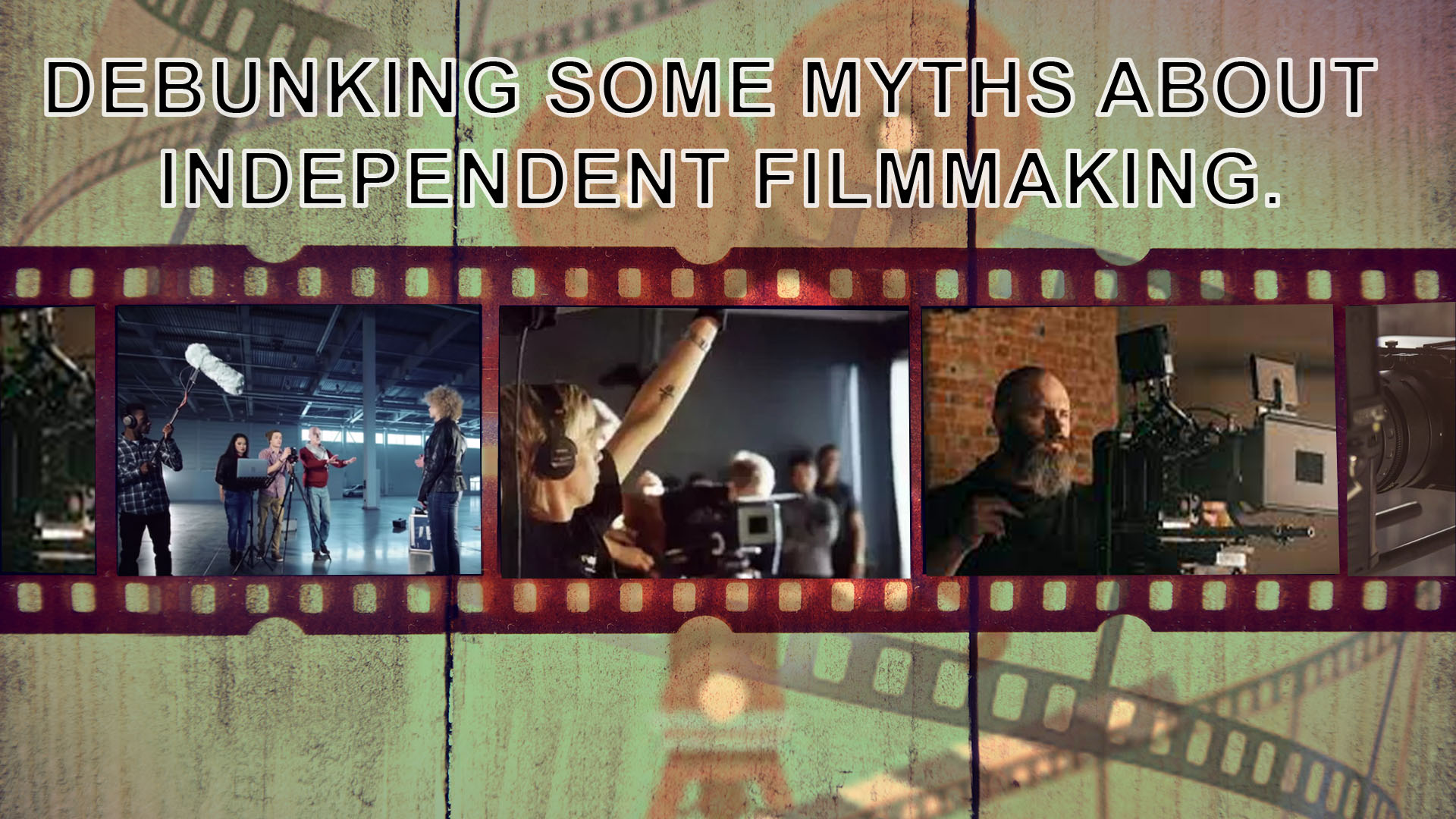 Debunking some myths about independent filmmaking.

The world of filmmaking is full of mysteries and questions. It seems that many myths have been born around filmmaking and filmmakers, be they independent or commercial. Earning money, award, and laurel; getting acknowledged worldwide all sounds fun until you realize that in order to achieve all this, you need to make a film first.

So, to help future generations independent filmmakers have accumulated a few myths around filmmaking and we are here to bust them.

A director must know everything

Yes, clueless directors are a bad omen, but a director who thinks that he knows everyone’s job entirely is even worse. As an independent filmmaker or student filmmaker, it would be okay if you don’t understand everyone’s jobs and tasks completely.

If you have hired expert technicians for your film, even someone who knows technical work, then you must give them the freedom to do however they like. You can just look at the finished product and see if it's working or if it needs a little change.

Every penny goes to the camera and settings

NO… NO and a big NO! It is one of the biggest myths about filmmaking. Especially in independent filmmaking, you cannot just invest your entire budget on camera and settings — there is so much more work that is left.

You have pre-production, the shooting process, and last but not least post-production. You have to save some money for marketing and promotion as well. Even if you are thinking about entering a film festival, it requires money. So divide your budget equally.

Not true at all, we have seen many cinematographers who have come out as talented directors in their later life. So, this is complete BS!

Directors can change scenes whenever he wishes

I mean, yes, of course, she is the director, surely she can alter the scenes here and there a little bit. However, this does not mean they can change the whole trajectory.

An Independent director offers a fantastic tip: it’s best to describe to your DP the visual “language” you want to convey in the picture or scene and then let them determine how to do it rather than being overly detailed about shot sizes, angles, and lenses. Without a doubt, if you have a particularly specific vision for a photo, by all means, let them know what you want. Specificity, though, can stop your DP in their tracks and prevent them from exploring all of the visual options with you.

Filmmaking does not require assistant directors.

You better hope that an assistant director is not required if you are working with a minimal team because you don’t have one. Hire an AD, nevertheless, if you can afford to. It’s a really wise investment since you can concentrate on the scenes, acting, and plot while they handle all of the production’s logistics and organization.

These were the 5 biggest myths around independent filmmaking. We debunked most of them and gave you clarity on how things work.