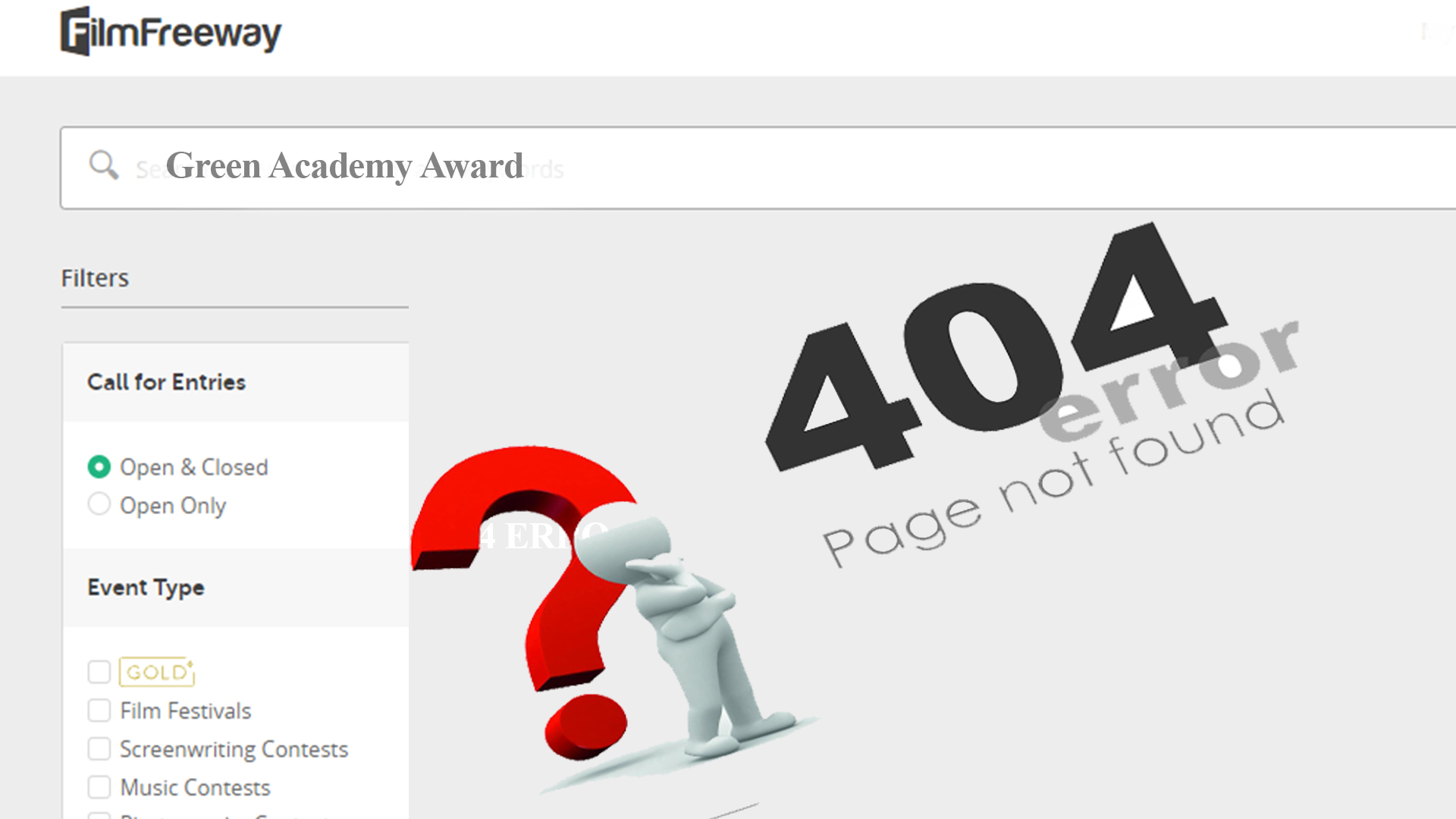 Filmfreeway does not have these upcoming film festivals

We know Filmfreeway is the biggest platform when it comes to film submission. Almost every film festival in this world is listed in this website. It allows a diverse range of film festivals, from short to feature length, from all-inclusive to niche festivals; everyone can operate their thing on this platform freely. Filmmakers are also being introduced to thousands of film festival at once!

However, there are some lacking in this platform. The very thing that makes it unique is its biggest drawback. We are not saying this- many new independent filmmakers said themselves that they find it very hard to find their own kind of film festival, that suits their film. Despite being flooded with top film festivals Filmfreeway is missing some important festivals. We have scoured the internet to fish these out and present in front of you.

First up we have:

Launched in 2022 the Green Academy Awards is hosted by a non-profit organization, stated in the lap of the Himalayas, in Shillong. This is a niche festival, focusing mainly on nature preservation, and forest and wildlife protection. In these times, when deforestation is a serious and fatal issue, this festival focuses on different sort of movies of different length which promotes awareness about nature and wildlife

For the first few seasons they are offering free submissions to all, however, it is a limited-period offer. This upcoming film festival might be not on top of your list but is a great way to start your cinematic trajectory. Being an academy themselves, their certificate and appreciation does have value. The final winners receive the prestigious Green Academy Awards and are screened at the theatre in Shillong in front of a live audience. 2022 Winners will have a chance to meet with the audience and participate in the Q&A session after the screening. Submission is open on WFCN right now!

Despite Tokyo being the home for many top film festivals, it seldom shows up on the list of film festivals. Among the underrated film festivals is Twilight Tokyo Film Festival. It is an all-inclusive film festival, dealing with independent movies from every genre, theme and length. It takes place in the beautiful city of Japan- filled with pink Sakura and awesome food and drink. This city is best for celebration of independent cinema.

The officially selected project in each season receives TTFF laurel and certificate. All seasonal Award Winners receive laurel and customized certificate and are rated on their respective IMDb pages (if applicable). Currently on WFCN their submission rates are going at $10 USD.

The Wonderland International Film Festival is a part of an incredible global network that brings together multi-talented authors, composers of film scores, and filmmakers. Their goal is to amuse, inform, inspire, motivate, and encourage people. They carefully considered what makes a great event when planning the festival. They posed the challenging questions to ourselves. They think that what we’ve created is a festival experience that most filmmakers would love.

Maybe Backstage is backing Filmfreeway, but they cannot cover these missing film festivals. There are many such festivals that cannot be found on the Filmfreeway website. To find them you must go to WFCN. What Filmfreeway fails to offer, WFCN has everything for independent filmmakers.