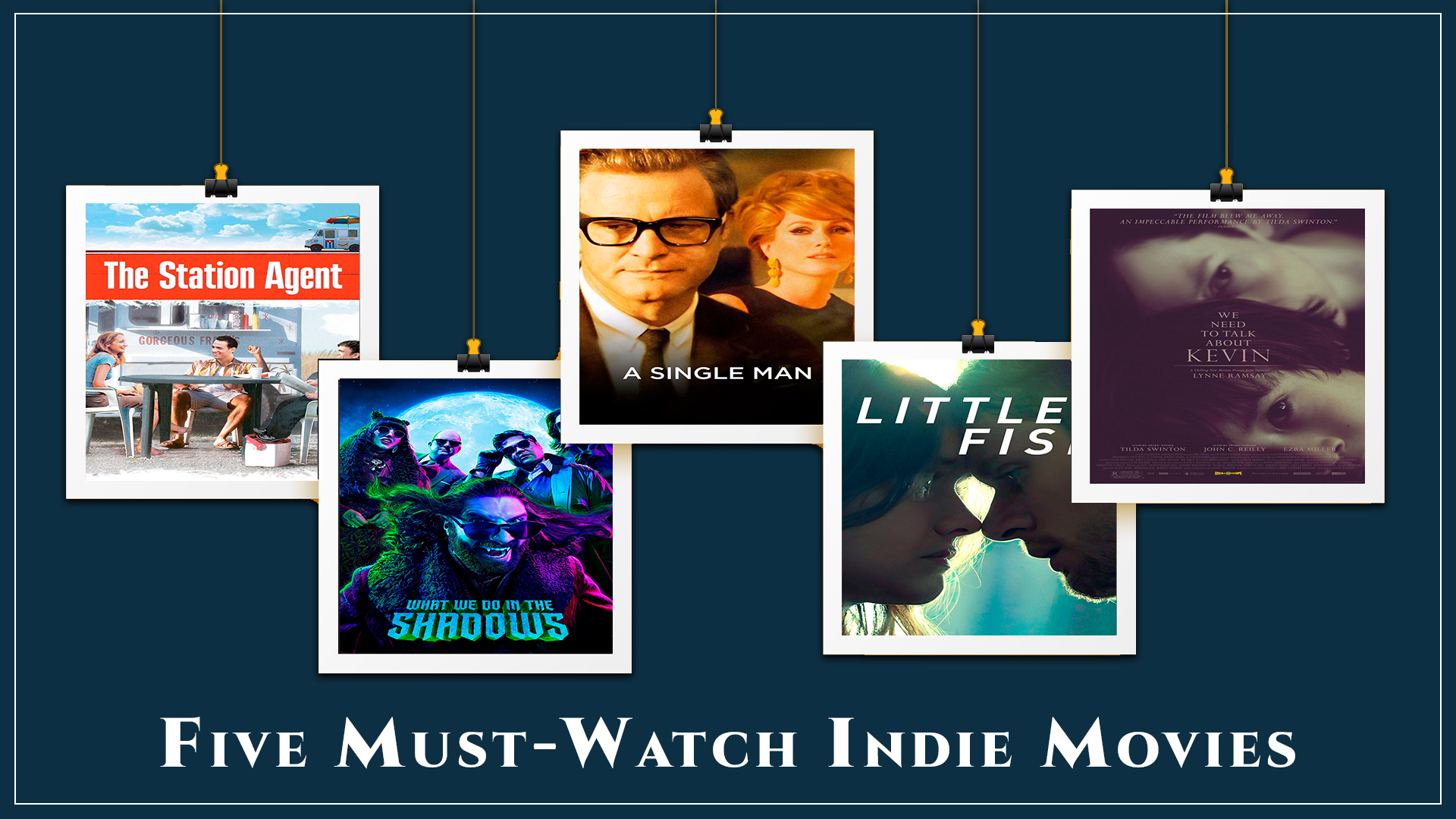 Because of the COVID-19 pandemic, independent or indie films are becoming more mainstream.

Many others took advantage of the quarantine period by binge-watching every imaginable movie and show, regardless of geography or language obstacles.

And as a result, our appetite for story-driven films has grown.

So, if you’re looking for something to watch, have a look at these five undervalued Hollywood independent films.

A Single Man, directed by Tom Ford, tells the story of a melancholy college professor.

The professor, unable to cope with the murder of his lover, decides to take drastic measures.

Following the events of a single day, the film tells a compelling story of sadness and is full of touching and very emotional moments as the professor experiences his final day.

What We Do in the Shadows is a mockumentary comedy about four vampires who also happen to be roommates.

The film, directed by Jemaine Clement and Taika Waititi, depicts vampires ages 183 to 8000 attempting to adjust to modern life.

The comedy-horror drama is presented in the manner of a faux documentary and will have you on the edge of your seat.

We Need to Talk About Kevin is based on the Lionel Shriver novel of the same name and follows a mother (Tilda Swinton) who, owing to a convoluted scenario, never bonds with her child.

The film is directed by Lynne Ramsay and tells the story of a neglected youngster and how his loveless upbringing “turns” him into committing a horrible act.

The Tom McCarthy-directorial, The Station Agent revolves around the life of a Finbar McBride (Peter Dinklage) and how his life changes upside down after the unexpected death of his boss and only friend.

The film takes a comical turn when McBride moves to an abandoned train station to seek solace.

When he befriends a couple there, his life moves on.

Little Fish is based on Aja Gabel’s 2011 short story of the same name, directed by Chad Hartigan and penned by Mattson Tomlin.

The film follows a couple as they fight to keep their marriage together while a memory loss virus spreads.

The rest of the story is about how they persevere in their romance in the face of adversity.