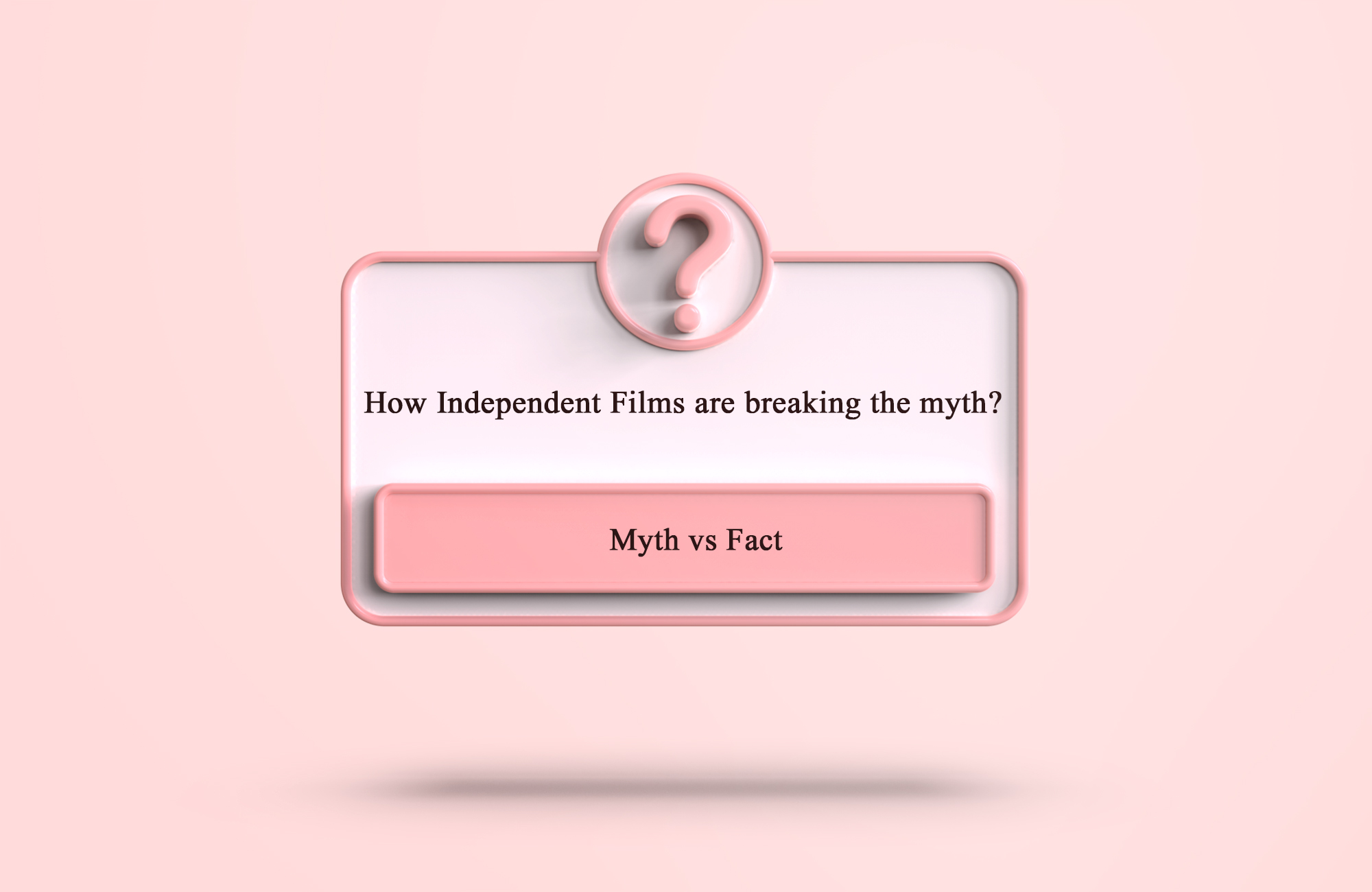 How Independent Films are breaking the myth?

It is seen from ages that any initiative with an independent and creative idea has always faced criticism and without being aware people set myths against them. But those are not always true rather they are made out of ignorance and must be broken at a certain point of time. And for Independent Films, the time has come that they should break the myth set against them without actually having the proper knowledge about them.

Let’s get to know what myths should be broken about Independent Films:

1. Popularity comes from being popular on Social Media:

Well, being popular on social media may help you make your post, related to your Independent movie viral but being viral is not the only way to gain popularity. If your film holds good content and is presented before the audience with the required potential it can gain enough fame and popularity.

This is one of the most absurd myths. Some people think that there is no market for Independent Films anymore but it’s completely wrong. The fact that the filmmaker should keep in mind is how to make his film engaging. Just a little bit of focus on the proper budget, copyright information, and engaging content will do the magic.

There is a misconception that traditional film values are no more followed and this leads to the myth about Independent films that most of them are whimsical; there is only meaningless acting and no scope of thought. But it is not true, independent films are made after a lot of research on the topic and are exceptionally creative at their level.

4. Aspiration to high profit in a low budget:

People think that Independent film earns a lot of profit by investing a very low amount. But actually, it’s totally opposite, they have to spend enough on the promotion and marketing of the film and compared to that what earned is very limited.

I hope, the myths are proven wrong by the true facts. There are many more myths that are dwelling around the growth of Independent Films and once you come across any such, just don’t believe it without any explanation. Ask questions and start reasoning the answers and the truth will be before you.