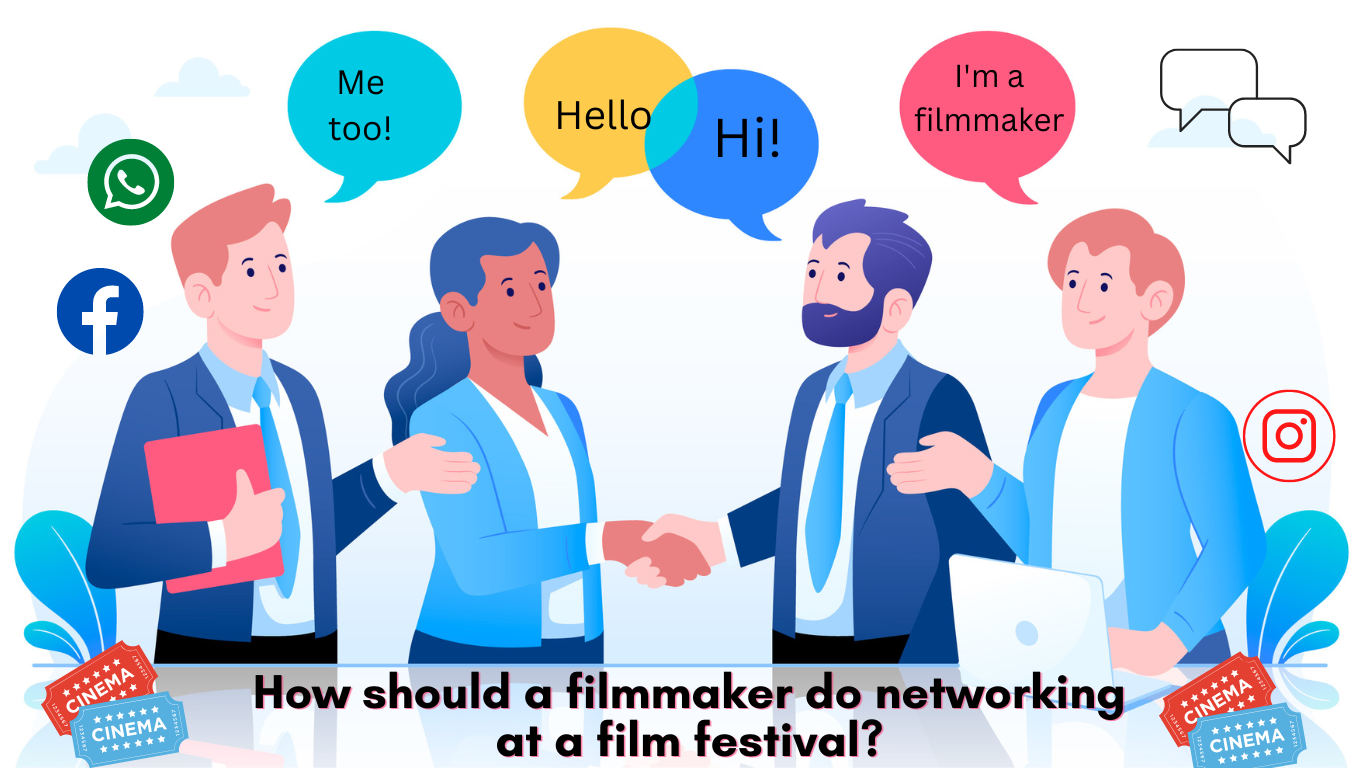 How should a filmmaker do networking at a film festival?

To be a filmmaker, it is not necessary to have a film school degree; you just need a good story, passion, dedication, and good networking. Not everyone has a film industry family background for smooth networking; some even have the farthest relation with the industry. But like any other industry, the film industry also requires good networking skills to survive in this era. The formula for it is simple: be at the right time; at the right place. What place are we talking about? We are talking about Film Festivals.

One film school professor claimed that students often make graduating from film school their ultimate life goal when it is only the first step. This “do it alone” attitude brings them failure and disappointment. So you have to search on online platforms like wfcn.co to find all the upcoming film festivals and attend as many as possible. Yes, it will cost some dollars, but take our word for it; it will be so worth it.

Coming back to the question “how”:

1. Do your homework ahead of time

Do your preparation ahead of time if you are searching for work or want to meet someone who might be interested in signing you. Determine the films you want to see and who is showing them. You might also wish to attend a panel where you can meet some of the panelists.

2. Make the most of your time.

Be there as much as you can. Time is limited; don’t waste your time lurking in the background. Meet your targeted producers or directors. Keep the conversation short and straight to the point. If you feel that the conversation is not fruitful for you, then move on and find the next person.

Nobody will wait for you to arrive and introduce yourself at film festivals like Slamdance, Tribeca, Cannes, and Venice. Everyone has a goal for being there. So muster up the courage to take the initiative. Approach them and say hello. Even with the cliched weather subject, you can start your conversation by complimenting their work and how they appear. Do not feel guilty or inferior about asking for a job. It’s alright; the hustle is what it is. Do this once more with at least ten more people.

So this is how the networking is done at any Film Festival.

So go now and find your favorite film festival at WFCN right now. It’s okay, it’s part of the hustle.