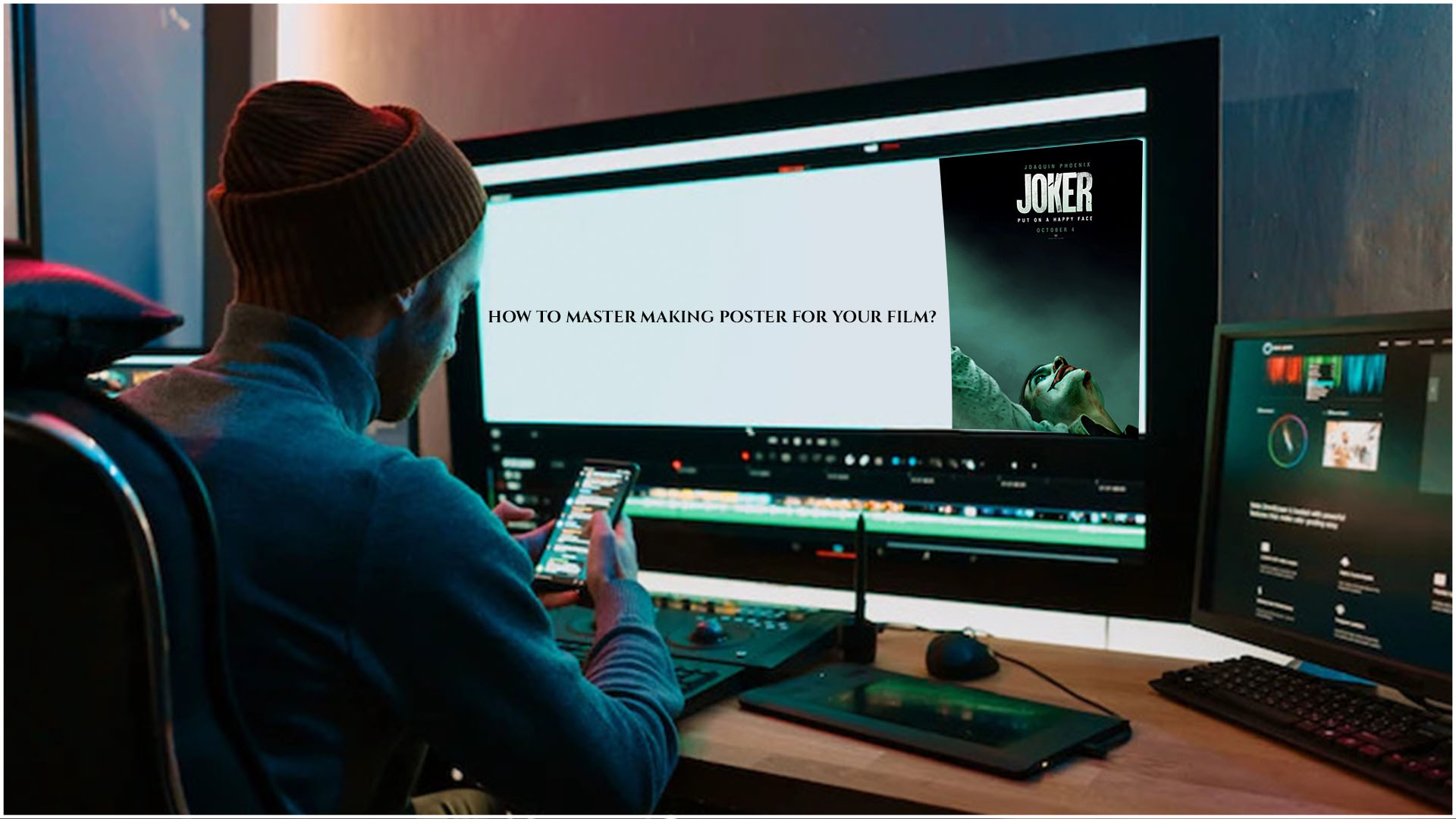 How To Master Making Poster For Your Film?

Filmmaking doesn’t end with the last director’s cut. Rather it is only the beginning of the post-production procedure. Making posters is one of the biggest steps in post-production. Among the major top film festival, there is a separate category for the best film/video poster. So orchestrating a good poster is key to screening your film globally.

Follow this step-by-step process to make a mind-blowing poster for your film:

A quality image is required to create a movie poster. Get a nice still from the film if you’re making a poster for an actual movie (not like in my example). And a screenshot is insufficient. You need to take a real picture, with nice equipment.

If you are an independent filmmaker and have no budget to buy an expensive movie camera, then you can also click pictures from your phone. Just make sure your photo is clear and well-edited. You can take the pictures after finishing up the shooting process. Remember when it comes to top film festivals like Cannes or Berlin film festival, the main point of judgment is the quality of the picture, and it should tell a story.

Add some effects to the photo.

There are very few posters that are only a picture. The majority, if not all, have had the image altered in some way. There are many things to be said regarding picture editing for posters, and you can find several instructions online. It would be hard to discuss everything here, however, if it’s a human, basic retouching is very much a need.

Give the poster a title.

A title is required on all movie posters. It’s rather clear yet worth noting. AVOID using movie title effects. There is only a possible drop shadow and that’s all. Anything else will appear shoddy. The best movie posters lack text effects, as you can see if you look at a lot of them. On a movie poster headline, bevels, gradients, outside glows, etc. are inappropriate. A font could be altered according to the film's demand.

Add the credits to the bottom of the poster.

It is simple to ignore this as a formality. If you only take one step, make it this one: DON’T IGNORE IT. Your picture will be used to create a poster. Make use of the MOVIE POSTER typeface. Along with a few “studio” logos, the whole credits should be at the bottom. A brief title should be just above the title. Typically, this is the name of the studio, producer, or director. In certain instances, it’s the actor’s name. Any decent movie poster will have this above the title: A STEVEN SPIELBERG FILM (or any other director).

And voila! Your movie poster is done. Finish up doing all the steps one by one and eventually, you will end up with a great poster. Enough to submit at any top film festival in the particular category.