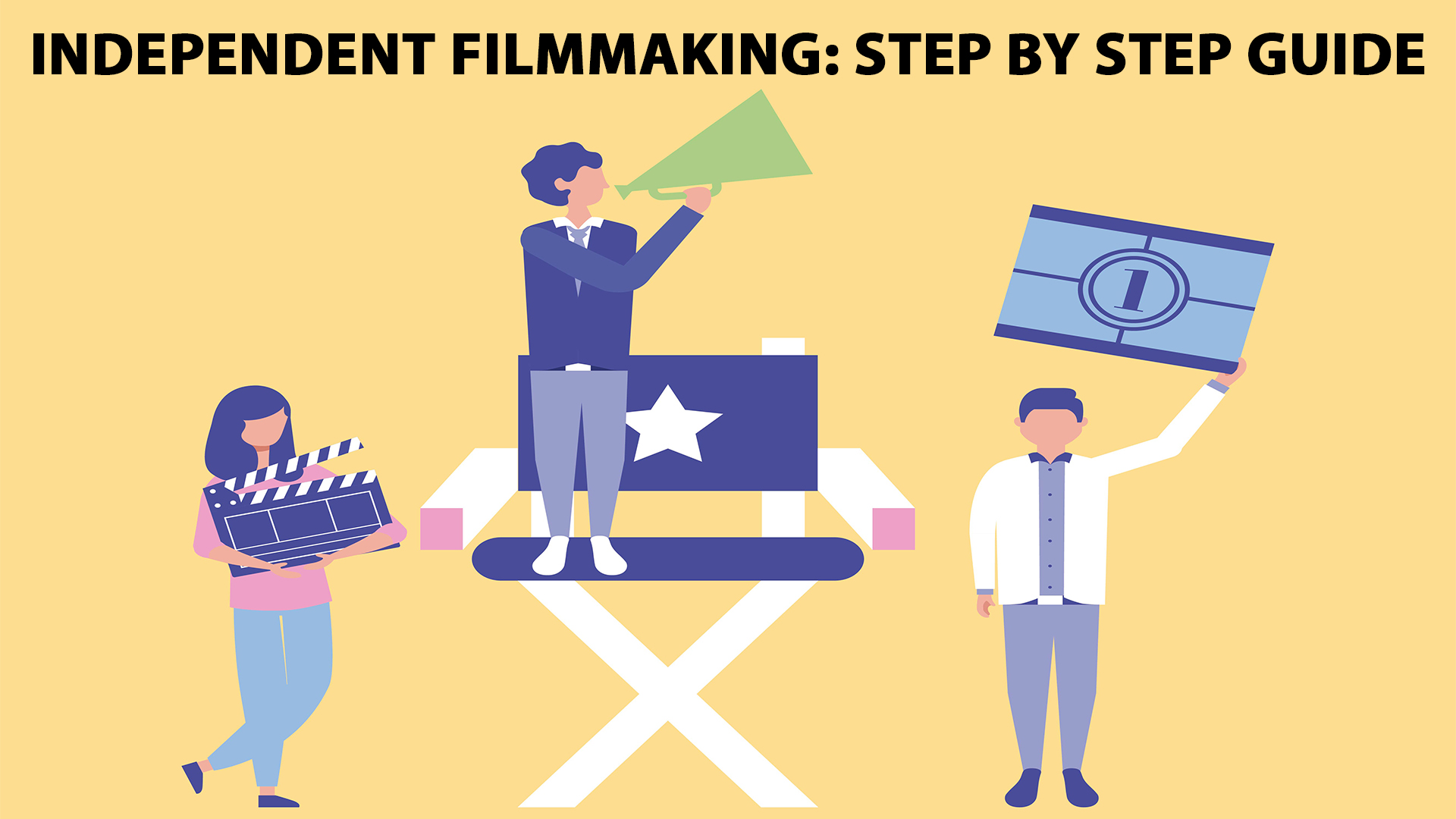 The following steps need to be followed in order to make an Independent Film:

A film cannot be made without a story; so the first step is to write a script or get a script for your film.

Making a budget is the second step that should be followed; once you have the story plan for the expenditures. Filmmaking requires a lot of payments in a different field; so, budgeting is a crucial step.

Your production must have a crew to manage all the operations and moreover, it adds professional value to the entire project.

Another most important and unavoidable part is to hire actors and actresses; your story gets into reality with the performances of the actors.

Starting the shoot is the next big thing. After all the preparation and management you need to start the shoot immediately.

Working in Post-production is also a crucial part of filmmaking. The editing and technical part should be rechecked and assessed properly post-production.

Last but not least; marketing your film is the key to making it popular and reaching your audiences globally. Try each and every medium to promote your film.

Following these simple steps in a proper manner can bring out the best piece of art in a lifetime. So, your dream of filmmaking is not far away from achieved.