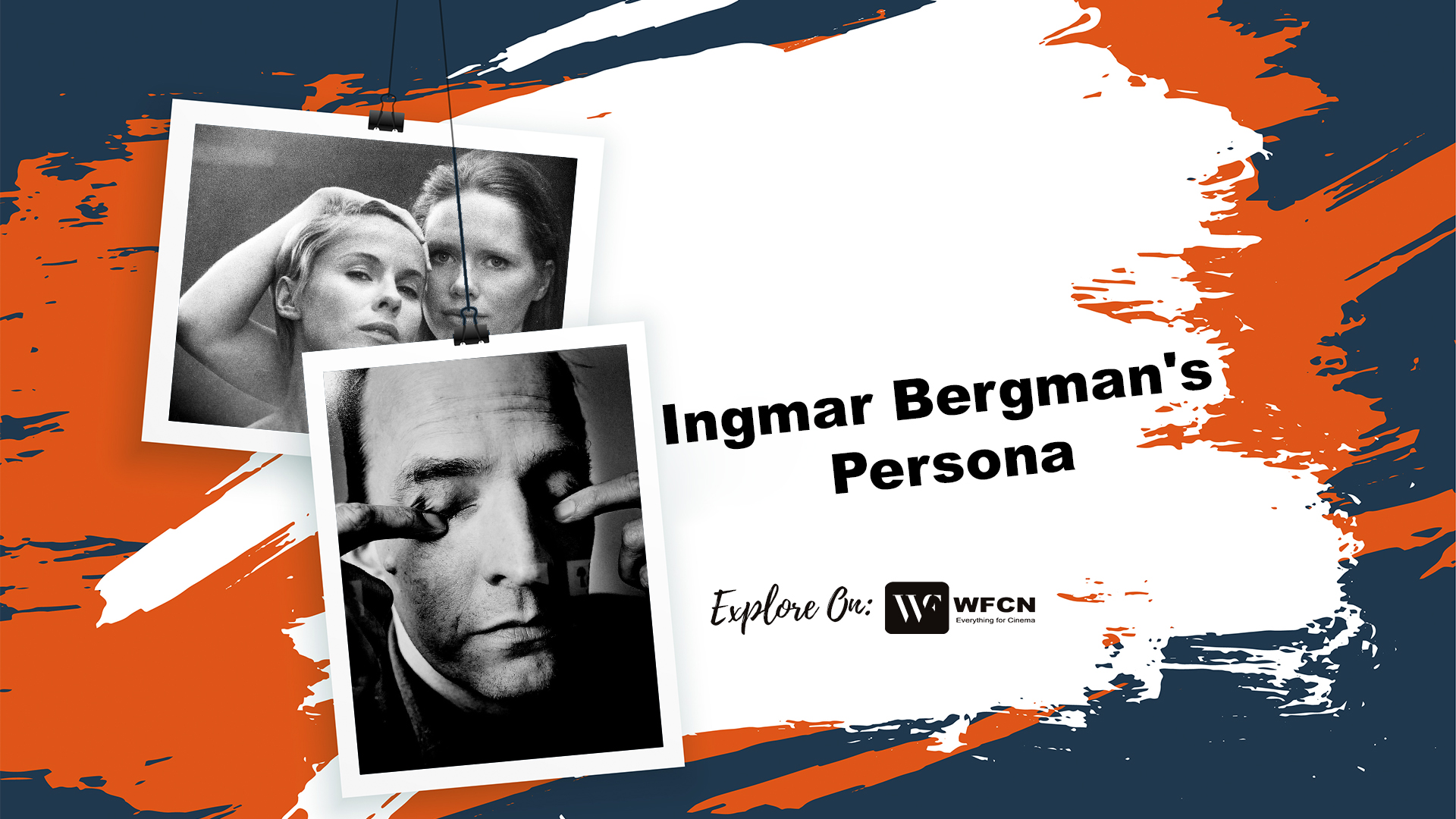 Persona is arguably one of Ingmar Bergman’s most carefully designed and enigmatic films. Alma (Bibi Andersson), a young nurse, and Elisabeth Vogler (Liv Ullman), her patient, a successful actress who has withdrawn into quiet, are the two women at the center of the plot, which is a masterful distillation of their anguish.

Many film critics have noticed that the psychological conflict between the two women and the strength of the silent one are reminiscent of Strindberg’s short play The Stronger. Bergman, however, is even more audacious than Strindberg because there is more at risk in his movie and because he manages to keep the one-sided conversations going for the entire feature.

Persona is about the nature and norms of the feature film in many ways, most clearly because Bergman opens the movie with the arc projector being lit up and a film being threaded and closes with the same projector being switched off.

The scene in Persona near the middle of the film where it shreds (or appears to rip), burns, and introduces weird material that appears to be unrelated to the stories of the two women must be the most visually shocking in Bergman’s frequently startling output.

Elizabeth is a well-known actor. Her persona may be interpreted as a tortured artist, like Vincent Van Gogh, who cut off his left ear in a fit of rage. However, in contrast to Gogh, Elizabeth does not use violence to allay her dread and rage, which are brought on by her broken marriage and an undesired child. She makes the conscious choice to remain silent in order to mask her dread and anxiety.

Twilight’s scene where Alma turns on a music player for Elizabeth and exits the room is a perfect representation of her suffering. The POV shot that comes next does the best job of capturing her inner fears, which she can calm down with music, creating a momentary quiet that calms both her heart and head.

Another scene that stands out is when Alma is about to fall asleep and Elizabeth enters the room, approaching the former and starting to caress her. The two then brush each other’s hair while gazing into the mirror or possibly at the audience in what could be considered a moment of breaking the fourth wall.

We see Elizabeth and Alma on the beach the following day. One woman is shown in profile, while the other is shown up close. The fact that both actors in this beach scene resemble one another is astounding, which strengthens my theory that Elizabeth and Alma are one person.

The injured foot and the potential for boiling water are the two most realistically objective experiences in the movie, and they “break” the illusion that everything else in the picture is just composed of ideas (or art). Alma’s orgasm on the beach was the most genuine experience she had ever had. The agony of Elizabeth and the exhilaration of Alma were able to pierce the reveries of their existence.

The majority of what we perceive as “us” is not based on our actual experiences of the world, but rather on a mental broadcast made up of thoughts, memories, media input, other people, jobs, roles, tasks, lusts, desires, and anxieties. Alma lacks the power to choose to be someone other than Elizabeth, therefore Elizabeth decides to be who she is. The title is crucial. “Persona.” Singular.