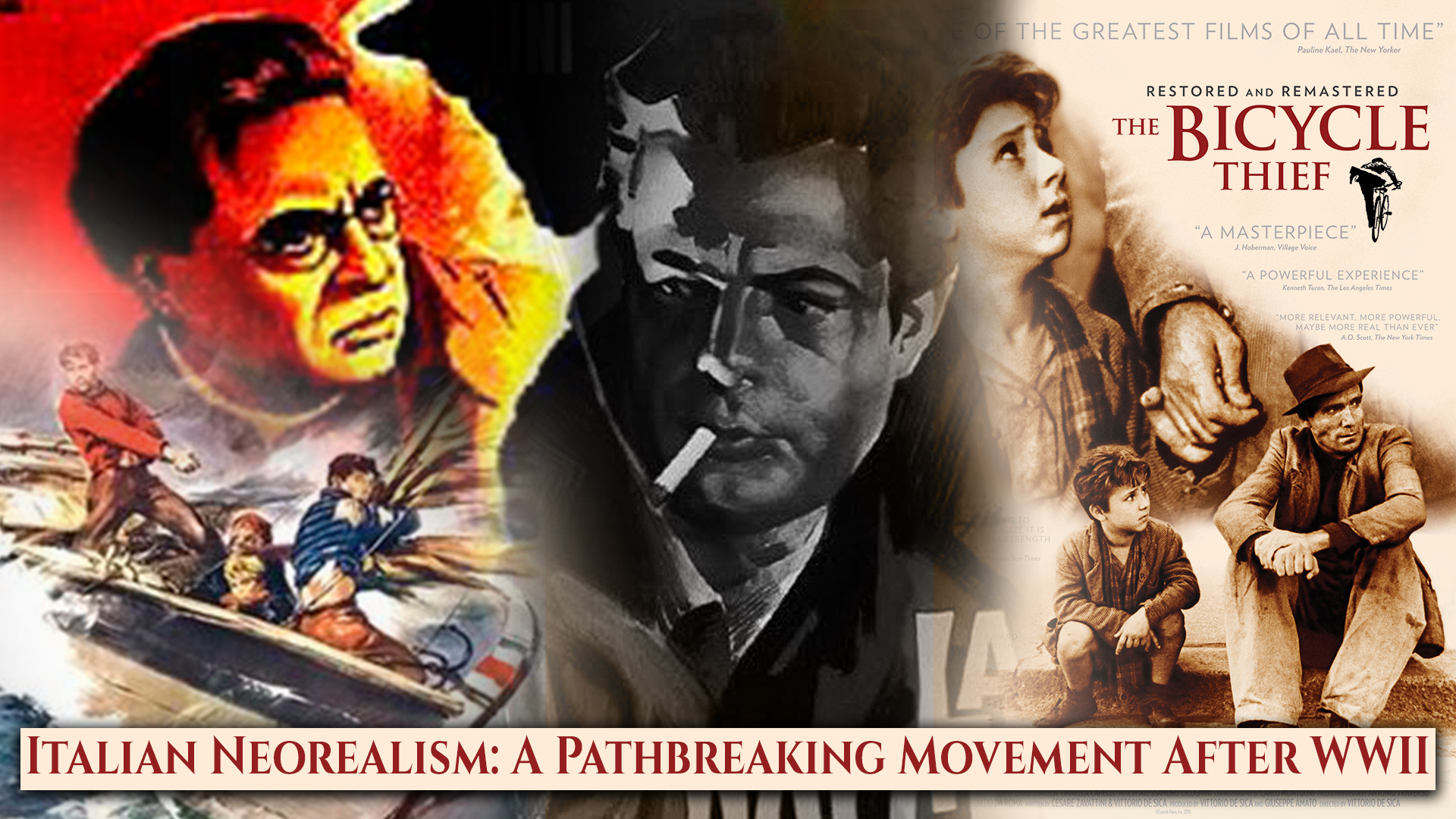 After World War II, Mussolini’s dictatorship was not the only thing that perished. Traditional Italian filmmaking came to an end as well, as all of the movie studios were demolished during the war.

When Mussolini lost control of Italy in 1943, local cinema underwent substantial changes, resulting in the emergence of a new style in the entertainment sector. This new genre swept the film industry, not only in Italy but also in neighboring nations.

Filmmakers were having a difficult time shooting films due to a shortage of funding and studios in which they could shoot. As a result of one thing leading to another, the country’s finest filmmakers swiftly devised a solution to the problem. In the Italian cinema business, this was the beginning of Neorealist philosophy.

Luchino Visconti, Roberto Rossellini, and Vittorio de Sica are just a few of the many individuals who rose to prominence and created the groundwork for Italian Neorealism, sometimes known as an Italian Spring. The films’ concepts and sentiments evolved in response to shifting social and political circumstances.

Producers and filmmakers were willing to devote their effort and resources to films that focused on social issues and people’s misery at the time. Under the impact of Italian Neorealism, the major areas of focus were society, economy, and politics.

The directors ventured to make these films now, something that Mussolini’s fascist administration would never have allowed.

Ideology Behind The Movement

When we analyze the films made in Italy between 1943 and the 1950s, we discover that they all focused on postwar hardship, melancholy, inequality, illiteracy, and other threats that afflicted the entire Italian community.

The Italian Spring of 1943 not only influenced the themes of the films, but it also influenced the method they were made to a greater extent. Unlike previous films, these films featured new — and lesser-known — actors and focused on current events.

Furthermore, films were not made in large studios; instead, filmmakers took their work to the streets, interfering with society’s social fabric.

A popular belief is that these films were inspired by the Marxist ideas of pro-socialist author Karl Marx, as they focused not only on unfairness and chronic unemployment but also on the economic differences between the bourgeois and proletariat.