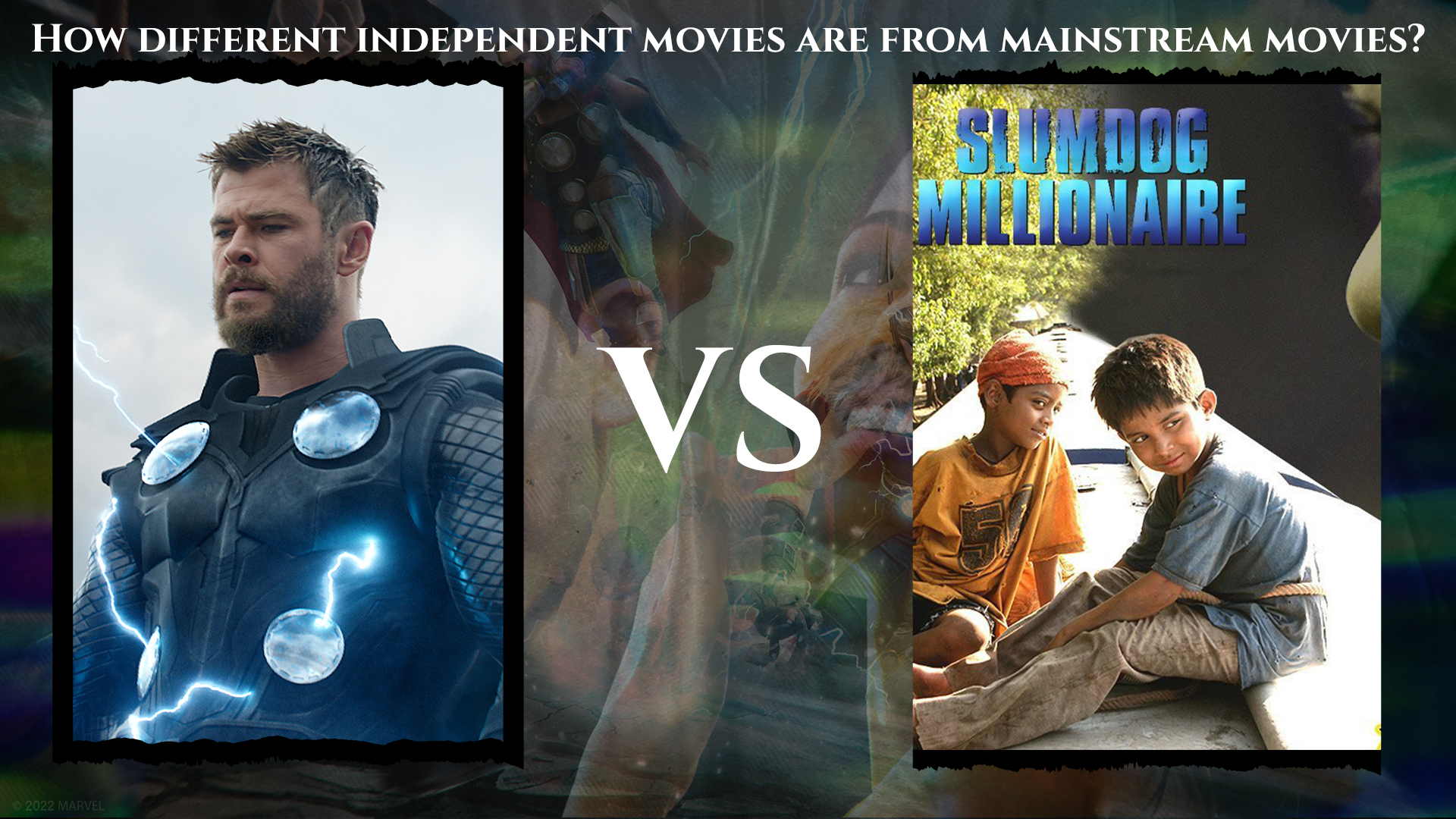 How Different Independent Movies Are from Commercial Movies

Like both sides of a coin, the film industry also has two sides. One is the commercial, mainstream side and the other one is the independent, free-spirited side. These two, though falls under the same art form, is very different from one another. There are a few points to completely understand the vast difference between independent movies and commercial movies.

Mainstream movies are big production house-produced cinema, which screens at variant cinema halls for a limited period of time, and has elaborate marketing strategy. Whereas, the independent cinema production happens outside of main cinema industry, often by not-so-popular emerging independent filmmakers. These movies are not produced by big names; however, they aspire the distribution from the big names,

Here are few points to show the difference between independent and commercial mainstream movies clearly:

The budget of any commercial movies can exceed million dollars. The budget is very elaborate and particularly divided into many sections like pre-production, cinema making procedure, post-production and marketing. These movies generally have one or more producers for financial help. They have separate budget for high-class A-lister movie stars in them.

The Budget of independent cinema is usually very low. Many different kinds of funding are used to finance independent film productions. Small production businesses may work together on the project by lending their professional expertise and financial resources. However, independent production companies are typically supported by arts organizations like the British Film Council or the British Film Institute. Independent production companies can also find funding from private investors. Independent movies are also supported by a few television networks, including Film Four and BBC Films. Independent filmmakers can now use crowdfunding or online donations to raise money thanks to the internet.

Mainstream movies do not worry much about distribution deals. These deals come to these sorts of movies very easily. Their big names, reputation and actor names helps them with film distribution. They are pretty much self-reliant when it comes to film distribution. They have a dedicated team who approaches to the cinema theatres individually and pay a big amount to them for screening their movie at the theatre. In mainstream, actors are often used to attract audiences and fans of the actor to the movie, and are one of the main attractions of the film.

Independent movies typically don’t get a mainstream cinema release, in contrast to studio movies. To increase exposure, production firms enter their films in regional, international, and local film festivals. Independent movies typically only have a small theatrical run, but many theatres welcome independent moviegoers and fans. In indie cinema, actors are often unknown, and are not in any way used to create revenue, but instead used because they are the cheapest option, or required.

The most apparent and visible distinction between independent and mainstream movie is the film cast. In contrast to independent films, which frequently shoot in the same area with one or two shots taken elsewhere, mainstream films frequently construct sets and travel across the globe to obtain precisely what they require for production. This is due to the fact that it is the least expensive alternative while simultaneously being the best at telling the tale.

The independent movie “Clerks” is an instance of both of these; all but three scenes were shot within one service station, and the interior shots were shot at night to keep the business open since the actor only worked there. Additionally, the film’s actors were not A-listers but rather the director’s friends who gave their time freely, demonstrating the stark contrast between independent and mainstream cinema.

The marketing techniques employed are another distinction. Independent films are promoted through film festivals, critics, reviews, and word-of-mouth. They typically have very small marketing budgets and little to no advertising. However, mainstream movies have multi-million dollar marketing campaigns that use billboards, the internet, TV commercials, and every other method imaginable to bring the movie to the public’s attention.