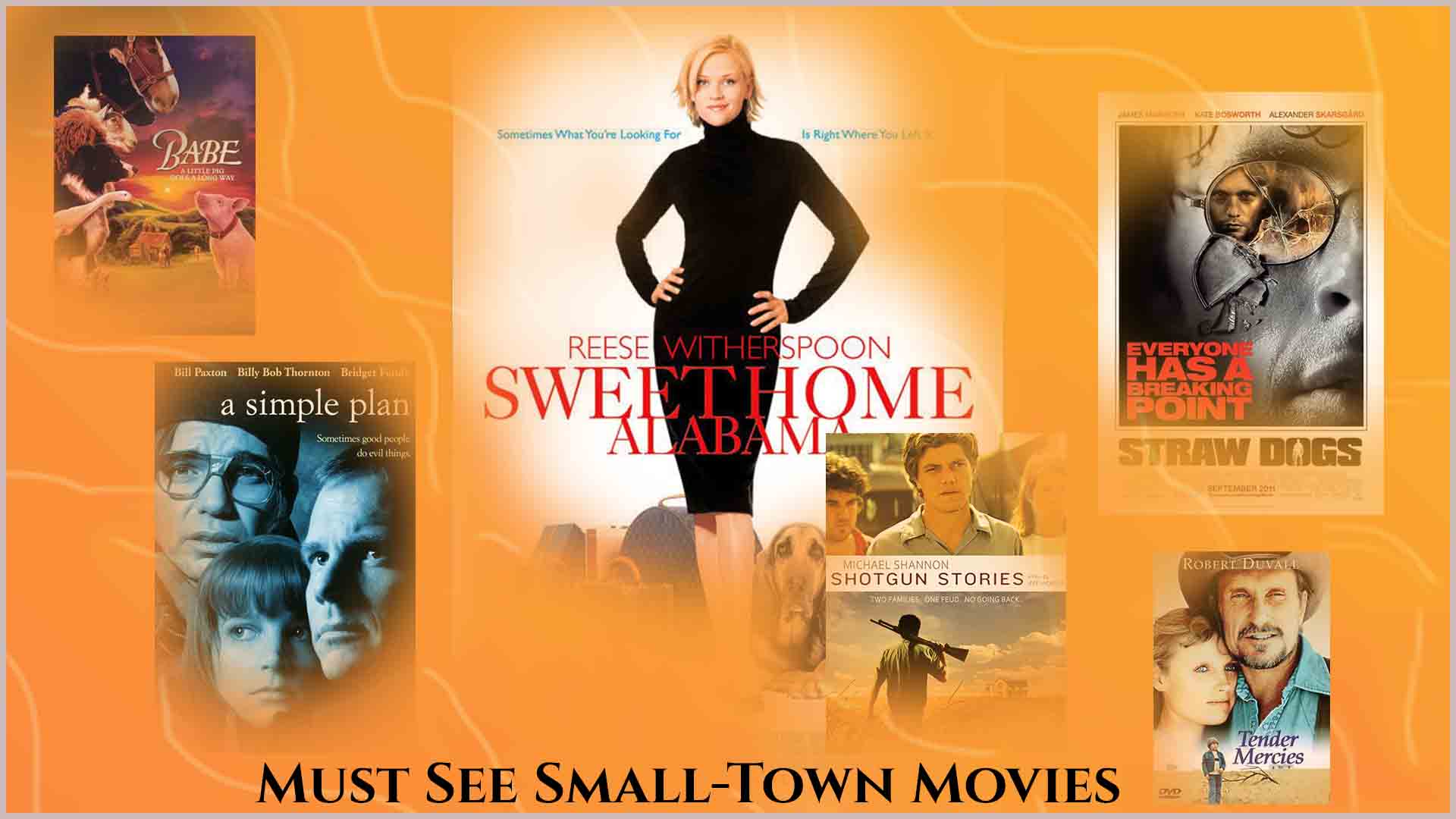 Movies that are set in small towns tend to have a more personal feel to them than ones that are set in large cities or across multiple nations. Small towns are the ideal backdrop for tight thrillers because of the intimacy that allows filmmakers to concentrate on character development alongside the essential components of a tale.

Small towns and rural areas offer excellent locations for small-town thrillers since they are places where almost everyone knows one another and keeping a secret are nearly hard. Small-town crimes can have far-reaching effects on the community, increasing stress on enforcement to act quickly or risk the public taking things into their own hands.

The benefits and challenges of farm life, the ties of family, and a rediscovery of one’s small-town roots are all frequently seen topics in movies. Here are a few of our favourite movies that focus on rural and small-town life.

To all our fellow Indie Filmmakers, at WFCN we have more than 500 handpicked film festivals where you can submit your precious work of art. You can also showcase your film by making a portfolio in WFCN.

Reese Witherspoon portrays an aspiring New York fashion entrepreneur who is forced to go back to her hometown of rural Alabama to file for divorce from her former husband. However, as she arrives there, she slowly begins to realise that perhaps she had the wrong priorities all along.

In Sam Raimi’s film A Simple Plan, three friends discover a cache of millions of dollars in a crashed plane and decide to share it among themselves while keeping their discovery a secret. However, each member of the trio has a unique strategy for using their riches, and things only become more difficult when individuals start seeking the missing funds.

It takes a lot of astonishment and a willingness to accept the absurdity of it all to enjoy this one, but the colourful cast of talking barnyard characters in this clever story of an abandoned baby pig who gets to know to play the role of a guard dog (and succeeds in avoiding becoming ham in the process) is just too endearing to pass up.

In small-town thrillers, family disputes are one of the tensest themes, and Jeff Nichols’ first independent film Shotgun Stories is rife with them. We see what each group is ready to do to defend their family as the conflict between two sets of half-brothers intensifies following the passing of their father.

Shotgun Stories has little to no standard Hollywood glamorization and is, at its core, an independent film. It is solely propelled by the stellar lead actors’ performances as well as the superb framing and cinematography. This small-town thriller’s slow-burning pacing aids in developing and maintaining tension throughout the entire movie.

In a small Texas town, a failed, alcoholic country music artist tries to start over with a widowed woman and her son, but just when lasting atonement seems to be within his reach, his past starts to catch up with him.

In the classic psychological drama Straw Dogs, Dustin Hoffman plays the lead role of an astronomer who leaves his native nation of America for a small English hamlet with his wife to escape the violence there. However, violence seems to follow him as the residents of the town, who are familiar with his wife, grow more hostile towards him.

When it was first released in 1971, Straw Dogs generated a good deal of criticism because of several overly dramatic moments. This movie isn’t afraid to show some horrifying aspects of human nature and the emotional effect they can have on someone who has been pushed to the limit.