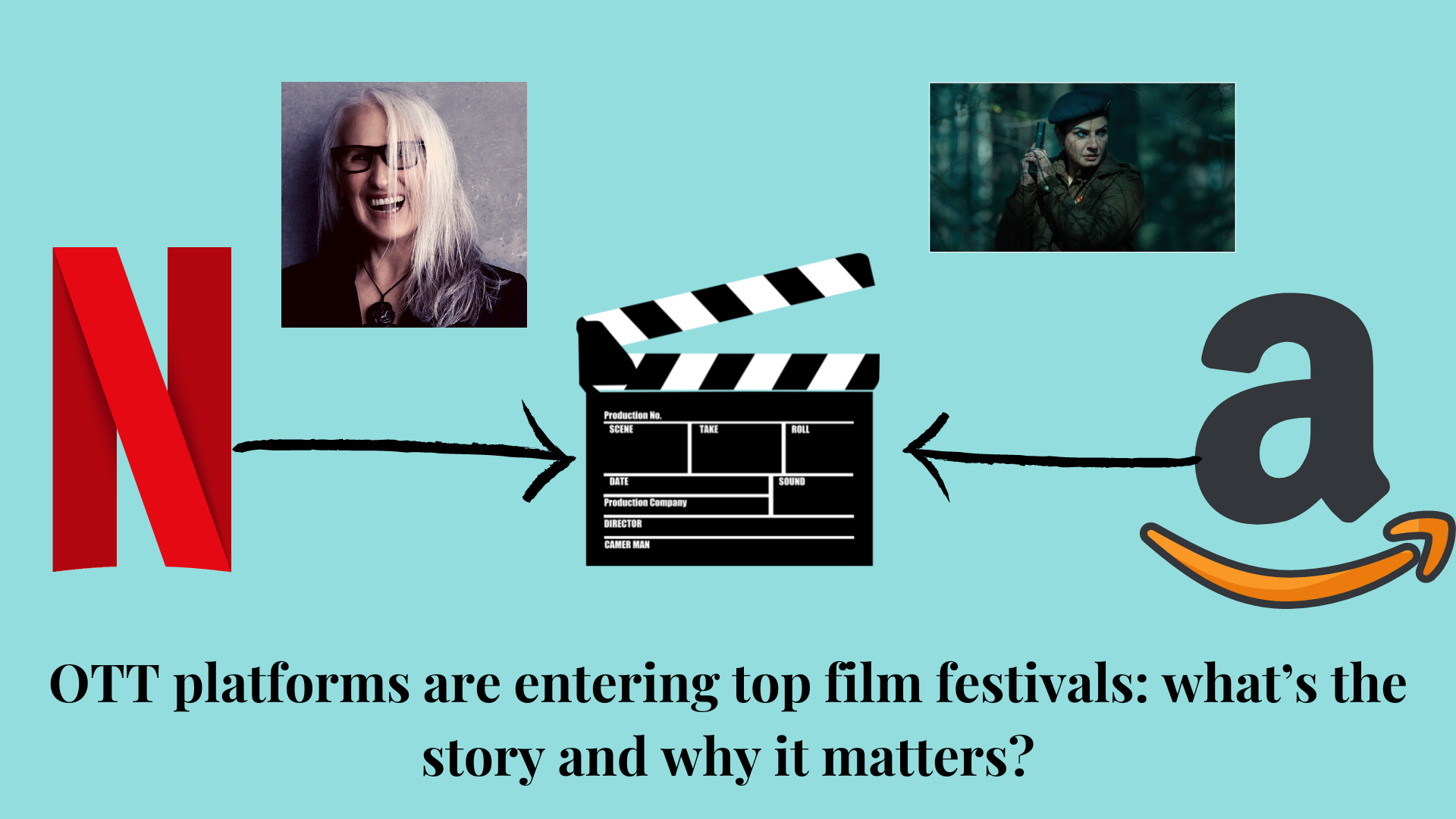 OTT platforms are entering top film festivals: what’s the story and why it matters?

OTT platforms were THE entertainment savior to all of us during the whole 2 years of the pandemic. Savior from boredom, a savior from extra work pressure, and a savior from the constant negative ambiance. Film festivals were paused. But now, as things are going back to normal, film festivals are reopening again. That’s why some of our well-loved and famous OTT platforms are coming to Film Festivals.

Film festivals have a long history of acknowledging new talents and giving them a platform to shine through. They are almost 200 years old. Because of their age and reputation, they have gained a safe and honorable space for themselves. Although OTT platforms have paved their way through the crowd of platforms and big screens, they also admit that there is a certain charm to film festivals. It is safe to say that these OTT platforms are also looking forward to the top upcoming film festivals globally.

It all started with Netflix sending the world-famous film The Power of the Dog by Jane Campion to the 78th Venice International Film Festival. There it won Silver Lion for Best Direction in 2021. In the very same year, Netflix also approached the same film at the 52nd International Film Festival of India (IFFI) in Goa. Amazon prime also came up with the first episode of “Aranyak”. Raveena Tandon, Ashutosh Rana, and others starred in the recent criminal thriller series “Aranyak”. During his visit to India, the streaming platform’s CEO, Reed Hastings, met with I&B minister Anurag Thakur.

The future of the film festival and why it matters?

Let's recite the famous Darwin theory: “Survival of the fittest.” Evolution is part of progress. Film festivals are not an exception either. With the evolving society and its mindset, film festivals are bound to change as well. The jury members are also looking for something fresh, something new. The good thing about this is: the value of acknowledgment from a list of film festivals will increase. This will be a very preferable situation for the new independent filmmakers who want to promote their films.

Now, on the flip side, the competition is going to be tough. The content these OTT platforms offer is already shortlisted as being the best. Generally, the content they send to these top film festivals already checks all the boxes for being the winner. But if a filmmaker’s story is strong, and projected really well, then the budget or grandeur will not matter. The table will turn, and you may as well win the competition.

So the moral of the story is to FIND A GOOD SCRIPT, project it well on screen and send them to multiple film festivals via WFCN so that your chance of winning awards, laurels, and acknowledgment increases.