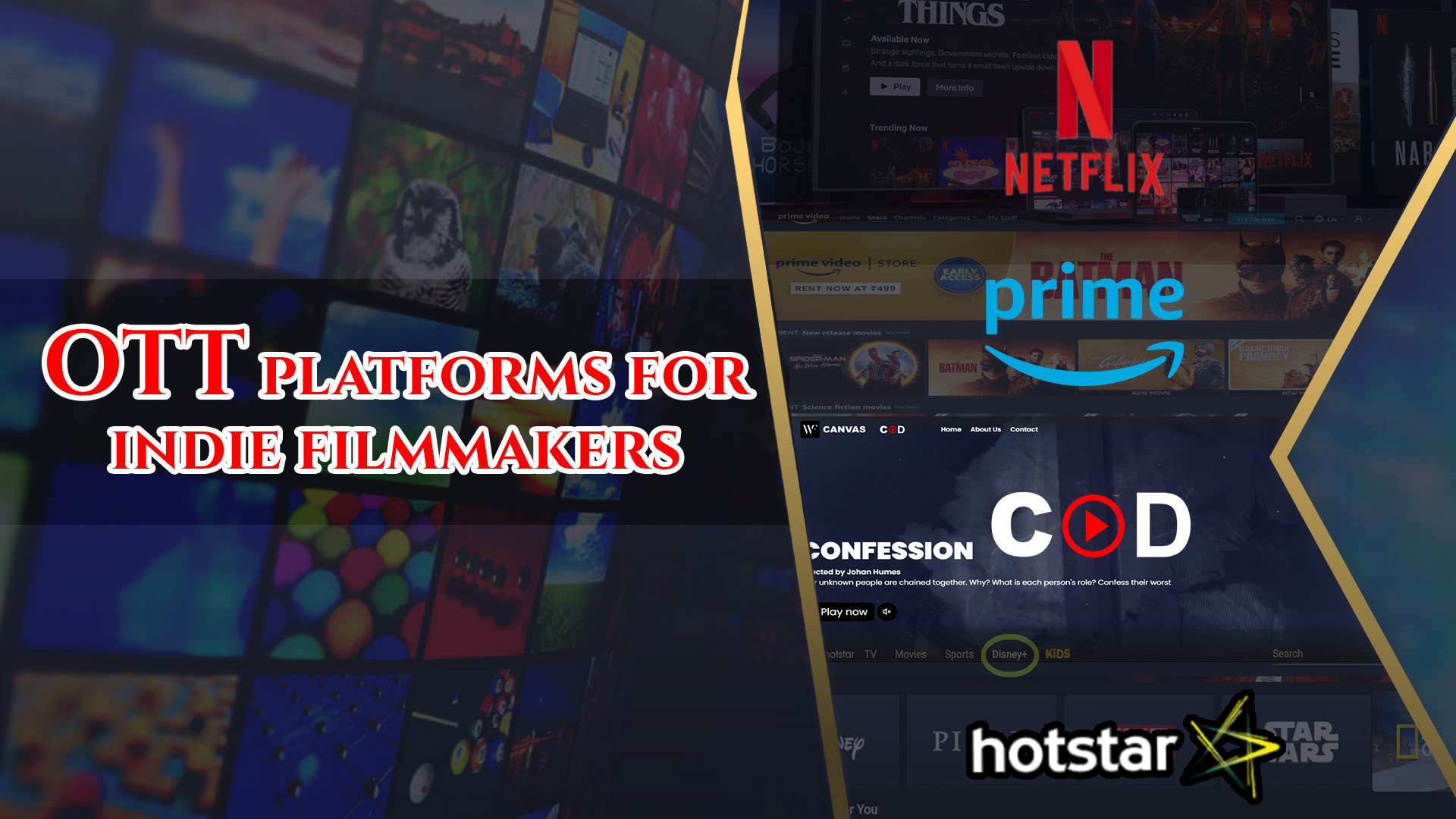 With the emergence of OTT platforms worldwide, indie filmmakers are finding a new direction to distribute & show their indie film to a greater audience. The pandemic era has shown us that the “kind” of films does not matter anymore. Major film distributors are taking over the entertainment market leaving space for indie filmmakers to rise up.

We have enlisted here a list of OTT platforms where you can watch and distribute indie movies.

Netflix is by far the biggest and most popularly watched video streaming platform. It spreads across 190 countries and 30 languages. It is so popular that there is even a popular saying- ‘Netflix and chill’. It houses a wide range of diverse content, supporting all genres. It is a very good hub for independent filmmakers.

How to connect with Netflix: Netflix India has appointed agencies for the fulfillment of its creative requirements.

It’s best to reach out to Acquisition Team in Netflix for your completed films.

Driven and owned by Star India, Hotstar comes just right next to Netflix when it comes to content distribution. Gaining popularity in India by broadcasting IPL, Disney collaborated with Hotstar and made a hub for Disney series. It is now promoting and supporting many independent films.

You can connect with their Talent acquisition Team to pitch your film.

Amazon Prime Video, another American over-the-top streaming and rental service, offers thousands of titles to all of its Prime members throughout the world. It is the second-most subscribed OTT platform since it provides the most affordable subscription rate in India as compared to its global prices.

If you want to distribute your own movie on Amazon Prime, you’ll need a Prime Video Direct account as well as physical presence in the UK or the US with a local bank account and mailing address.

The above mentioned platforms are really hard to crack. It is very difficult to reach out to their talent acquisition team and pitching your film. There also an issue of piracy. We all know. Half of the shows are available on piracy websites. But World Film Communities Network recently launched CANVAS a self-distribution platform, where an independent filmmaker can upload his movie without any cost.

They can earn revenue by putting it up for rent as well. This film submission platform is completely safe from piracy because of its secured web server. You don’t need any middlemen to submit your film here. Just open a WFCN account and then you can submit your film there.

Here is the link for Canvas on Demand: https://www.wfcn.co/canvas-od