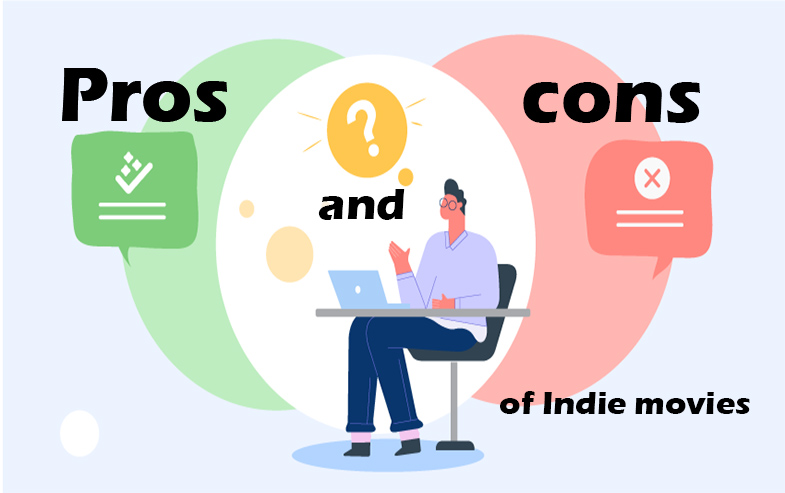 Pros and Cons of Independent Films

The making of a film, especially an Independent Film always comes with its pros and cons. Independent Films are different from commercial and big-budget films; they are kind of a tool that is used to spread social messages. The movie genre and orientation are also different from mainstream movies. Focusing on their features and production there must be advantages and disadvantages of this movie genre.

Independent movies are independent in many aspects; they have the freedom of choosing their content, they don’t depend on the commercial materials that will bring business they focus on the creativity and originality of content. They are capable of spreading social messages with their unique storyline. Moreover, the world of indie moviemakers being small brings all the filmmakers together. That means they have a good community which is much appreciable.

Coming to its cons or disadvantages we must notice that being separated from big studios independent films face a lot of challenges while shooting for a film, and it may result in poor production quality. This may lead to the failure of even a wonderful storyline. Moreover, some filmmaker gets out of focus on what content to create while maintaining individuality. Sometimes they create such content that is promoted in the wrong field and suffers drawbacks. The next thing that an Independent film faces is a lack of promotion. As Independent films are not produced on a big budget their promotion also remains limited which is a major disadvantage of this genre.

Drawing the conclusion I must say that all beautiful things come with scars on them so are Independent Films. If we can fix these few disadvantages Independent movies can one day rule the World of Cinema with its uniqueness.