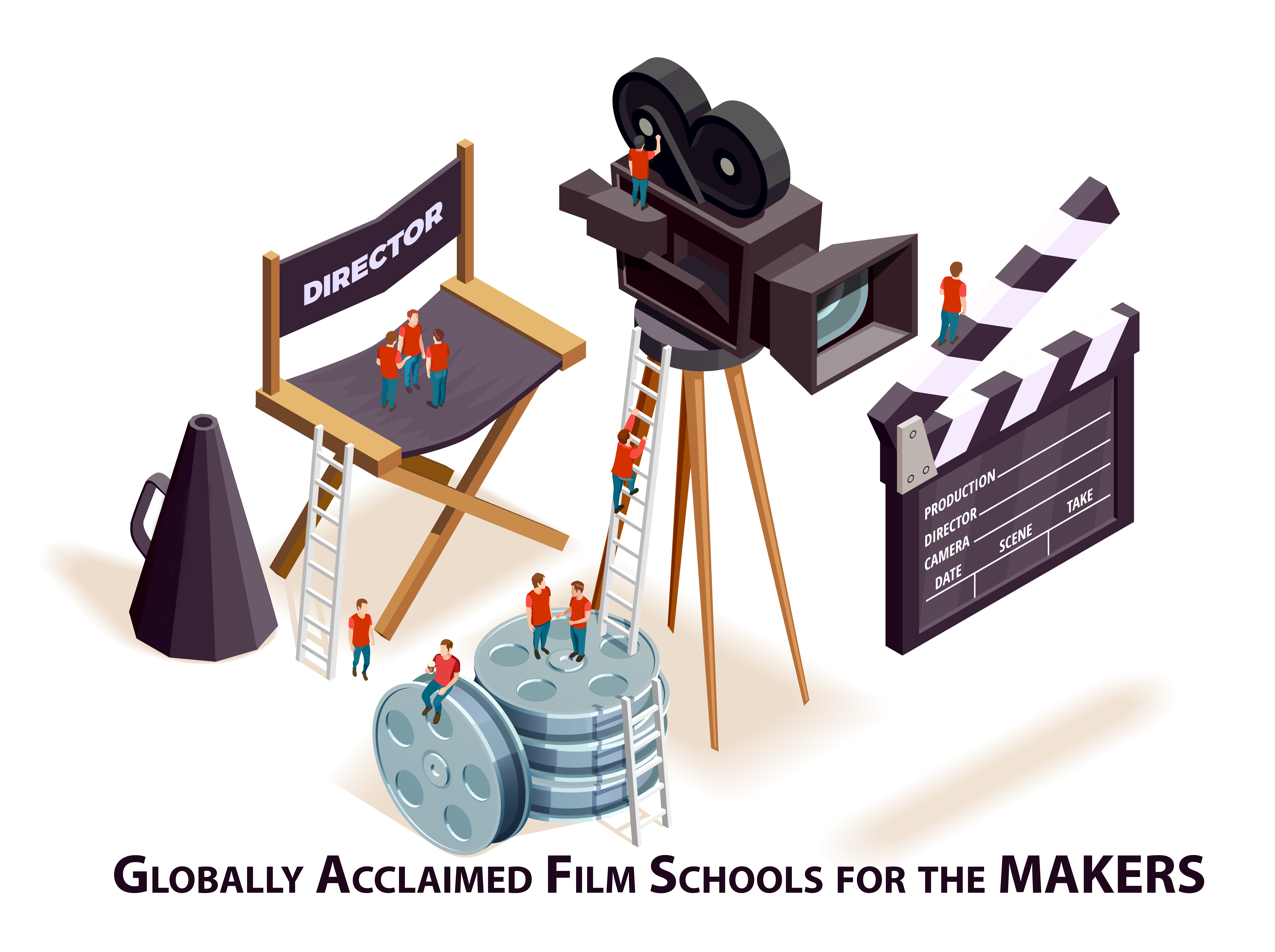 Candidates must study the necessary tools and acquire cutting-edge abilities to thrive in the competitive profession in order to have a successful career in the worldwide film industry. Diplomas, certificates, and degrees Ph.D./M.Phil. is all available in film studies. Below is a list of some of the greatest film schools in the globe, as well as a summary of the programs offered, which has created some of the gems of the filmmaker's community today-

The American Film Institute, or AFI, is one of the most well-known colleges in the world, located in Hollywood, the world's filmmaking capital. The AFI Conservatory, which offers filmmaking schools, has alumni who have won major industry prizes such as Academy Awards and Emmy Awards. It offers a highly structured Master of Fine Arts degree in Cinematography, Directing, Editing, Producing, Production Design, and Screenwriting in six different disciplines. Applicants must have a bachelor's degree, but you can apply as an Associate Fellow if you don't have one.

Tisch School of the Arts

NYU Tisch School of the Arts is a prominent teaching platform for artists and filmmakers. It is one of the best-known schools for pursuing cinematic, performing, and emerging media arts globally. From BA to Ph.D., the school offers a wide selection of degrees to fit one's interests. Acting, dancing, design, animation, gaming, film performance, film, writing for musical theatre, stage, screen, and television, recorded music, photography, preservation, interactive media, and public policy are among the courses available.

The LA Film School is a top-ranked film school that is regarded as one of the best for those just starting out in the profession. The film, Animation, Entertainment Business, Audio Production, Music Production, and Animation are among the associate and bachelor's degrees offered by the school.

As part of the course curriculum, the NFTS student community produces over a hundred films per year, which is more than any other UK film school. MA courses in Cinematography, Film Studies Programming and Curation, Sound Design, Diploma courses in Directing Commercials, Sports Production, and Certificate courses in subjects such as Character Animation are among the many programs offered by NFTS.

To envision a better future, where you can tell your stories with the right mix of imagination and technology, these film schools can help you transform your dreams.