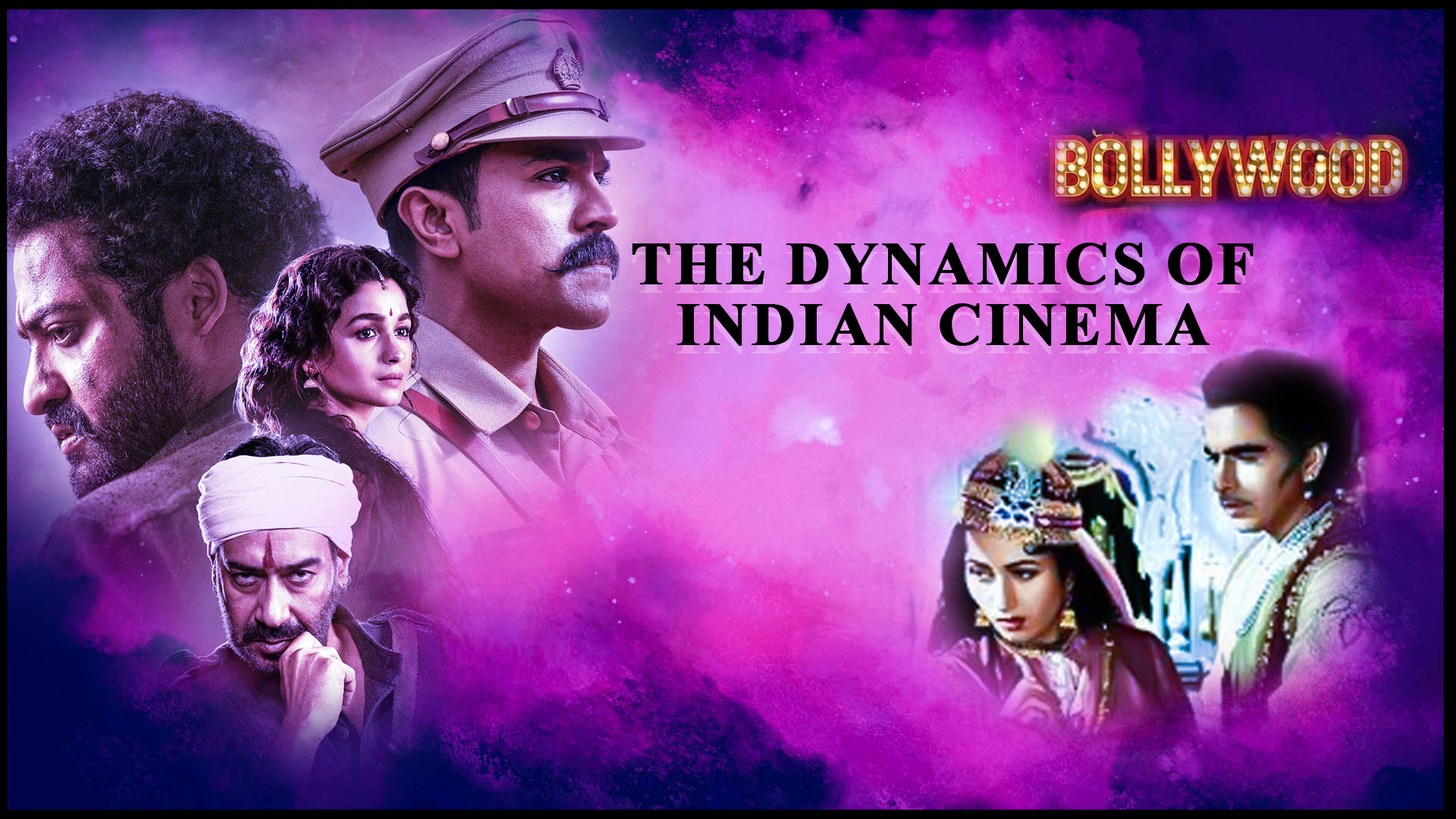 The Dynamics of Bollywood: An exemplary industry

‘Dil Chahata Hai’, ‘Dilwale Dulhania Le Jayenge’, ‘Kabhi Khushi, Kabhi Gham’… do these names ring a bell inside your head? If yes, then you must have heard of the Bollywood film industry. India’s biggest film industry and home to many global iconic stars like Priyanka Chopra Jonas, Shah Rukh Khan, and many more Most parts of the world resonate with India with this movie industry.

But what is so special about this Bollywood? Why does almost every top film festival have one or the other Bollywood movies at their screening? To find out, we did research and now we present to you the dynamics of Bollywood and the elements that make it so special.

Escapism at its best

From being colonialized to vigorous battles and wars, and the recent pandemic- India and its residents are witness many brutal instances. In those hard times, what kept them motivated and positive was Bollywood movies is their Romanticism. They purposefully show in their movies that no matter how strong the bad guy is, the good guy will always win the battle. They always show that even in the darkest times, there will always be a ray of hope which will lead to success.

While the world cinema is full of realism and extravagant stories, something, that cannot be achieved in real life, Bollywood showed that relatable character exists, that marriages can be a heck of an event, and let us escape in a world where happy endings exist. This is exactly the type of content that thrives in hard times and comes through beautifully at any Film Festival.

Music for every mood

Any Indian wedding or party is incomplete without some cheering Bollywood songs. Simple dancing steps and catchy music can win the heart of any listener; whether they understand the language or not. From classical to folk music Bollywood has everything in it. “The celebrated song and dance sequences of Bollywood show no influence of the Hollywood musical,” Sabrina Ciolfi writes in the academic paper, Popular Hindi Cinema: Narrative Structures and Points of Continuity With the Tradition.

Frequently, music sequences are incorporated into the narrative storyline as minor deviations from reality. The performers rarely sing, creating another sense of disconnection from the plot. This gives the audience also a break and just enjoy.

But, Bollywood movies have transformed over the years.

Just as the amorous heroes met their end, so did side actors in other films, with outsized antagonists and “bad girls” finding their ends. A film that enabled its bad girl to work out without incident was not going to be accepted by the general public. Many of the early Bollywood performers were trained in the Parsi theatre tradition. Everything was overstated. People were slamming their hands together. We’ve learned over the years that the less you do, the more impact you can have on screen.

The scenario is changing slowly. For example, in the movie, ‘Devdaas’(2002) Dev, the protagonist didn’t reunite with his true love, nor did his two love interests. Sad… but revolutionary.

What an Independent filmmaker can take away from this is quality over quantity. Bollywood is facing its downfall past the pandemic. People don’t care bout production value, or movie budget until you have a mesmerizing story to tell what you will do in this industry. So take time, don’t rush- and everything will work out just fine!