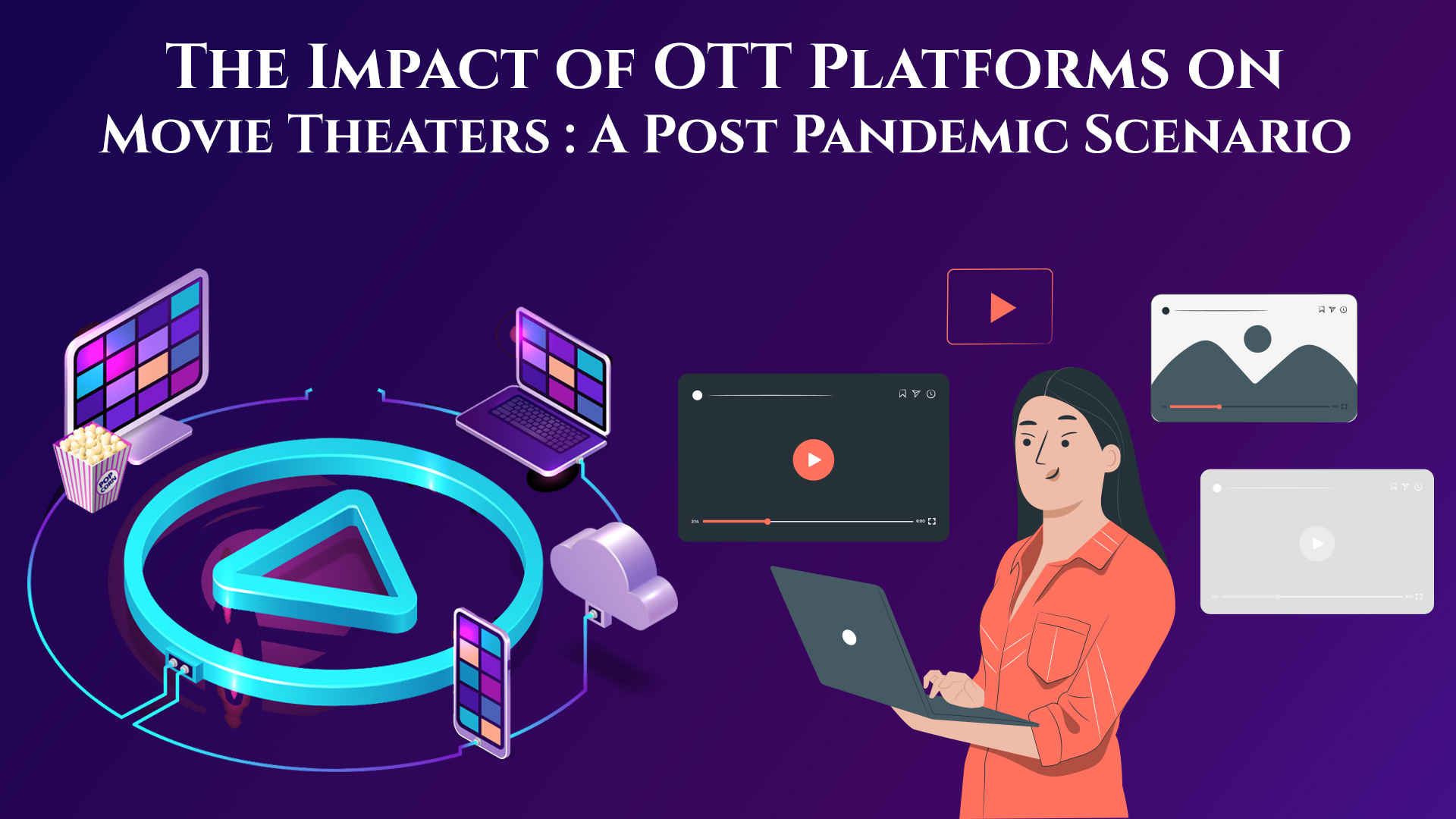 The Impact Of OTT Platforms On Movie Theaters : A Post Pandemic Scenario

Communication has played a crucial role in human entertainment. People of all ages have devised many forms of entertainment for themselves, their families, and society since the dawn of time.

Furthermore, as technology advanced, new and innovative ways of presenting events, sentiments, and interpretations emerged. With advancements in the sector, the breadth and scope of entertainment have become inconceivable.

People now have unrestricted access to knowledge thanks to the new technological era. Radio, newspapers, and television all advocated for global consciousness decentralization.

People might select from a variety of ways to keep themselves entertained and calm from anywhere. Communication expanded on a big scale and across borders.

The internet, television, and cell phones, as the most recent additions to entertainment, have affected every aspect of communication. The Internet brought humans and their needs closer together.

Visual entertainment will always have a powerful impact on the world’s culture and trends. The story of a common man eagerly planning his day so that he would not miss his favorite show like ‘Ramayana’ or ‘News Hour,’ or of a family waiting for a movie to be telecast on Doordarshan on a Sunday evening, is not simply nostalgic memoirs; they reflect the origins from where the change began to the point where, today, we can select, customize the content in terms of what, where, when, and how to watch it.

This is not an instantaneous development; technology has slowly but steadily transformed the idea of “feasibility.”

The urge to break the limitation was prompted by a home television with few channels. OTT services were born from the fundamental idea of discovery. The mandated lockdown has provided an ideal environment for the OTT industry to flourish. Providing modern-day individuals with the ability to see whatever they choose.

OTT Platforms and Streaming Services will have a noticeable influence on movie theatres, but this does not limit the opportunities for both sides to expand. Even still, there remains a strong belief among moviegoers that the greatest way to see a film is in the theatre. The present situation might prevail until the normal conditions are restored.