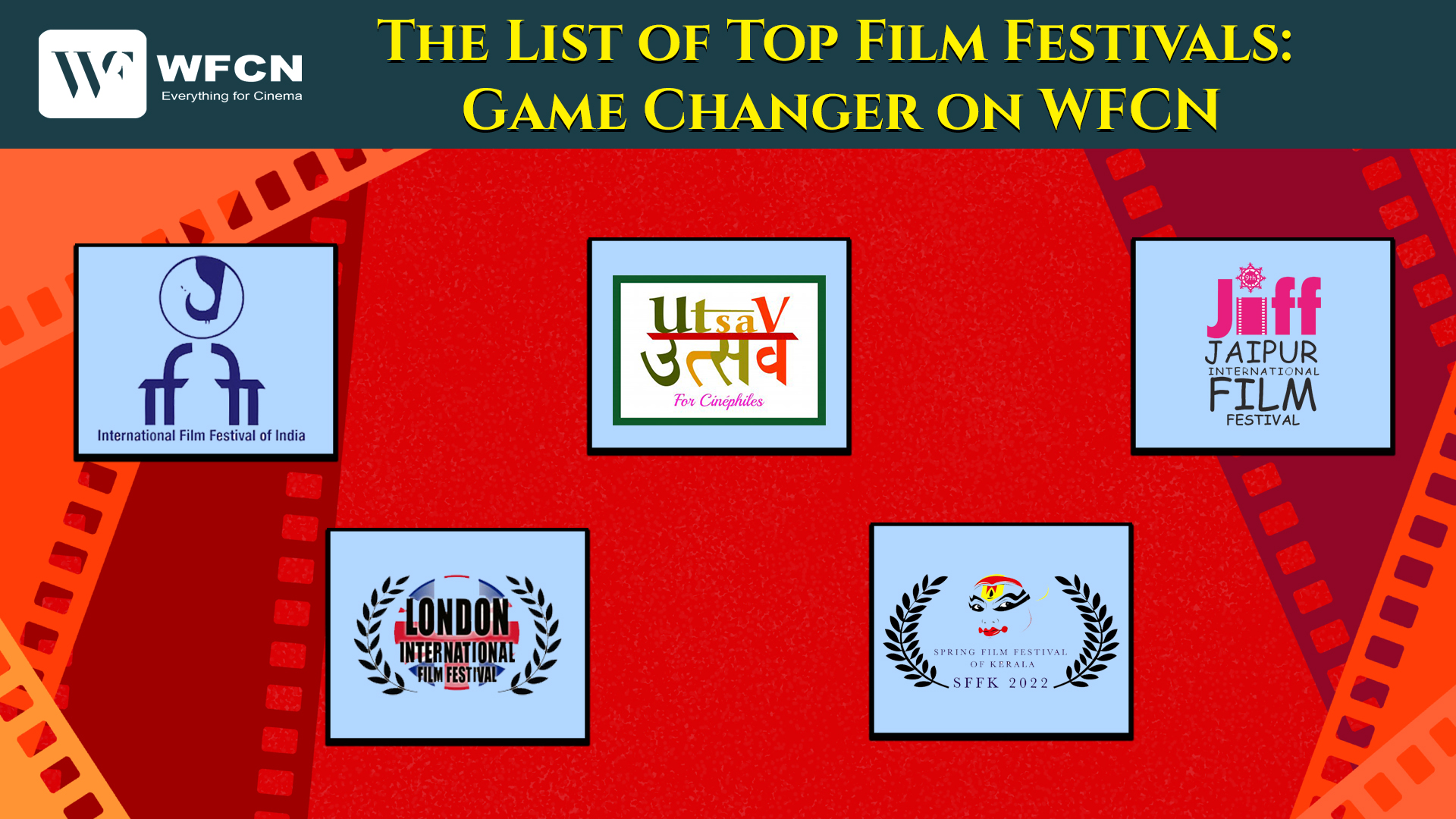 The List of Top Film Festivals: Game Changer on WFCN

WFCN is home to 500+ film festivals from all around the globe. Some are big, international-level festivals, while others are local, small yet significant. Some festivals are inclusive for all genres of cinema, while there are other few that cater to one specific genre or theme specifically. We do understand that the number of film festivals can be a little overwhelming; if you are new to this industry. That is why we have created this blog.

We do want to say that those festivals that are not listed in this list are not from any perspective inferior or less than these 5. They are equally good and valuable to budding filmmakers. These ten were chosen by our malapert worldwide editors and loved by filmmakers and audiences.

The top 5 list of the game changers film festival

First up on our list of film festivals that have proven themselves to be a game changer is :

The Bollywood International Film Festival — BIFF — was formed in January 2020 by some of the most well-known actors, directors, and film enthusiasts. BIFF aims to be a meeting point for cinema enthusiasts and creators from all around the world.

The festival includes a variety of intellectual forums for filmmaking and film appreciation, such as conferences, workshops, and master classes, for the enrichment of film professionals, discriminating audiences, and students in many areas of cinema. The previous year they received almost 400+ film submissions in various categories.

The Hindi term ‘Utsav’ means celebration and this film truly celebrates the spirit of independent filmmaking. “Due to requests by many filmmakers, we have decided to include other independent films in this edition of the festival.” — says the festival director. This shows how inclusive they are.

However, they have a special space for the LGBTQ community. LGBTQ people are part of our society for many centuries but were neglected, harassed, and wrongly portrayed in cinemas. But now we as modern global citizens are starting to accept them, there are many good LGBTQ stories coming out. Along with other genres, this film festival seeks out storytellers and provides them a platform to screen their films.

The Jaipur International Film Festival, the world’s fastest-growing film festival, is held every year in January in Jaipur, India. Launched in January 2009, the Jaipur International Film Festival -JIFF became expanding establishing name in organizing world film festivals every year in Rajasthan. The Fourteen JIFF 2022 received 2100 films from 52+ countries and 279 films nominated for screening. (COVID-19 — Hybrid Edition). JIFF also promotes friendship and cooperation among people of the world through the medium of films & documentaries.

They want to promote British and international cinema. The LIFF Festival, which will be held in the city of LONDON, will recognize the finest films with a certificate and a trophy. It was created to celebrate the art of filmmaking and to honor the filmmakers who make it all possible. This festival received almost 500+ film submissions for this year’s festival screening.

This festival is part of Kerala’s famous spring festival, called Onam. They are going for online screening only this year. Accepting all genres of movies, including music video, short film, feature film, documentaries, mockumentaries, etc show how inclusive and accepting they are. They have an online panel of international juries, who gives you the verdict. They are taking from WFCN only.

So, now you have our list of top film festivals, or as we call them, Game Changers.