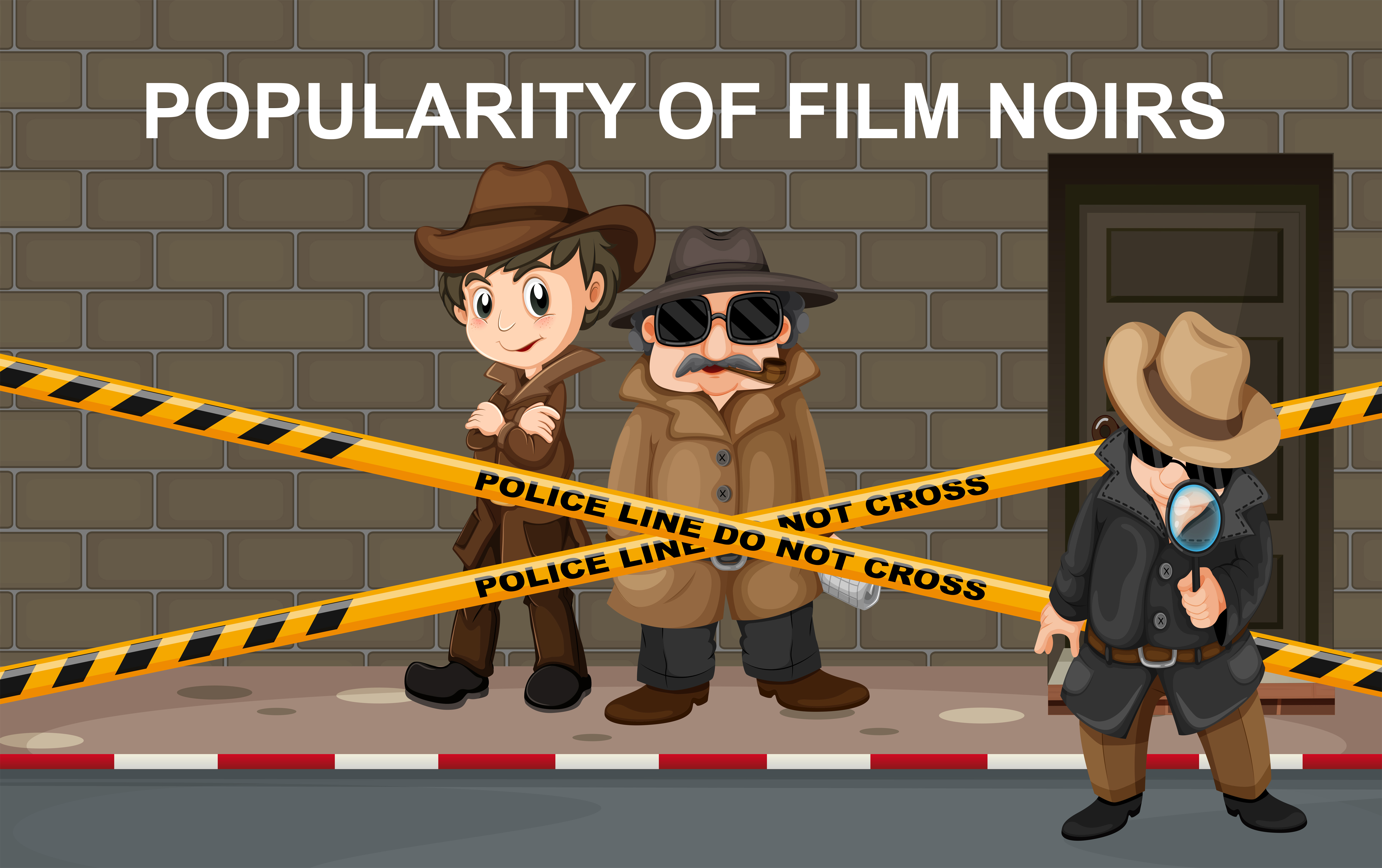 The Popularity of Film Noir

It must be tinkling in your head that what actually the term Film Noir represents?  So, let’s get into finding the answer first. Well, Film Noir is a specific genre of movie that took birth from pessimism, cynicism, and fatalism respectively. Basically, the American thriller or detective movies that were made during the 1940s and 50s are categorized as Film Noirs. To be more specific, film noir represents films that are “dark” in their nature. The French critics termed this genre of the movie as the “black cinema”.

This genre of movie is contained with certain elements that are found to be common in its feature. First of all the protagonist of the movie is often portrayed with anti-hero characteristics; though they don’t act for the right purpose always yet their actions proved to be noble. Next, it portrays a female character that is mysterious, beautiful, seductive, charming, and so on who is often seen trapping her admirers to something horrible. They are marked as a vamp or termed Femme Fatale. The plot is often placed in the post-World War era along with the involvement of incisive and tough dialogues.

It is said that this form of the film comes as a result of the great depression in the society prevailing due to World War II. The pain the uncertainty of life that was brought into the human mind due to the fatal War was the reason why these kinds of concepts began to thrive in the mind of filmmakers. Though some reports show that most of the Film Noir movies that were made during the 40s were actually based on novels written before the 30s, hence, the association with World War II can be denied on this account. Some of the famous movies in this genre that deserves a mention are The Maltese Falcon (1941), The Blue Dahlia (1946), Touch of Devil (1958), Laura (1944), and many more that marks the emergence of a new genre of cinema in the World history.