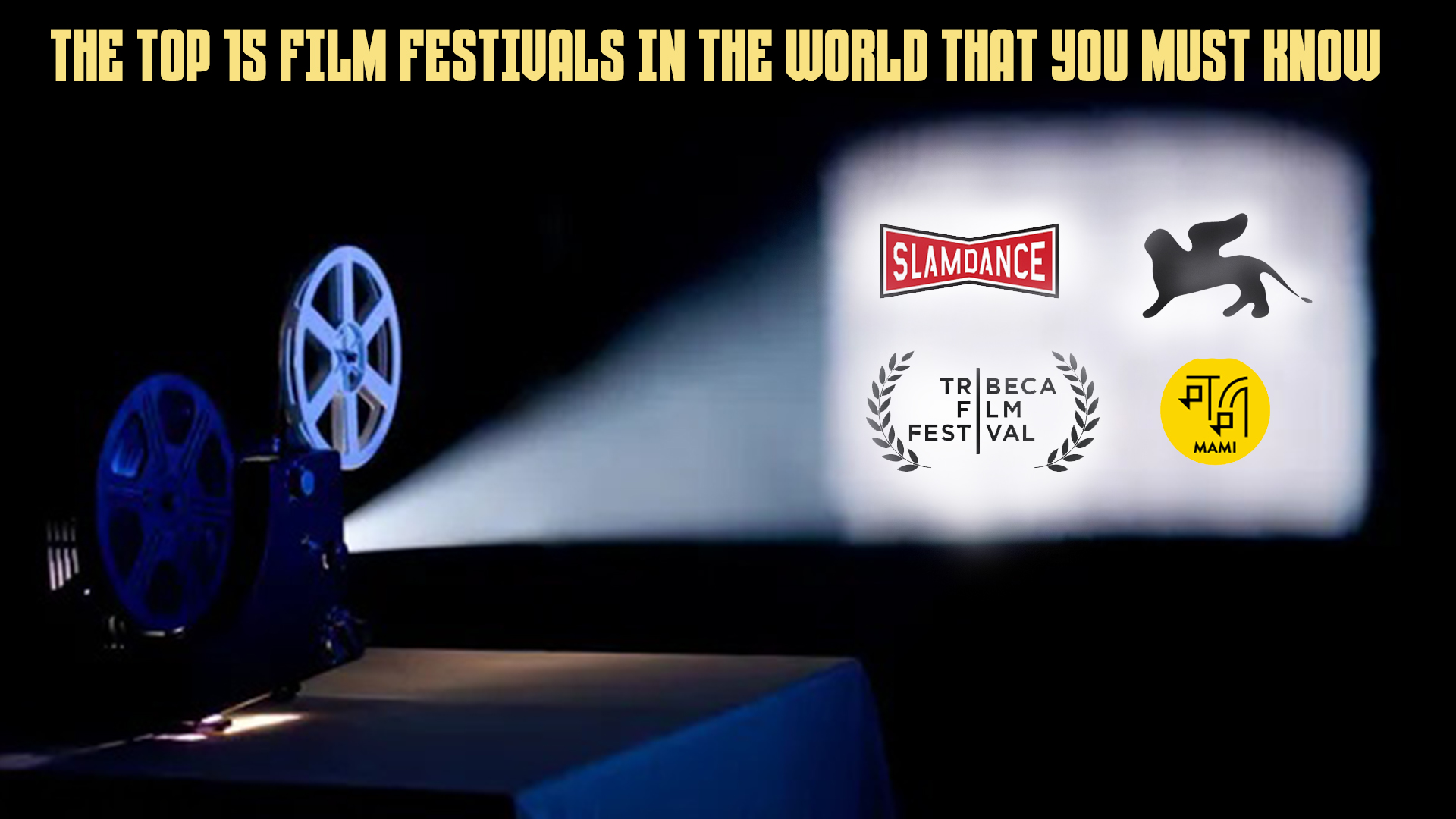 Now that you finally finished off making your film, now what are you thinking about its promotion? If you are one of those big budget film makers then go ahead and do your film promotion in avant-garde style, but if you're an independent filmmaker, then film festivals are the best way to get recognized and publicize your work.

Almost 10,000 film festivals are being held every year. To prevent you from overwhelming with the numbers, here are 15 Top Film Festivals around the globe that have appropriate rewards and a nice amount of recognition.

This Upcoming Film Festival is an ideal platform for independent filmmakers. Here they discover new filmmakers, acknowledge their work, and you can also connect with other filmmakers from around the globe.

This is a meeting point for all the amazing writers, directors, producers, young and new artists. In various spheres of cinema, the independent filmmakers get laurel and digital certificate, right away. This fest is best for developing tools and engaging with global audience.

The Slamdance Film Festival is a showcase for raw and innovative filmmaking that lives and bleeds by its mantra: By Filmmakers, For Filmmakers. They accept all films from every genre. Since 28 years they are validating and providing the due credit to every indie film maker.

New stories, bold moves are all welcome in this festival. This festival is all about food, music, dance, Cinema and of course Mardi-Gras.

Founded in 1990 by a group of film enthusiasts, Stockholm International Film Festival has evolved to become one of the major annual cultural events in Sweden, making it in the top list of film festivals.