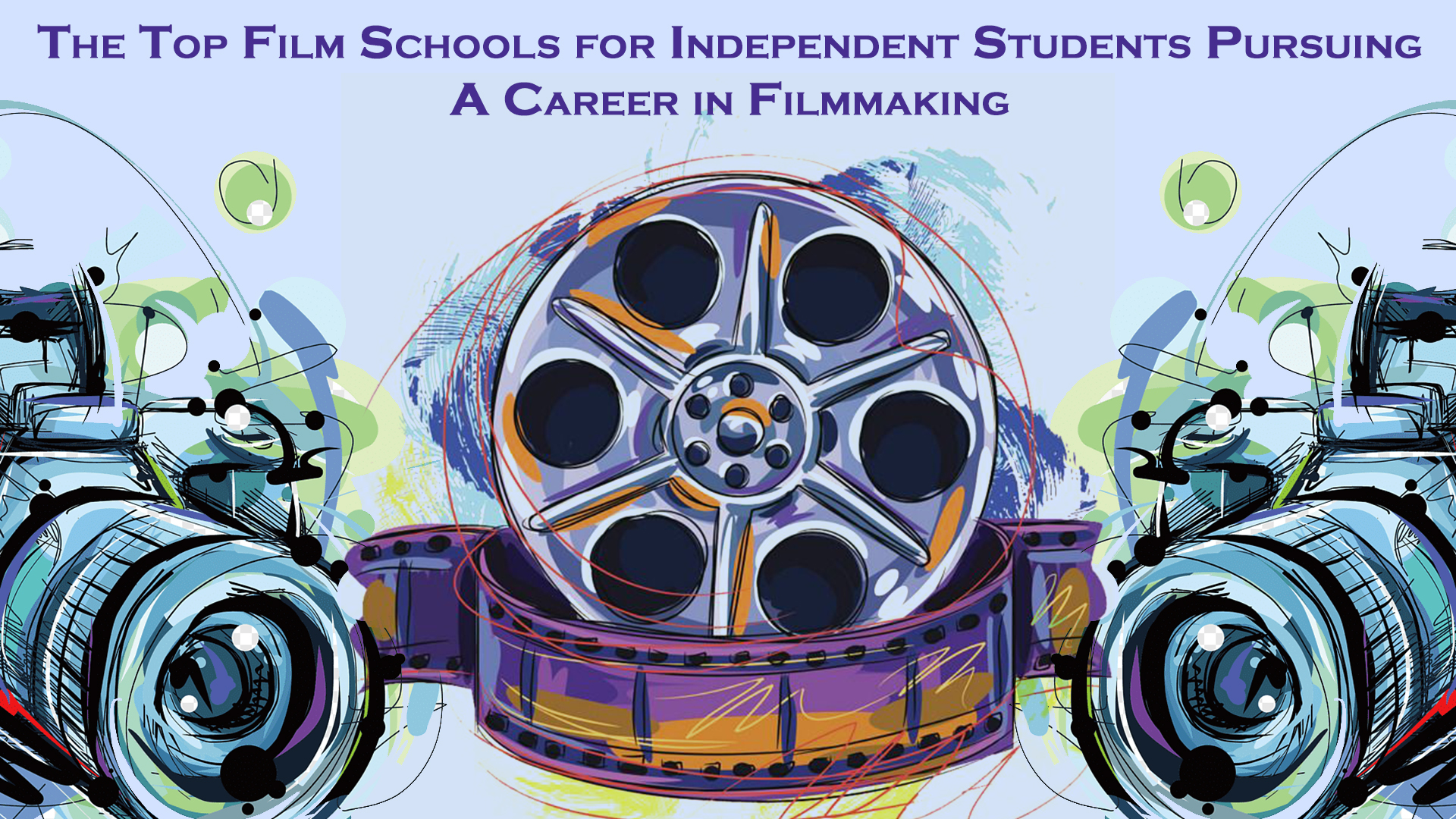 The cost of film school is really high. You’re making an investment in both your education and potential future employment. Finding a programme that meets your needs and can assist you in achieving your goals is crucial. There are several top film schools available, but almost everyone has a different recommendation for where to get a degree in filmmaking. Consequently, how can you pick the ideal film school for your professional life? You may begin by classifying them according to their expenses. We’ll be focusing more specifically on today’s post so you may choose the best film school for you with knowledge.

We’ll talk about the top film courses for independent learners in this blog post.

Going to film school is a significant decision. There are numerous variables to take into account, so picking the best institution for your requirements is crucial.

When researching various film programmes, bear the following in mind:

Do you prefer living in a large metropolis or a more rural area? Are you trying to find a certain area of the nation? When making this choice, take your needs and way of life into account.

What types of movies do you wish to produce? Are independent or studio films more appealing to you? Make certain that the school you select gives the training you’re seeking.

Before selecting, it’s crucial to take your financial condition into account because film academies can be pricey. Find out how much it will cost to live there and how much tuition will be.

View the faculty roster for each institution you are considering. Do their qualifications and expertise match your interests? Do they enjoy a good rapport with experts in the field?

When starting out in your profession, having a strong alumni association can be really helpful. Find out if the universities you are considering have alumni who are employed in the field.

The American Film Institute (AFI) is a nonprofit group whose goal is to preserve American film and television heritage. The AFI, which was established in 1967, is in charge of a variety of tasks, including the protection of motion pictures and television shows, the support of new talent, and the advancement of cinema and television education.

The AFI’s yearly list of the top 100 American films, which was released in 1998, is one of its most well-known endeavours. The AFI also runs a variety of other events and initiatives all throughout the year, such as its incredibly famous awards presentation that honours brilliance in both television and film. The American Film Institute is absolutely worth visiting, whether you’re an aspiring director or a dedicated cinephile.

One of the best performing arts colleges in the nation is the Tisch School of the Arts. The school, which is in New York City, gives students the chance to study and act in one of the world’s most active artistic communities. Courses in music, dance, drama and other performing arts disciplines are available at the institution. Students can also decide to concentrate on a particular genre, like opera or musical theatre.

In order to give students a well-rounded education that combines both academic and creative instruction, the Tisch School of the Arts is dedicated to doing so. As a result, the school’s alumni are equipped to pursue jobs in a range of industries, such as stage, screen, and tv.

One of the top universities for film education in the world is the London Film School. The institution, which was established in 1956, has a long and storied history of turning out some of the best filmmakers in the business. The school, in the centre of London’s West End, provides aspiring filmmakers with a distinctive setting to learn and develop. The London Film School is the ideal location for anyone interested in pursuing a career in film because it has cutting-edge technology and a team of industry professionals.

The National Film and Television School

For aspiring filmmakers and television producers, the National Film and Television School (NFTS) is a recognised university. The NFTS, which is based in the UK, provides a broad range of programmes in subjects ranging from screenplay to cinematography. Students wishing to start professions in the film and television industries will benefit greatly from the school’s broad network of industry connections.

The NFTS has recently developed a variety of the most prestigious and well-liked movies and television shows from all around the world. The NFTS is unquestionably a programme worth looking at if you’re serious about pursuing a career in film or television production.

The filmmaking programme at Sydney Film School is distinctive. Students have access to some of the most famous places in the world thanks to the school’s central Sydney location. With a focus on practical filmmaking, students have the chance to pick the brains of experts in the field and produce their own movies.

Additionally, the school provides a variety of short courses that let students examine many facets of filmmaking. Sydney Film School has a course for anyone interested in pursuing a career as a director, cinematographer, or editor. The school is the perfect place to pursue your aspirations of becoming a filmmaker because it has knowledgeable instructors and cutting-edge facilities.

These are the top film programmes for you if you’re thinking about a career in filmmaking. These institutions can help you advance your profession thanks to their qualified instructors, cutting-edge facilities, and emphasis on real-world filming.