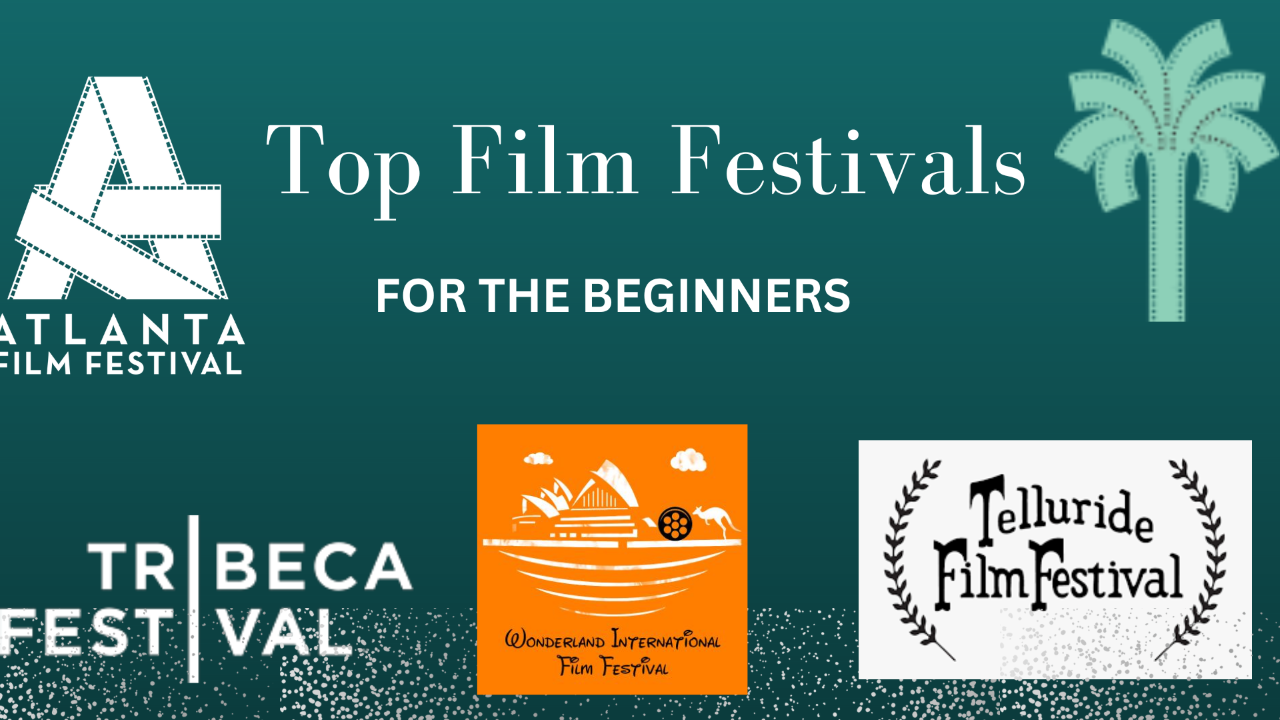 Top Film Festivals For The Beginners

Perhaps you’ve already worked on a few independent films or you’re just getting started on your first short film. In either case, if you’re thinking about entering, you should have a few film festivals in mind. Researching a few film festivals before starting your project is typically a smart idea because it will be helpful to know which ones you intend to apply to and what kinds of films they typically show.

It goes without saying that you should employ your own originality to wow the judges, but it also pays to be aware of the genres of movies that have previously won. Grab your best camera gear, start writing down your script, and check out these top film festivals for aspiring filmmakers to get started.

Atlanta has recently gained popularity as a location for TV and movie production, luring a large influx of fresh talent. Each year, almost 30,000 people attend the festival in search of emerging new filmmakers, performers, and directors. You’ll not only have the chance to screen your movie at one of the few Oscar-qualifying film festivals, but you’ll also get the chance to meet and mingle with hundreds of key figures in the movie business.

The Palm Springs International ShortFest, another festival that qualifies for the Academy Awards, accepts submissions from all around the world. Amateur filmmakers are welcome to submit their best work, but all submissions must be no more than 40 minutes as this festival is especially interested in finding fresh talent. More than 100 films from the festival have won Oscars since it began in 1996, demonstrating that it is a great place for aspiring artists to get their start.

The Tribeca Film Festival in New York City is a fantastic choice if you’re looking to submit your movie for the first time. It is possible to get your idea seen for the first time at this festival because it welcomes entries from both new and seasoned filmmakers. The fact that the event will be held in New York City makes it a fantastic opportunity for filmmakers to network with other members of their industry.

The Wonderland International Film Festival is a part of an incredible global network that brings together multi-talented writers, composers of film scores, and filmmakers. You can network with other writers, directors, and producers at Wonderland to create new chances, build successful strategies, and establish new business relationships in the global film and entertainment sector.

The lovely Southwestern mountain hamlet of Telluride, Colorado, hosts the Telluride Film Festival every year. Unlike some of the other most well-known short film festivals, this one only allows submissions with a maximum running time of 60 minutes. This is a fantastic choice if your project doesn’t exactly meet the time restrictions of other festivals, however, the Telluride festival tends to accept fewer submissions with only 24 films getting in each year.

If you are an independent filmmaker, WFCN has the perfect platform for you. Once you are done making your independent movie, you can surf through our 550+ top film festivals and find your niche ones. We also have CANVAS, a platform for self-distribution. Go and check it out now!