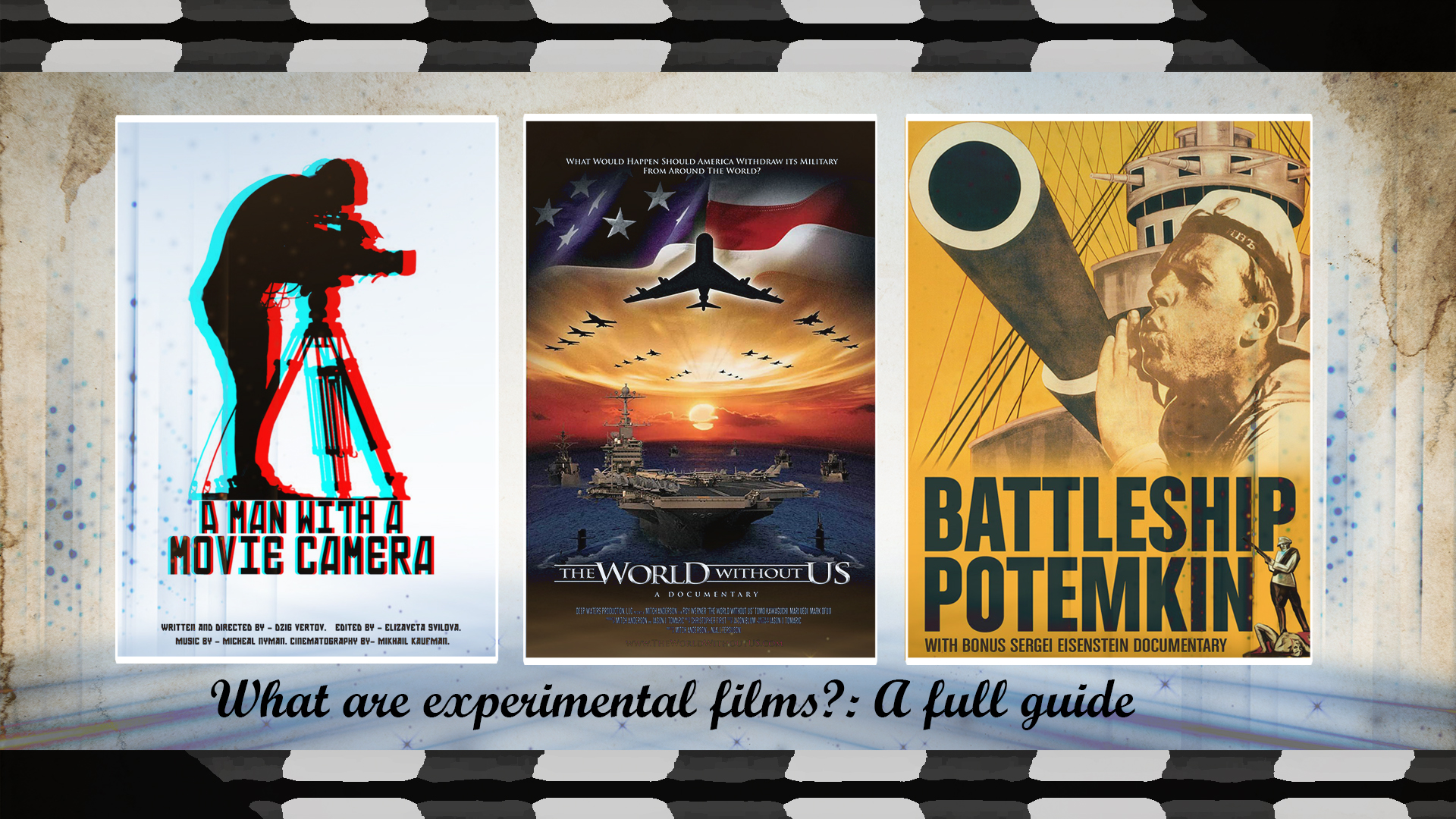 What are experimental films: A full guide

Among multiple genres of films, there is also a genre called ‘experimental film. Nowadays, most of the top film festivals are having a separate category for experimental films. But what is “Experimental Film’?

In easy terms, an experimental film is a genre of film where form usually takes precedence over content. They may forgo conventional story structure or employ visual effects that are uncommon in mainstream film.

This particular genre is called Avant-garde cinema. To make things very clear, experimental films are NOT only:

2) A film that plays around surrealism.

3) A cinema without any structural storyline

4) A film that is incoherent

5) A film that has stylized, distinctive editing.

These characteristics are some of the few that juries take in mind while judging experimental films at any top film festival. The general audience frequently finds avant-garde films challenging to comprehend and appreciate. The avant-garde film is often created with the goal that it will be presented to a group of individuals who do have some interest in or comprehension of the avant-garde. They are not meant for a large audience.

At first, experimental films were only made by European and American Directors like Luis Buñuel, Maya Deren, Stan Brakhage, Bruce Conner, Len Lye, Kenneth Anger, and Andy Warhol. Now many experienced and amateur filmmaker from different parts of the country makes these kinds of movies and screen them at different Upcoming film festival. However, there are some best-of-the-best avant-garde movies that set the bar really high. For example, Cat’s Cradle (1928), Man with a Movie Camera (1929), Un Chien Andalou (1929), The World Without US (1964), and last but not least Sergei Eisenstein’s “The Battleship Potemkin,”

The vanguard of artistic creativity has always been experimental cinema. This kind of filmmaking’s independence enables the development of fresh aesthetics and production methods that may be used in a wide range of different media.

Also, experimental film is quite well-liked in both academic and artistic circles. Since its debut, the avant-garde film has influenced a variety of other artistic disciplines, including abstract painting and contemporary dance.

Hopefully, now you have understood what experimental film is and why is it beneficial to make such films. Now, if these films come under your niche, then go on to make them and submit them to several top film festivals to receive recognition.