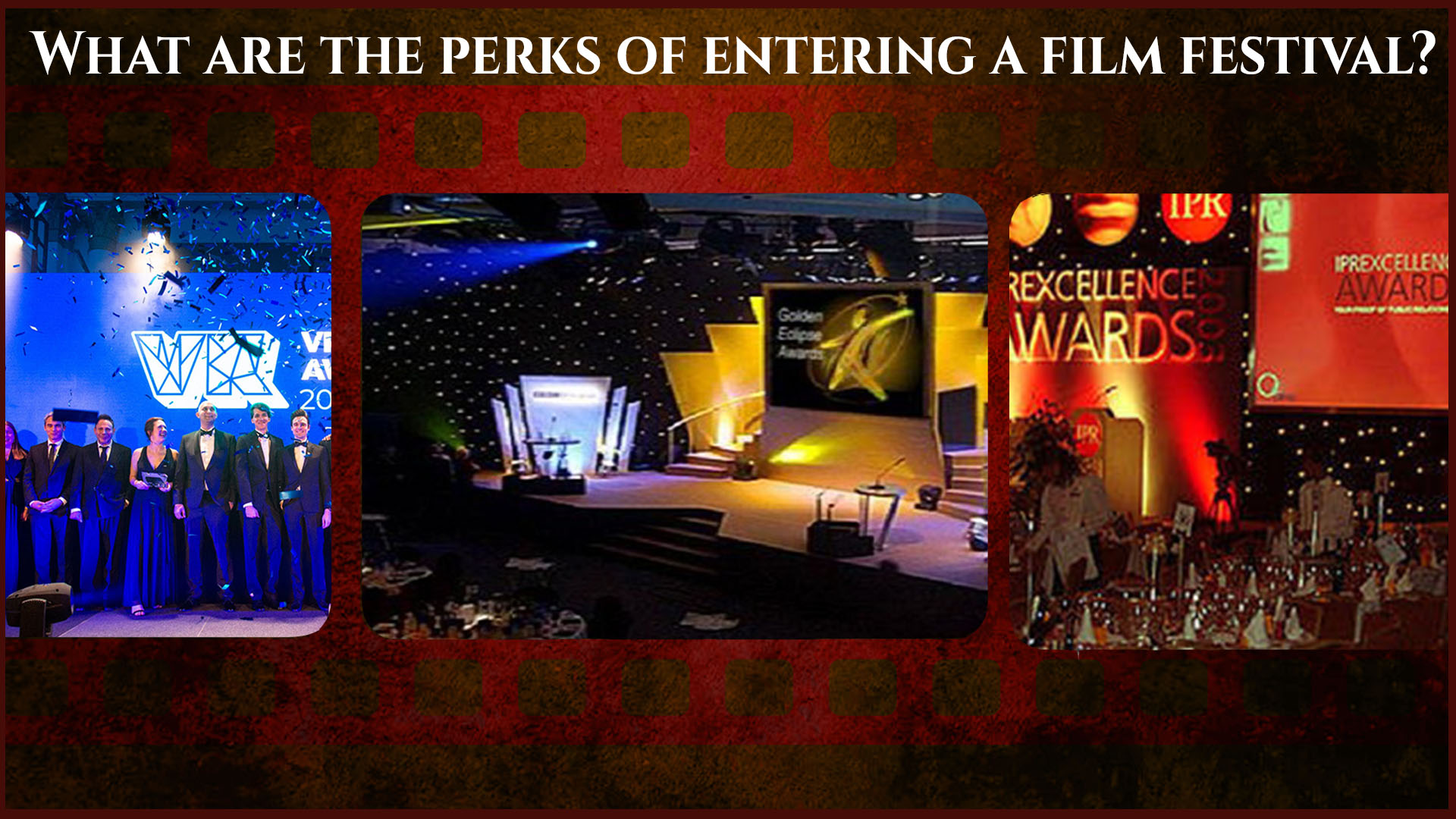 What are the perks of entering a film festival?

Currently, over 10,000 film festivals are happening around the globe. Thousands of filmmakers are participating in them. The majority of which, such as the Cannes International Film Festival, require cash to get an access permit. But are the filmmakers so desperate to get a trophy that they are attending and submitting to film festivals with their own money? It’s not that simple. Let us divulge the secret perks of attending a film festival:

The most obvious- get awards

This is probably the answer to this topic. Yes, validations from the erudite juries around the globe do feel good. Any filmmaker has this dream of getting onto the stage, holding a trophy in his hands, and giving a speech. This sense of validation inspires them to work harder and do better in their professional careers. So awards [check]

Taking part in a panel discussion

Oh dude, doesn’t it feel empowering- giving interviews at a film festival, and speaking up your views in front of an audience, who are waiting for your answer! Tell the truth, you already pictured this in your head, right? No need to feel shy. After all, we all love a little fame; we all love when people give importance to our words. It is also a great opportunity for you to whet your public speaking skills.

Many filmmakers submit their films to prestigious top film festivals in order for acquisition executives to watch them and make them a distribution offer. Typically, film buyers only visit big and mid-level festivals. However, if you create an effective public relations campaign for a lesser festival, they may make their way to your screening. The last thing you want is for them to scurry around the festival seeking for you only to discover you didn’t come.

There is no better method to form long-lasting bonds than to shake someone’s hand and look them in the eyes. Sure, social media allows you to connect with people from the comfort of your own home, but being “in the room” is still the most effective way to expand your network. So yes, attending a film festival like Berlinale, Venice, Slamdance or even Chicago Cinemalia Film Festival is a great chance

If you want to get an accurate review of your film, then you can attend a certain genre of film festival. For example, for your horror film, you can go for ScreamFest, or maybe for romantic movies, you can opt for Love Film Festival. You can have genuine reviews from the best connoisseurs of that particular genre.

Now you know all the secret perks of attending a film festival. Now go on WFCN or Filmfreeway to submit your film to one of the top film festivals right now!