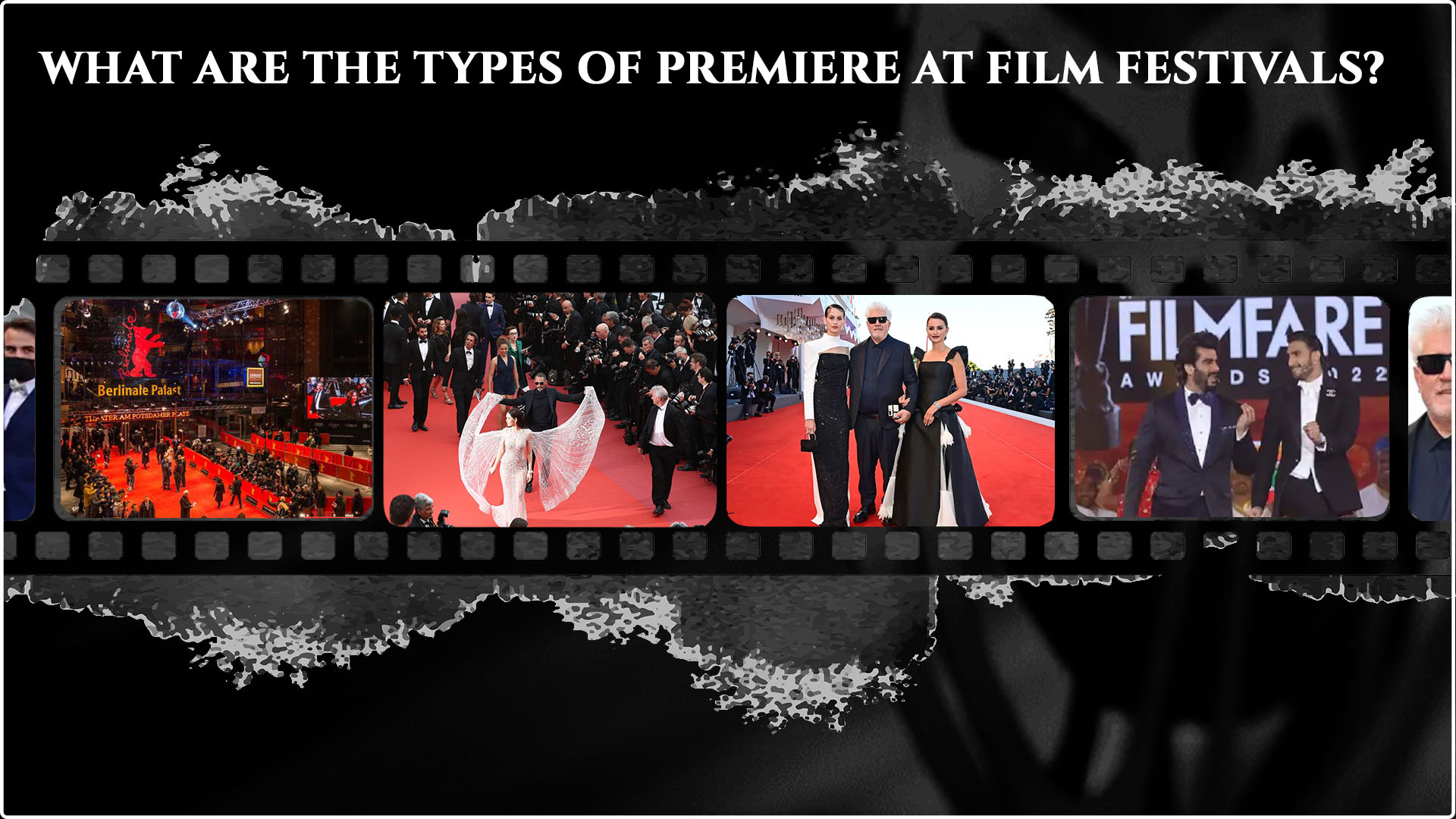 What are the types of premieres at film festivals?

While smaller festivals are content with a regional or national premiere, major film festivals demand the “right of the first night.” The major premiere categories have been examined, going from highest “importance” to lowest. To make things easier for you, we have compiled all the information about premiers and their types in this blog. So, read it out till the end to understand what is it and why it matters to you.

So, let us start with the elephant in the room, which is:

These types of premieres are generally adorned by some of the big film festivals around the globe. Having a world premiere at a film festival is kind of a big deal for an independent filmmaker. It helps in the distribution of the film, and even, increases the chance of winning awards at different film festivals.

The concept of the International premiere is broader. You can’t just simplify it by saying that a film that is screened at an international film festival or just out of its origin country is called an international film premiere. There are more dimensions to it. If a festival prefers international premieres, you could have to stop your movie from being screened in any other foreign public venue. Sometimes the work required to get the movie exhibited in a more famous festival, like Berlinale Shorts, is worthwhile. Be patient and play it correctly since it’s a long game!

If you are one of those independent filmmakers who don’t like waiting for long or standing in a long queue, then entering world premieres might be a hard task for you. To avoid the wait, and to save some creative time, you can opt for national premieres. When you Screen your film in your original country for the first time, then it is called a national premiere.

However, if you already have premiered your movie at a global premiere, then it will still be considered as the world and national premiere at the same time.

It comes last on the list of film premieres. If a festival requests regional premiere status, it indicates that your movie is only eligible if it has never previously been shown to the general public as part of a film festival in that region, such as a state or a city. In this way, a movie may have its debut in Bavaria, New York City, etc. Very few film festivals adhere to this style of a film premiere. It strictly sticks to its regional cultural theme, religious values, and storylines. If your film falls into these categories, then go ahead and have a screening regionally.

Keep in mind that you may persuade festivals to screen your movie by touting its premiere status. In the early stages of your career, when you most need it, you may obtain attention and recognition for your work by using these labels carefully.

So, buckle up and find your favorite film festival on WFCN and submit your film now for a GRAND PREMIERE.