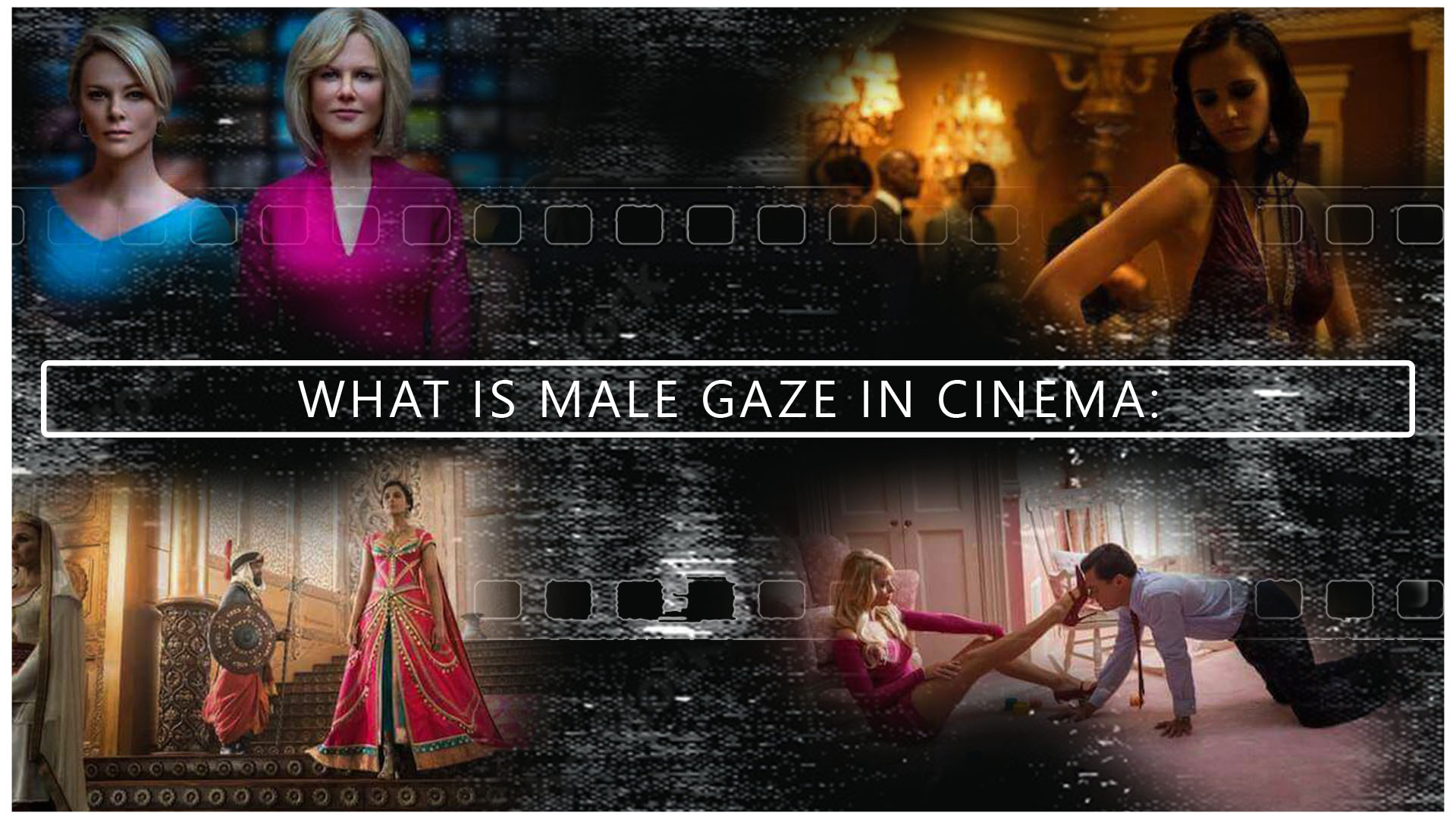 What is Male Gaze in cinema: An Explanation with Example.

“In a world ordered by sexual imbalance, pleasure in looking has been split between active/male and passive/female.”

The term “male gaze” was coined by Mulvey in her 1973 seminal paper Visual Pleasure and Narrative Cinema. In the generally male driven film industry, men are often the protagonists and women take a back seat. They are shown in a more passive approach.

We must remember that, Mulvey was composing an academic paper for a scholarly readership. So, when she talks about "pleasure in seeing," she's alluding to the psychological idea that one of the reasons we love movies is that we enjoy observing others without being seen ourselves.

“The determining male gaze” is the result of all things put together. Men writing stories, men being the protagonists, male directing the movies, men determining the flow of the story and the position of every character, male being the good and the bad, while women just are being puppet in their hands. In other words, we've all been programmed to adopt the masculine gaze since that's how classic movies "raised" us. So, in other words, “the determining male gaze” is straight up patriarchy, where a gender decides, controls and judges the “second sex”.

Female characters must fulfill their plot role while also complying with heterosexual male sexual attraction — albeit not necessarily literally. Being gorgeous (or "sexy") is all that is required. Female objectification is a regular part of “male gaze”. Men often as a protagonist or as an audience looks at female body as an object of desire, camera focuses more on her sexual parts like waists, breasts, lips and hips.

Here is an example for that:

Aladdin is a 2019 traditional family film that was released. Despite the fact that Jasmine in the twenty-first century has her own ambitions and stands up for herself throughout the film, she is nonetheless objectified by the plot and every male in it. Jasmine (Naomi Scott) is a valuable item hidden away for security by her Sultan father. Jasmine is a prized commodity to the evil Jafar (Marwan Kenzari) in exchange for increasing power and influence.And Jasmine is a treasure for Aladdin (Mena Massoud), the hero. Which he eventually does with the assistance of his loyal companion, Genie (Will Smith).