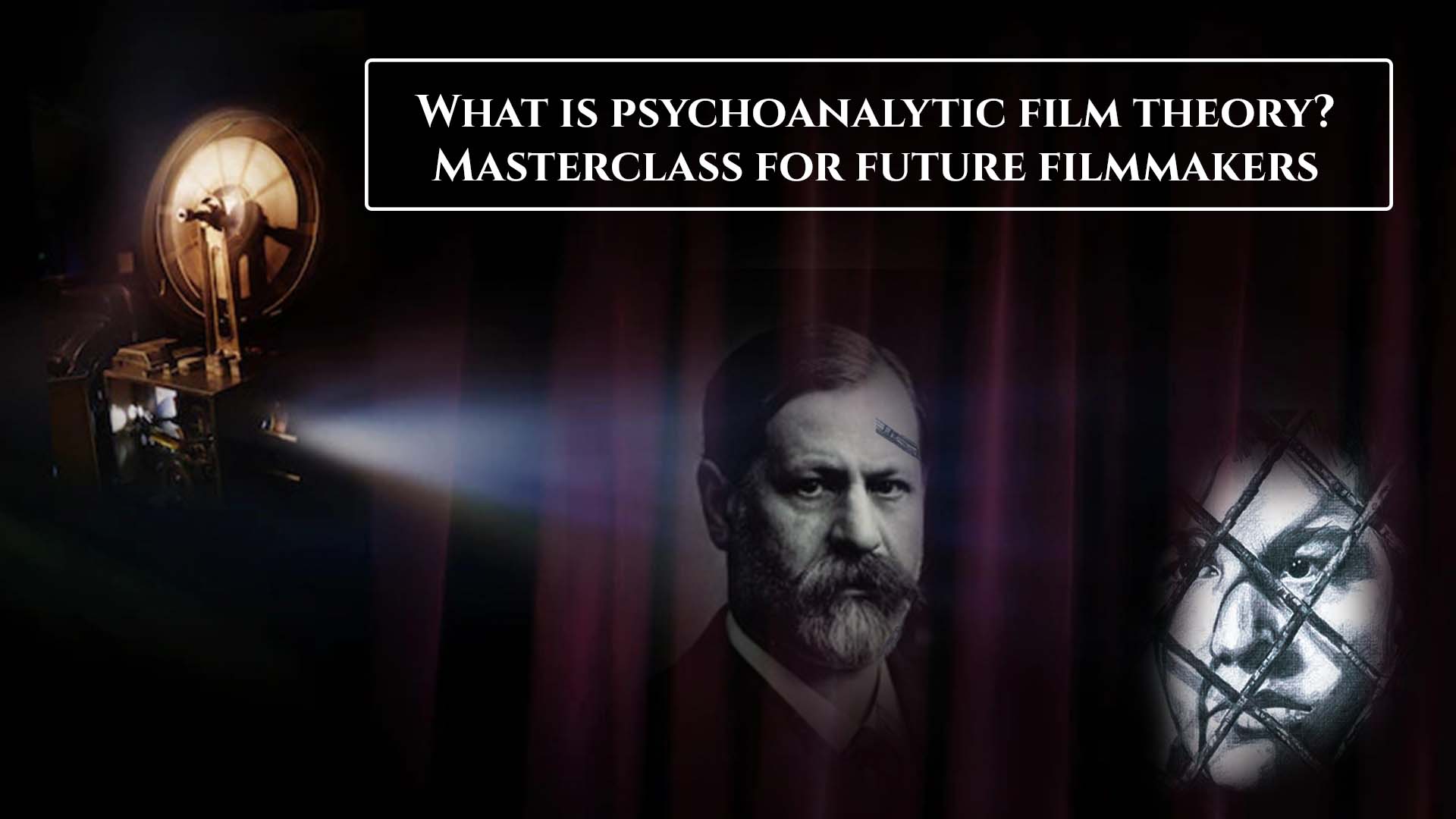 What is psychoanalytic film theory? Masterclass for future filmmakers

Though making a film is a freedom of creativity, still there are some set patterns and rules for making a film, which we generally call film theory. One of those film theories is the psychoanalytic film theory. According to psychologists, cinema has a deeper impact on the human psyche, more than we can comprehend. The reason behind this is, the human mind can perceive and understand moving images much better. Don’t skip away, because for an independent filmmaker, knowing how to impact the audience’s brain is like hitting a jackpot. So, stay with us till the end…

Psychology could be used to examine the mystery underlying ideas and unconscious activities in the human mind. This cognitive process is linked to cinema studies in order to perform psychoanalysis on films.

Sigmund Freud’s psychoanalytic theory method begins with comprehending the human psyche, which seeks to fulfill wants and desires or drowns in self-pity and self-disgust due to guilt. These sentiments, buried deep within a person’s subconscious mind, arise unintentionally as projections known as dreams.

Psychoanalytic cinema theory investigates the psyche of the filmmaker, characters, topics, and, in certain cases, the audience. The work of theorists such as Freud, Jung, and Lacan is frequently used by critics. The psychoanalytic analysis is used on a wide spectrum of foreign filmmakers, but no discernible pattern emerges. Andrei Tarkovsky is the only director who received more than one psychoanalytic therapy, with two films exploring the significance of symbols. Peter William Evans uses psychoanalysis and post-Freudian gender and sexual theory in The Works of Luis Bunuel: Subjectivity and Desire to examine Bunuel's films as personal fantasies and reflections of a larger society. In Pasolini: Forms of Subjectivity, Robert Gordon ventures into cultural studies, suggesting that Pier Paolo Pasolini’s films and other works are subjective, advocating visual poetics of the gaze while focusing on the subjects of death, eating, and desire.

How does it interest young filmmakers?

The base of film festivals around the globe is judging your film by many aspects. One of them is how much the film can impact viewers. Basically, how much the emotions or the message is reaching out to the public. So. If you know the theory of psychoanalytic, you can easily your film scripts, and cinematography. Groove your direction in the way of a deeper impact on judges and other viewers. If you succeed in doing this, rest assured your film will be the winner in any top film festival.