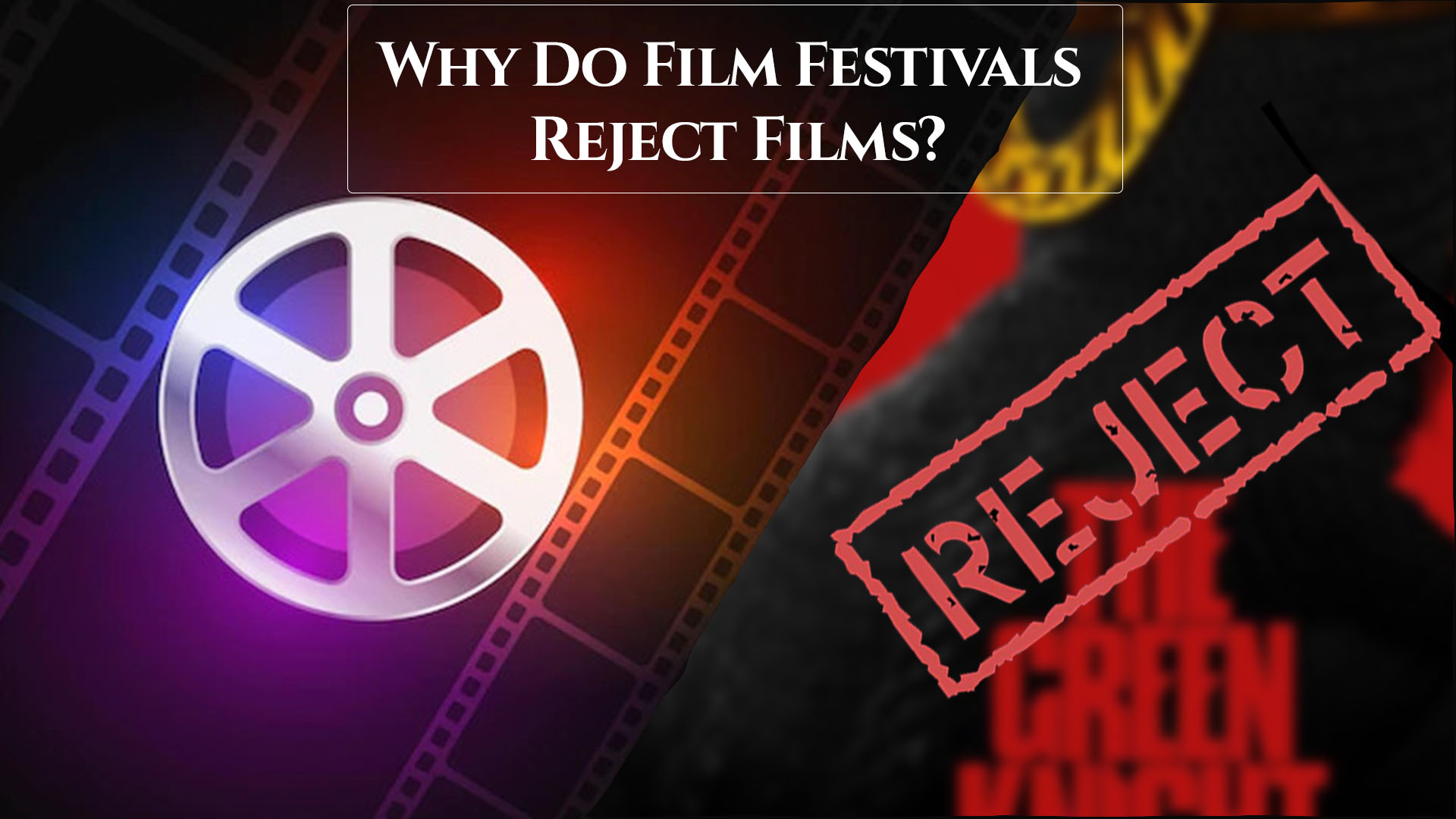 Why Do Film Festivals Reject Films?

As a filmmaker, you might not realize that an individual film festival receives 3000+ film submissions each year (on average). Getting officially selected is really hard. As easy may the whole process may sound, there is a high chance that your film might be rejected and for good, They will not even screen it.

No, they are not stupid or careless to reject a film without any valid reason. Before you get too excited just read this blog completely to understand why Film Festivals reject a film.

The reason behind rejecting the films?

The parameter of cinema is not set with most upcoming film festivals. However, they certainly look for something. We spoke with Ms. Anwesha Sarkar, festival; director of The Cult Critic Movie Awards, and tried to understand how they judge a film. Here are some points that she mentioned.

Let us get this one straight. Though you may think that your film just takes a few minutes, Film festivals, on the other hand, receives a ton of “few minutes”. With a limited time slot, they can not screen every movie at their film festival. Anwesha mentioned that this year they received almost 200 submissions for sci-fi films only.

See here? If you are not thinking out of the box, you are not giving them something very unique, your film WILL be rejected due to time constraints. And please, juries are not stupid, so do not copy someone else’s work and publish it by your name. They will look it up.

No offense, but just because people have easy access to cameras and editing is now possible on phones only, does not make them a filmmaker. Juries are experienced movie industry personnel. They will not choose bad writing, amateurish acting, or even child-like editing. You need to have at least the basic skills to make decent films.

3. Does not fit into any category or theme

A filmmaker must understand that for the sake of sorting timeliness they divide films into categories. If you do not fit into any of them then your film is out of the festival.

They are humans as well. Your movie is not judged by one judge, take any film festival. There is always a panel of judges who judge your film. There has to be a conflict of aesthetics, and liking between the judges. Though it is very rare there might be some incidents where the juries had an inner conflict, and decided to not move further

We hope you understood why film festivals reject films, and what you should do about it. You can find more such information on visit https://www.wfcn.co/blog/how-to-make-your-movie-submission-stand-out-at-any-festival .