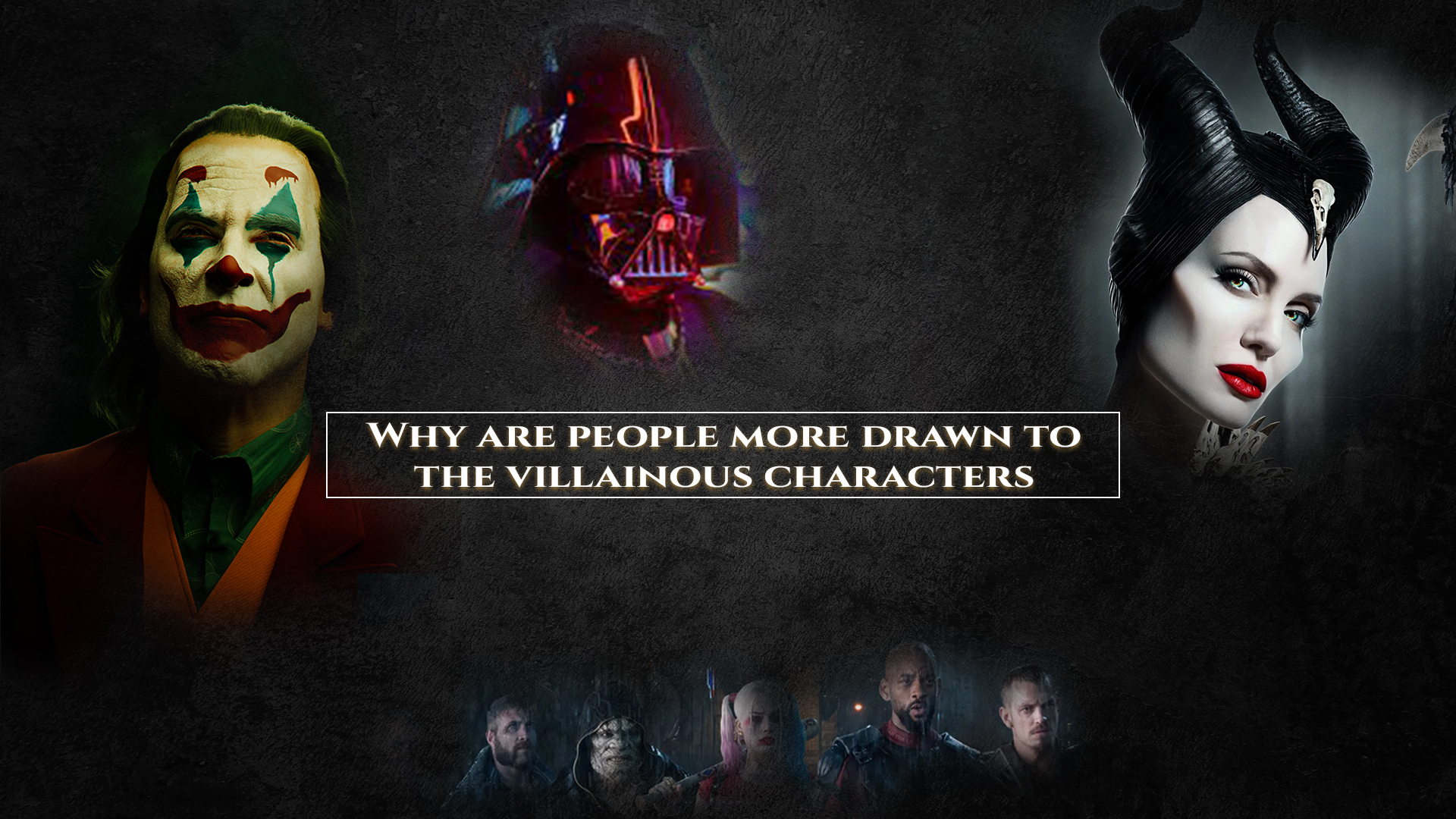 Why people are more drawn to the villainous characters?

Up until the late 2000’s all movie industry showed us that world is either completely ‘black’ or completely ‘white’. But now we all know, thanks to the evolution of cinema that is nobody is purely black or white. Everyone has some grey aspect to them personally.

As a child we all used to hate the villains and jump up the seat when the heroes used to beat up the “bad guys” in the movie. Now with the rise of the grey character concept, people seem to connect and support the bad guy more than the good guy. See for example, Darth Vader, Joker, Maleficent, Suicide Squad and many more other films who seems to connect with the audience from their inside.

There is always a method to the madness lets discuss the method further.

‘Good people should not talk too much, must not protest, must be submissive to the authority, sit properly, stand properly, and behave in a certain manner’- people feel suffocated and exhausted obeying these rules. We all feel somewhat trapped inside a cage, where freedom is just a faux concept.

But when you look at the villains, they don’t care what the rules are, what others might think about them- they just do what they feel like doing. Yes, it might be immoral, it might be ‘wrong’ but honestly speaking it feels free, it’s like a fresh breath of air. What people cannot do in real life, they enjoy when other guy does the job for them.

People are more drawn to the similar people. When a dark character has similar characteristics with you subconsciously or perhaps, you both have similar background, and then you feel connected with the dark guy, more than the ideal hero.

You don’t need to deny this fact, after all no matter how much you hate a certain person; you won’t run off to kill him/her. You cannot control your subconscious mind. Dark guys give you a free space to explore your mental darkness, acknowledge the messed up part of your brain and find a way to cope with that.

People are concerned with their self-image and like to perceive oneself in a good light. Furthermore, they attempt to prevent any unfavorable connections that may harm their self-image. In this situation, the researchers wanted to see if people preferred villains as a safe method to explore darker tendencies or activities without fear of being judged. When Lord Voldemort declared that he and Harry were quite similar, Harry Potter promptly rejected any resemblance in personality qualities. In fact, people tend to ignore any knowledge that can undermine their favorable self-image.

There are many aspects to human brain, it’s still a mystery how it works. So keep watching new movies on WFCN film festivals and explore new dimensions each day.