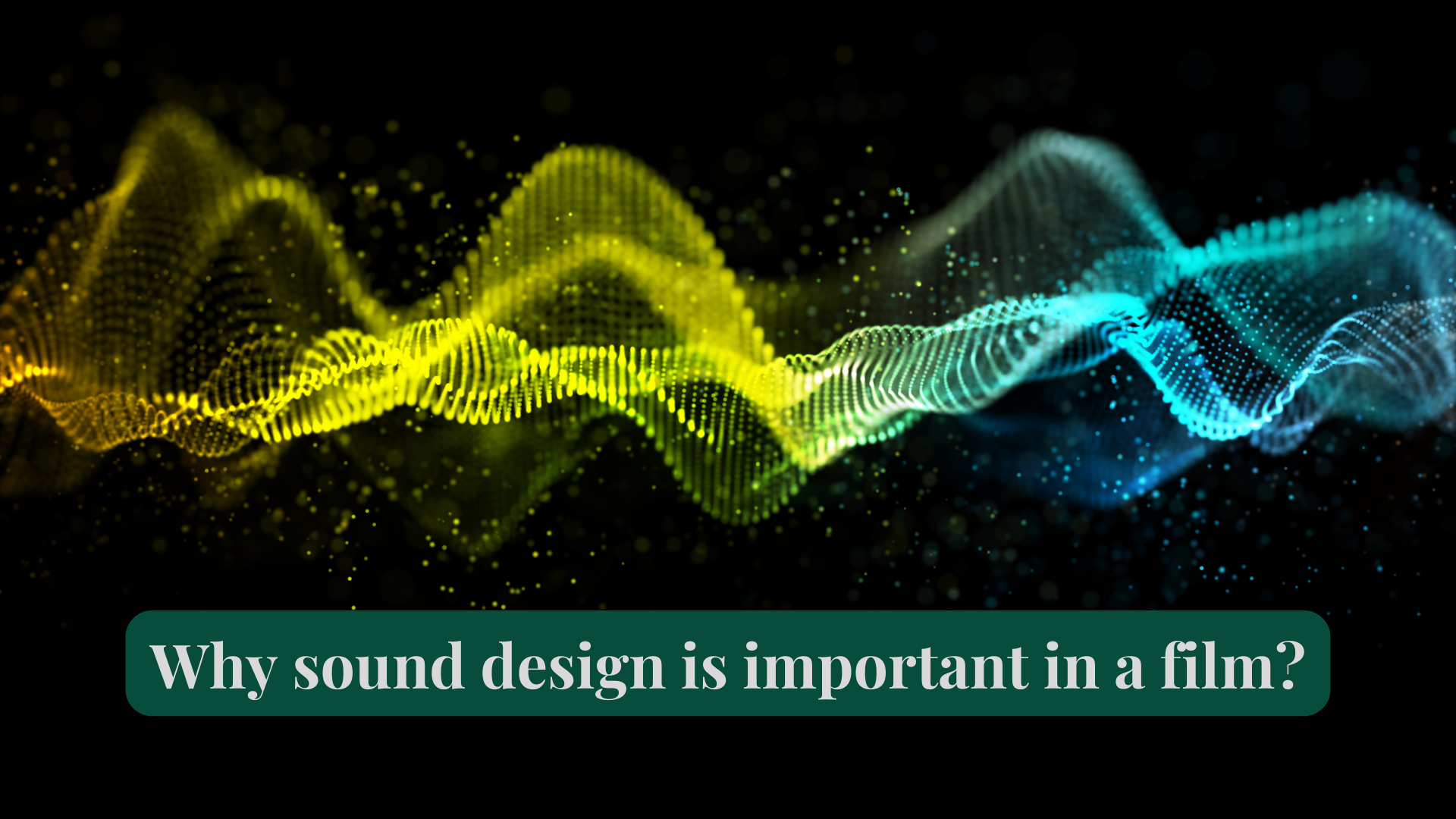 Why sound design is important in a film?

Nowadays there is a list of film festivals, and award shows which acknowledge the effort of a sound designer. Take, for example; the Cult Critic Movie Awards- this renowned festival has a separate category for sound designers only. But have you wondered “why”? Why sound designing is so important? If your answer is no. then you need to read this blog, especially if you are a bussing filmmaker.

Leaving away the audio track demonstrates how vital sound design is for a cinema to operate as planned. Films rely on audio as much as they do on images to express the overall feel of the tale.

3 reasons why sound designing is important?

In other words, the quality of your sound design may determine if your film is good or awful. Here are some points on the relevance of sound design to filmmaking to help you understand its full significance:

The sound design of a film improves the feel of the film's surroundings. Each film's presentation must include clean and clear sound snippets. This is an issue since sounds captured in raw production are not clean and may contain additional details such as noise.

This is exactly where you are going to need your sound designer. This designated person only adds later most sounds of any film on. That’s how the audience can listen to a crisper and clearer voice effect. This is also the criteria of many top film festivals around the globe.

Another goal of sound design is to portray the tone of a sequence so that the viewer can have an intense response. This is the usage of music - various forms of music may elicit specific feelings when combined with a specific situation. A war, for example, requires quick music to express stress and activity. Horror sequences, on the other hand, generally work well with music that begins quietly and gradually builds up until it gets tense at the proper point in the scene.

Puts your own touch

A certain director can sign certain sound designs. For example, the Oscar-winning director, Satyajit Ray is known for his Mozart 25 tune. Not only have the directors- some tunes become synonymous with the film. This only adds to the popularity of the film. Sound mixers, sound engineers, and composers like to play with their own tunes and make them their own.

So if you are an independent film director who is new to this film business, always remember, you can never forget about sound designing before screening at any upcoming film festivals