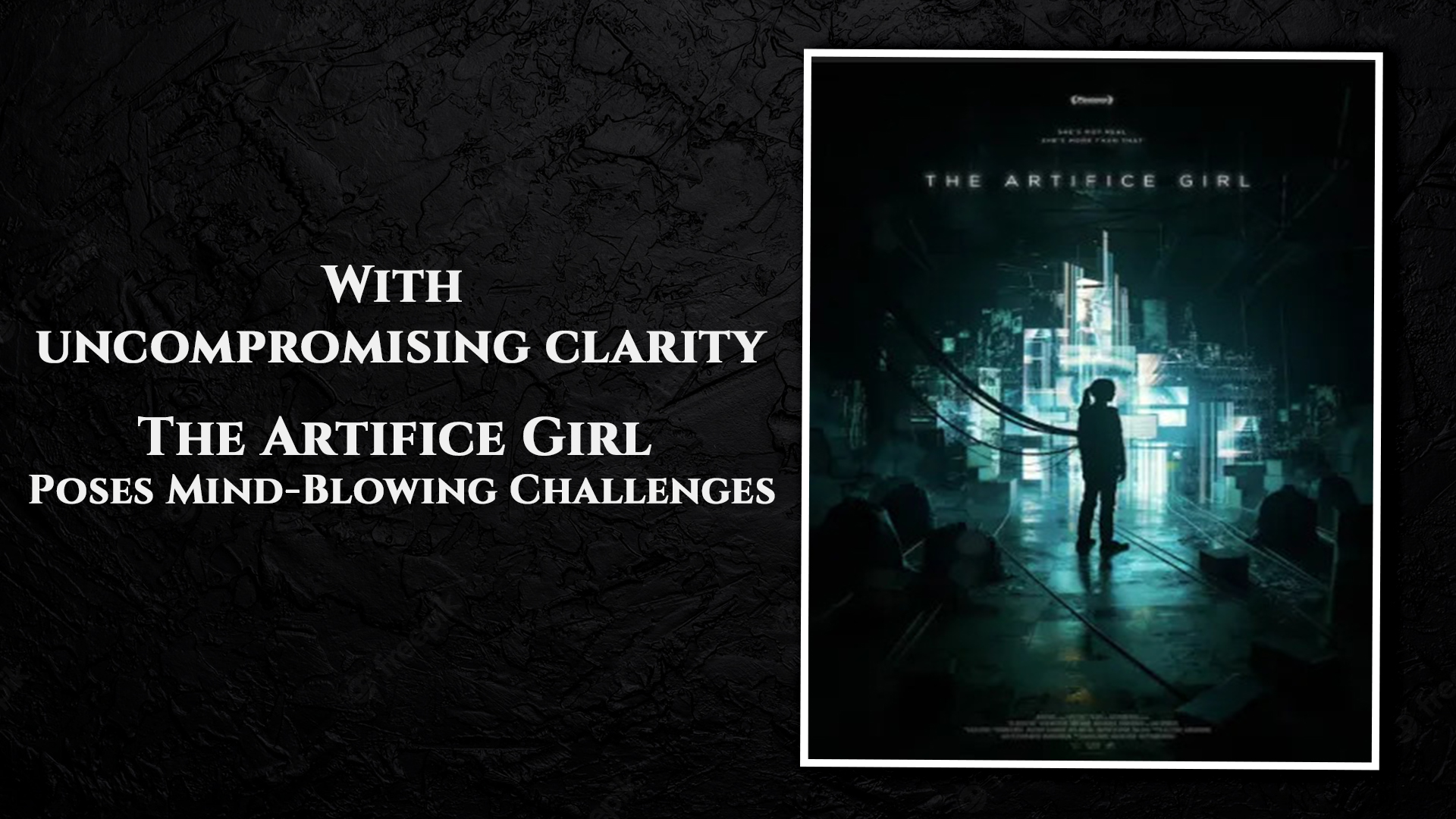 The Artifice Girl creates a more immersive environment than many shows that are ten times its size. Franklin Ritch, who should be immediately snatched up by Netflix or HBO Max for a distribution deal, wrote and directed the film. It uses only five actors and a handful of sets to create a chilling but fascinating reality that is similar to our own and poses challenging concerns about selfhood and consent.

A stealthy young guy (Ritch) is interrogated by two enigmatic government officials (Sinda Nichols and David Girard) who insist that he reveal an online alias at the start of the film, which was a highlight at the Fantasia Film Festival. We find out what the young person is doing and why after an interlude that makes light of the overly elaborate CGI effects used in Star Wars-scale blockbusters. The greatest stakes are involved in the formation of an unforeseen partnership. The title character, The Artifice Girl, is introduced to us, and Tatum Matthews, an exceptional young actor, portrays her.

Because I believe the movie is most successful if you view it as I did, knowing only its interesting title, I’m giving away as little information as possible. There are ten players total, but only five speak nearly exclusively, bouncing about complex concepts including when to give children and computers certain rights and how to prevent their misuse. We are asked how machines differ from us. It’s excellent science fiction that’s incredibly relatable.

Ritch does many things that screenwriters are constantly advised against doing, such as having their characters dispense a tonne of information and make broad assumptions. Very little is happening. The characters, though, are so good at engrossing you in their aspirations and concerns that The Artifice Girl is essentially impossible to put down. They converse with one another in a skillfully choreographed exchange of energy and passion. The sleek, effective, and uncomplicated cinematography of Britt McTammany effectively captures the emotional tone of the film. It helps that the language is so straightforward and succinct: a standout is a monologue about selecting meals.

Ritch is a talented writer-director who also excels as an actor. The fact that The Artifice Girl is his debut picture is particularly amazing. A part of me wants him to make Star Wars-sized movies respectable, but more than that, I want to see what else he can accomplish with a few talented actors in a few unassuming locations. His concepts are expansive enough to be seen on a large screen and to stick with us long after. Moore’s Law will continue to work its magic, and as we use computers to police people more and more, the questions he raises will only get more compelling.

The Paper Street Pictures producers Aaron B. Koontz and Ashleigh Snead, executive producer Peter Kuplowsky, and Ritch, who also produces through his Last Resort Ideas company, should all be proud. Ritch is based in Jacksonville, Florida, distant from the bustle of New York and Los Angeles, and it is obvious that this has given him time to reflect. The Artifice Girl is the pinnacle of independent genre cinema.