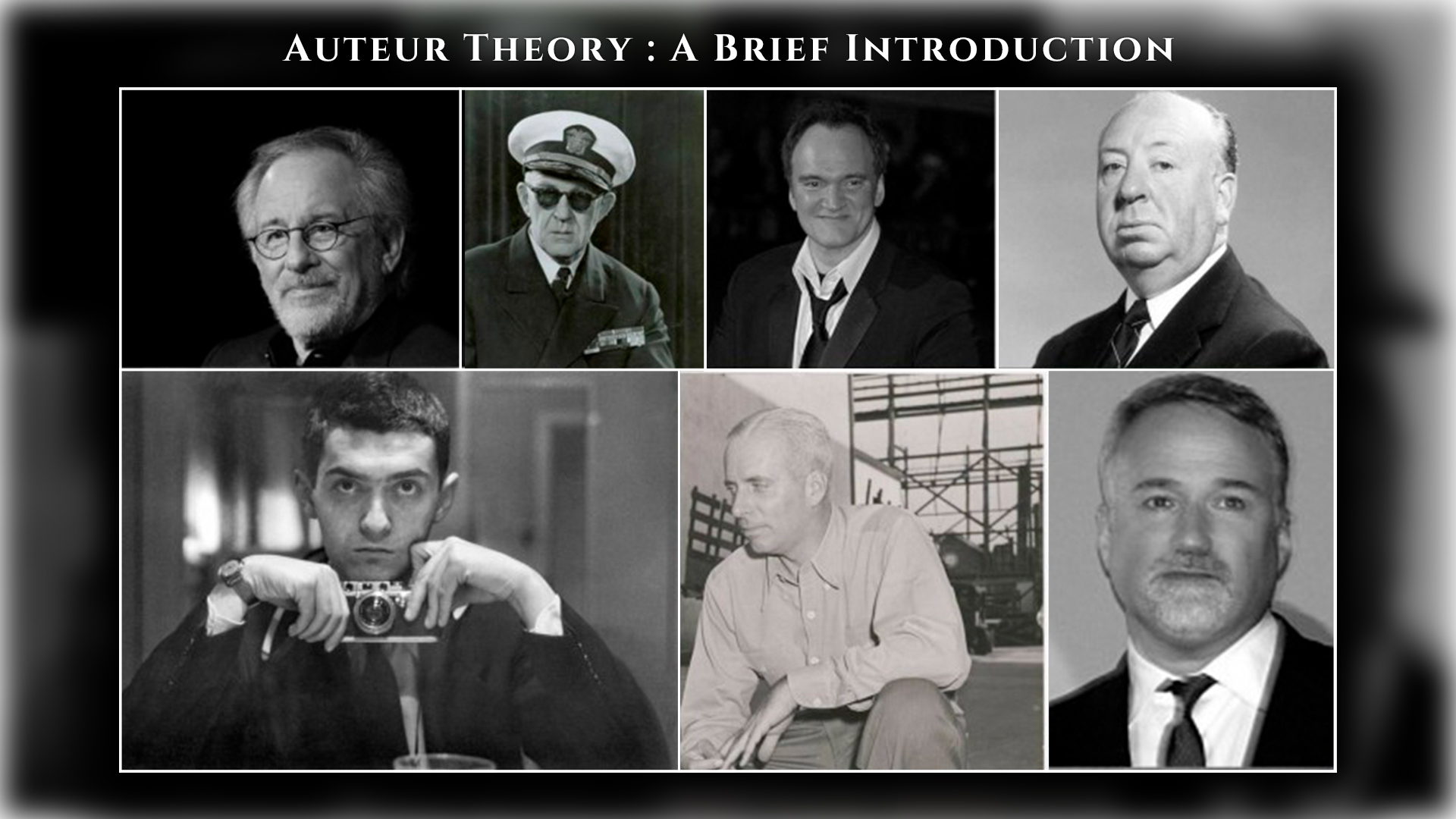 Auteur Theory is a style of viewing films in which the filmmaker is regarded as the “author.” According to the Auteur theory, a film reflects the director’s artistic vision; thus, a film directed by a particular filmmaker will have recognizable, recurring patterns and sensory queues that inform the viewer who the director is (think of a Hitchcock or Tarantino movie) and demonstrate a sustained artistic individuality all through that director’s filmography.

People created the idea of the filmmaker as an artist during the French New Wave. They didn’t come up with the concept, but they popularised it. Max Reinhardt, a German filmmaker who began his career as a German theatrical director, invented the concept of the auteur — the film’s author. He came up with that when he was in his teens…. So it was popularised or revitalized by Truffaut and the French New Wave.

The critics of the French film newspaper Cahiers du cinéma coined the term “auteur theory,” and several of them went on to become directors of the French New Wave. The concept, though, has been there for a while, according to New York University professor Julian Cornell. As Cahiers du Cinéma made it simple for us. Alfred Hitchcock was pointed out by the Cahiers critics as the personification of the auteur concept.

Many people thought of Alfred Hitchcock as a “vulgar showman” who manufactured commercial thrillers. However, his passions in his films and the unmistakable imprint of his individuality in all of his works made him a great target for critical attention within the paradigm of a theory that fetishizes the idea of a solitary, distinct vision that can be seen clearly across a career. The audience may recognize certain ideas and visuals that appear in all of Alfred Hitchcock’s films. The word “Hitchcock Blonde” is derived from this.

To know more watch the video:

Consider Spielberg, Scorsese, Kubrick, Coppola, Fincher, Nolan, PT Anderson, Burton, Tarantino, Wes Anderson, or the Cassevettes; each has its own distinct style. Many of them have such a distinct visual style that you can spot one of their films just by looking at a few scenes.