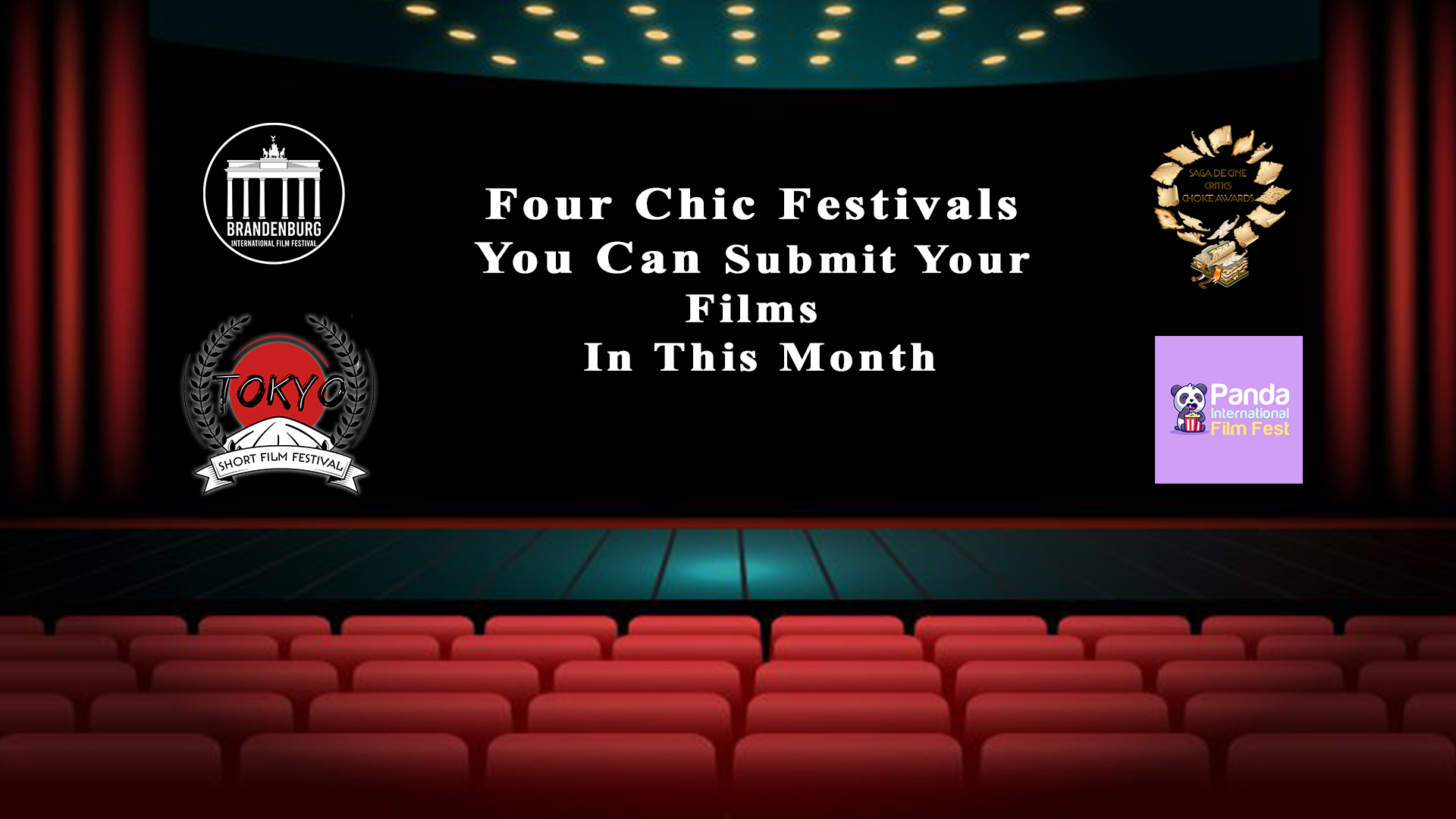 Four Chic Festivals You Can Submit Your Films In April-May

In WFCN, we have film festivals from around the world. Film festivals are places where films can be explored and endorsed by audiences of all ages. New filmmakers need to have their films screened in front of different audiences and cities. The amount of recognition they get in various film festivals directly affects their chances of entering the circle of the esteemed film community. So, festivals are One of the most effective places for Independent Filmmakers.

ABOUT: The Panda International Film Fest’s mission is to celebrate the independent motion picture and literary arts by providing a platform for filmmakers and writers to have their work awarded and screened.

Last date of submission: 4th May

About: Spain is a colorful country with so many stories to tell; the beautiful Mediterranean beaches, the festival of La Tomatina. Inspired by those spectacular sagas (stories) of the varied land they have brought to you this amazing festival.

Last date of submission: 21st May

About: The colorful city of Tokyo presents you with an amazing film festival which is named after this beautiful city of Tokyo. The Tokyo Short Film Festival is initiated with the perspective to promote and uplift Independent Films across the globe.