With no more than four under 16 minute films or videos screening and discussed each day, attending Hollywood film industry reps and media reps share ideas that could allow screening films or videos to obtain greater visibility.

Gathering includes the Retreat Director explaining how, during the Pandemic, he has secured more than 500 Awards, over $3500.00 in cash prizes, distribution for some and more for the 20+ short films/videos that are being marketed through his Walker Entertainer Academy Short Film Marketing campaigns.

The first 4 COMPLETE submissions in each Category will be Officially Selected and nominated.

in advance of the Indigenous Film Retreats 2022 Rancho Cucamonga, CA 91730 USA Holiday weekend, all Officially Selected films or videos will receive via email, laurels and a digital Award Nomination certificate.


The below Indigenous Film Retreats Award winning production companies will each be offered a submission waiver and special consideration for a single subsequent year qualified film or video submission.

The GRAND PRIZE winning production company will be offered an annual submission waiver and special consideration for a single film or video that qualifies during multiple subsequent years of participation. As well, the attending GRAND PRIZE winning film or video's representative will receive their framed certificate and trophy only at the 10/10/22 Awards Breakfast. Plus, the GRAND PRIZE winning film or video will receive a GURANTEED SUCCESSFUL 6 month Walker Entertainer Academy marketing campaign that will result in at least 5 Awards from 3 continents and more. The 1st year‚Äôs winner received 12 submissions on 3 continents to 5 countries and 5 United States. Now with a nearly 100% selection rate including: Hollywood's famous TCL Chinese 6 Theatre, a tour of schools and a tour of Romania, multiple awards were won from those selections such as the World Film Fair 2018 Best Short Film from screening in New York City's Theater District.

In identifying the GRAND PRIZE winner, the Officially Selected attending Representatives will not be allowed to vote for their own film or video. However, all other attendees may vote for any single film or video that they chose.


Although they do not need to be present at the 10/10/22 Indigenous Film Retreats Holiday Awards Breakfast to win, in order to receive their IFR 2022 Top Poster, Top Commercial and/or GRAND PRIZE winning Framed Certificate & Trophy, the winner's representative attendance at the Monday morning Holiday Event will be required.

SUBMITTED FILM OR VIDEO MUST BE UNDER 16 MINUTES IN LENGTH

To be Officially Selected each submitted film or video must have a POSTER on its WFCN platform.

If the Officially Selected film or video does not have an under 30 seconds in length COMMERCIAL in the Trailer section of their WFCN submission platform, Indigenous Film Retreats will edit such a COMMERCIAL to be included in the 2022 competition.

In order for an Officially Selected / Nominated film or video to screen, at least one of the production's representatives must attend the TOTAL Block in which their film or video is scheduled to appear.

While one's submission is in the Cart, Submitter must ATTACH a WFCN Cover Letter that LISTS:
1. Film Name & Submission Number, Attendee Name, Email Address, Phone Number and STREET ADDRESS of the Film‚Äôs representative who promises to attend (at his/her own cost) and speak about the marketing of their film or video directly following their live & in-person screening

4. A statement that the Film or video‚Äôs representative will ATTEND their Short‚Äôs TOTAL viewing block. 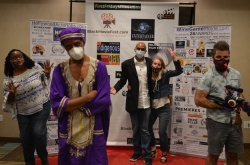 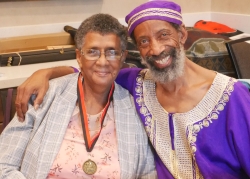 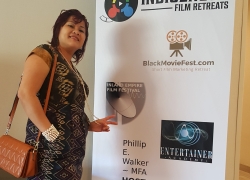